Ninety years after Hungary lost two-thirds of its territory in the Treaty of Trianon, a new law grants Hungarian citizenship to ethnic Hungarians living in bordering nations. But not all border nations favor the law. 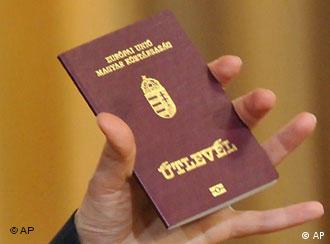 Hungary's incoming parliament has adopted a controversial law that will grant citizenship to ethnic Hungarians living in neighboring countries. Wednesday's vote came despite a major diplomatic row with Slovakia, which borders Hungary to the north. Slovakia's government has described the Hungarian legislation as a security threat.

The new law will allow millions of ethnic Hungarians residing in neighboring countries to apply for Hungarian citizenship. The only conditions are that they can prove Hungarian origin and speak the language.

The vote comes almost 90 years after Hungary lost two-thirds of its territory under the Treaty of Trianon which followed the First World War. About three million ethnic Hungarians live in those lost areas, which are now part of border nations such as Slovakia, Serbia, Ukraine and Romania.

The citizenship bill was an old pledge of the center-right Fidesz party, which won elections in April and now holds a powerful two-thirds majority in parliament. A Fidesz government is to be sworn in on Saturday. 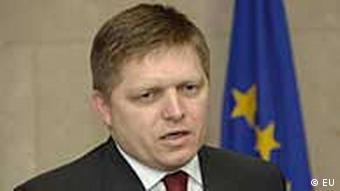 Slovak Prime Minister Robert Fico has condemned the citizenship law, which will come into force in January. He says granting Hungarian citizenship to Slovakia's half a million ethnic Hungarians amounts to a serious security threat for his nation.

Fico said it was "egotistic and arrogant" that the law was announced without any consultation with his country, adding that the policy would harm bilateral relations.

The Slovak parliament reacted by passing legislation the same day which will strip anyone of their Slovak citizenship if they take citizenship of another country.

Janos Martonyi, who is set to be foreign minister in the new Hungarian government, has described the Slovak prime minister's reaction as part of a campaign for the Slovak general elections in June.

Martonyi insists that the Hungarian legislation in no way affects Slovak interests or its territorial integrity and condemned what he views as political hysteria ahead of the parliamentary elections.

Bratislava has already recalled its ambassador from Budapest for consultations.

Several Hungarian legislators have also criticized the law as discriminatory because, while it grants citizenship, it does not grant voting rights to the ethnic Hungarians. Dozens of parliamentarians abstained from voting on the law, which was approved by 344 of the 386 Hungarian deputies. 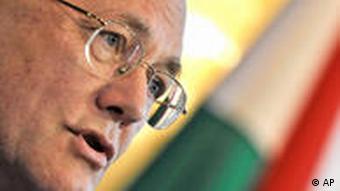 Balazs worries about the negative impact on Slovakia's Hungarian minority

Outgoing foreign minister Peter Balazs is concerned about the possible negative impact of the legislation on Slovakia's Hungarian minority.

He says the incoming government in Hungary should not rush the legislation ahead of Slovakia's elections, which are expected to be won by Prime Minister Fico. Balazs suggests that it can only harm the prospects of ethnic Hungarian politicians joining the next Slovak government.

The mounting tensions between Slovakia and Hungary are being closely monitored by the international community.

The two nations are part of the European Union and the North Atlantic Treaty Organization, which are both interested in stability in this often volatile region.

Growing poverty, violence and prejudice against Hungary's Roma have exposed the fissures in Hungarian society and have left the Roma facing a bleak and uncertain future. (18.05.2010)

Fear, speculation - and hope - mark Hungary's shift to the right

The arch-conservative Fidesz party stormed Hungary's elections, taking more than 50 percent of the vote. An extreme-right party came in third place. What does this sudden rise on the right say about Hungarian politics? (12.04.2010)