The international community has plenty of laws intended to protect human rights across the globe. But not everyone is practicing what they preach, according to Amnesty International's 2010 report on human rights. 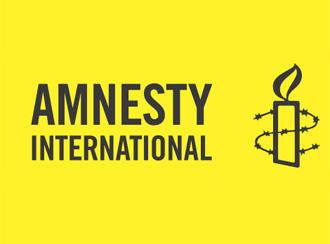 Human rights group Amnesty International said in its 2010 annual report released Thursday that a "global justice gap" allows the rights of millions to be violated while their persecutors enjoy impunity or protection.

"Governments must ensure that no one is above the law, and that everyone has access to justice for all human rights violations," Amnesty's interim Secretary General, Claudio Cordone, said in a press release. "Until governments stop subordinating justice to political self-interest, freedom from fear and freedom from want will remain elusive for most of humanity."

The report says that nations continue to protect the rights of some residents while actively denying those of others for political gain. It calls out some of the world's most powerful countries and the international community for failing to implement the ideals they proclaim, and for protecting themselves and their geopolitical allies from scrutiny when politically convenient.

Europe with work to do

Western Europe fell short of its promise in several areas, the report indicates, particularly regarding the rights of migrants, minorities, and those accused of terrorism-related crimes.

National security and terrorism fears too often trumped human rights, with several European countries being involved in "extraordinary rendition," in which terrorism suspects are sent to a third country, usually one known for torture, for interrogation. Others were detained without access to legal counsel or in inadequate conditions.

Amnesty said several European states - Poland, Italy, Romania, Lithuania and Germany - had been involved in sending terrorism suspects to places where they were at risk of being tortured. 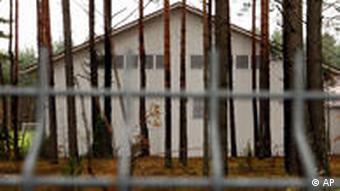 The group also condemned Germany's practice of using "diplomatic assurances" to justify returning terrorism suspects to such countries. "Such assurances are unreliable and do not provide an effective safeguard against torture," the report said. In other cases cited in the report, German authorities made use of evidence allegedly obtained as a result of torture.

Germany was criticized for a parliamentary investigation into the country's involvement in such renditions that absolved the state of guilt, despite evidence to the contrary, Amnesty said.

Amnesty said the economic crisis had exacerbated the social exclusion of and discrimination against migrants and ethnic minorities.

"Real or perceived risks for security also continued to drive the debate," the report said, "providing fertile ground for populist rhetoric particularly in relation to migration, and exclusion of the 'other.'"

It mentions the Swiss vote to ban minarets in November 2009, as "an example of the dangers of popular initiatives transforming rights into privileges."

It specifically mentions as examples the Italian government's decision to send boats of migrants and asylum seekers to Libya, "a country with no functioning asylum procedure," after finding their boats in Mediterranean waters.

Turkey and Ukraine were criticized for forcing refugees and asylum seekers to return to countries where they might not be safe from human rights violations. Greece and Malta were called out for detaining such migrants in unacceptable conditions.

The report identifies systemic discrimination against Roma communities in several European countries: substandard schools for Roma children in Slovakia and the Czech Republic, forced evictions in Italy, Serbia and Macedonia, and assaults and murders of Roma in Hungary. 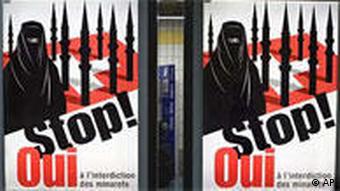 Germany was also chastised for its treatment of undocumented migrants and their children, who it said had only limited access to health care, education and legal recourse in cases where their rights as workers had been violated.

The report praised the EU for the civil rights protections engendered by the EU Charter of Fundamental Rights (which the UK, Poland and the Czech Republic have opted out of in full or in part).

But it also mentioned that some member states were blocking a directive that would close a gap in anti-discrimination law for people who are discriminated against in areas other than employment, because of disability, belief, sexual orientation, religion or age.

Amnesty International's European Union Office chief, Nicolas Beger, told Deutsche Welle that Germany was leading the charge to block the bill's passage on grounds of what he called "navel-gazing and petty arguments" that deny citizens in other EU countries the same protections that Germany gives its own citizens under national laws.

Germany has objected to the directive because it says previous EU anti-discrimination legislation was ineffective, and that the EU didn't have jurisdiction in all of the areas it sought to cover with the directive.

Beger said that European Union members cannot afford to be complacent about human rights just because their situation is not as severe as that in countries like Sudan or Afghanistan.

"There are 19 EU member states who still have problems with torture, ill treatment and police brutality," Beger said. "There are 18 member states with racist violence and significant discrimination. That's not a record to be proud of."

After Lithuanian lawmakers approved a bill to keep material deemed harmful away from children - including information about homosexuality - some EU parliamentarians and rights groups are considering what to do next. (15.07.2009)

Disaster is brewing and could lead to a humanitarian crisis of poverty, repression and unrest as human rights take a back seat to the global economic downturn, Amnesty International warns in its annual report. (28.05.2009)