World powers such as the US, Russia and China are rapidly modernizing their nuclear arsenals, researchers from SIPRI said in a new report. 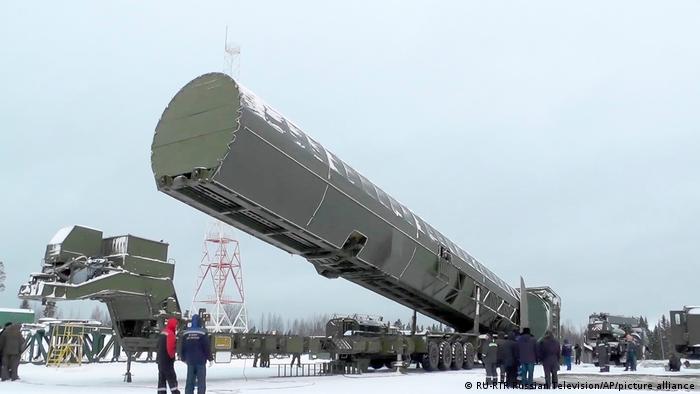 Although the world's overall stockpile of nuclear weapons has decreased since last year, the number of operationally deployable weapons is on the rise, the Stockholm International Peace Research Institute (SIPRI) said in its Yearbook report published on Monday.

At the beginning of 2021, the US, Russia, the UK, France, China, India, Pakistan, Israel and North Korea possessed a total of 13,080 nuclear warheads, a decrease of 320 from the previous year.

At the same time, the report says the number of deployable weapons increased from 3,720 to 3,825 over the previous year. These weapons are either mounted on missiles or located on active bases.

Future wars — and how to prevent them

What did researchers say about the findings?

"The overall number of warheads in global military stockpiles now appears to be increasing, a worrisome sign that the declining trend that has characterized global nuclear arsenals since the end of the Cold War has stalled," SIPRI researcher Hans M. Kristensen said.

"The last-minute extension of New START by Russia and the USA in February this year was a relief," he added, "but the prospects for additional bilateral nuclear arms control between the nuclear superpowers remain poor."

The New START treaty puts limits on the number of deployed strategic nuclear warheads and bombs that the US and Russia can have. It also put limits on intercontinental ballistic missiles (ICBM), missile launchers and heavy bombers equipped to carry nuclear armaments.

The current New START Treaty is expected to last until February 2026.

Which countries have the most nuclear weapons?

The US and Russia are the world's top nuclear powers. Those two countries possess 90% of the world's nuclear arsenal between them.

The US and Russia have been dismantling retired warheads. Yet, both countries had around 50 additional deployable warheads at the start of 2021 from the previous year, according to the SIPRI report.

"Both Russia and the USA appear to be increasing the importance they attribute to nuclear weapons in their national security strategies," Kristensen said.

The other seven nuclear powers possess the rest of the nuclear warheads. Some of these countries, such as the UK, intend to expand their nuclear arsenal in the future.

China, India and Pakistan are three other countries that are rapidly modernizing and boosting their arsenals. North Korea continues to develop ballistic missiles and produce fissile material, despite US and UN sanctions.