According to a confidential UN report, Iran also co-operated with North Korea on the development of long-range missiles. 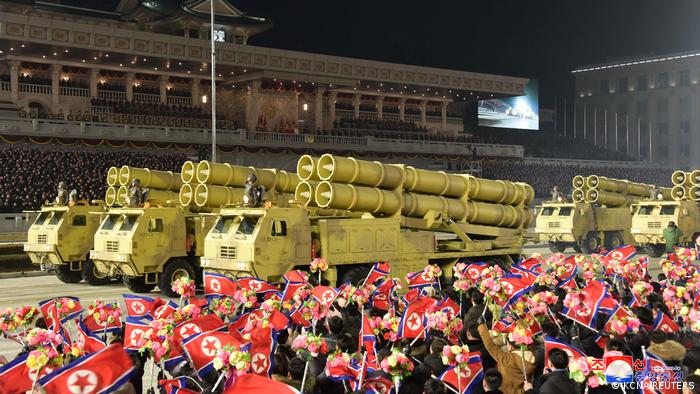 North Korea developed nuclear and ballistic missiles throughout 2020, violating international sanctions, according to multiple reports that cited a confidential UN report sent to members of the Security Council.

The report stated that North Korea funded the programs through $300 million (€250 million) stolen from cyber attacks, and continued to seek material and technology to fund these programs.

The report cited an unnamed member state that had assessed that North Korea's missiles could mount a "nuclear device." 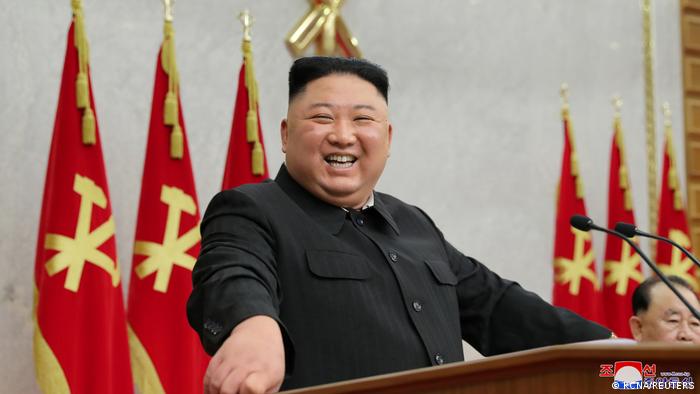 The US is considering new pressure tactics towards North Korea

"It (North Korea) announced preparation for testing and production of new ballistic missile warheads and, development of tactical nuclear weapons ... and upgraded its ballistic missile infrastructure," said the report.

The leaked UN report comes at a time when the US state department has said that it would undertake a "new approach" towards North Korea, which could include tactics like pressure options and diplomacy.

According to Reuters, North Korea's UN mission in New York didn't immediately respond to a request for comment on the leaked report.

The report found that Iran co-operated with North Korea on the development of long-range missile projects in 2020.

"This resumed co-operation is said to have included the transfer of critical parts, with the most recent shipment associated with this relationship taking place in 2020," said an independent panel of experts in the report.

Iran reportedly told the panel members involved in the report that "false information and fabricated data may have been used in investigations and analyzes of the panel".

The new US administration, headed by Joe Biden, has repeatedly emphasized to Iran that it has to return to complying with the terms of the 2015 nuclear deal.

Moon Jae-in called on the US president-elect to continue talks with North Korea. Talks between Trump and Kim Jong Un stalled earlier over sanctions and limited progress on the North's nuclear program.

The Iranian regime insists that lifting sanctions is a perquisite for its return to the 2015 deal, but the US president wants Tehran to first meet its nuclear commitments.

A submarine-launched missile was showcased during a parade marking the end of a rare congress. Analysts think it could be an upgrade from the Pukguksong-4, unveiled in 2020.