A submarine-launched missile was showcased during a parade marking the end of a rare congress. Analysts think it could be an upgrade from the Pukguksong-4, unveiled in 2020. 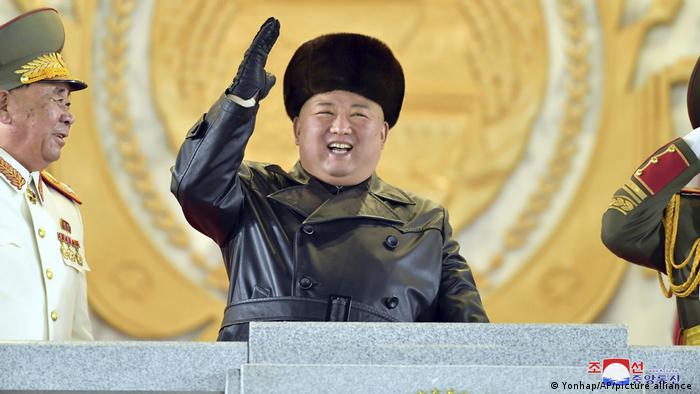 North Korea displayed what appeared to be a new submarine-launched ballistic missile (SLBM) at a parade in capital city Pyongyang on Thursday night, state media reported.

The parade marked the end of the congress of the ruling Workers' Party that takes place every five years.

Rows of marching soldiers took part in the parade.

There was a range of military hardware including tanks and rocket launchers on show.

Analysts identified what could be new variants of short-range ballistic missiles, in addition to the submarine-launch version. 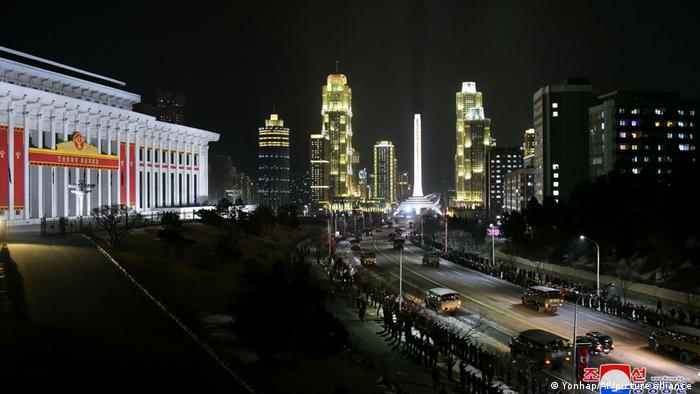 New variants of short-range ballistic missiles were also on show

What is North Korea's submarine-launch missile?

Pictures released by state media showed at least four of the missiles with black-and-white cones being driven past flag-waving crowds.

The missile – which can be launched from a submarine – was labelled Pukguksong-5. This could potentially be an upgrade from the Pukguksong-4 that was unveiled at a larger military parade in October, according to analysts.

It said the missiles "powerfully demonstrate the might of the revolutionary armed forces."

North Korea has test-fired several SLBMs from underwater. Analysts say it is seeking to develop an operational submarine to carry the missiles. 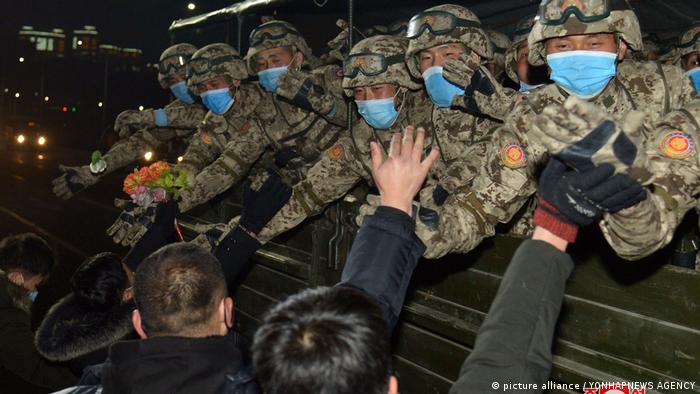 Soldiers participated in the military parade in the capital city, Pyongyang

North Korea is under multiple sets of international sanctions over its banned nuclear weapons and ballistic missile programs.

Missing from the parade were intercontinental ballistic missiles (ICBMs), showcased in October 2020. These are believed to be able to deliver a nuclear warhead to anywhere in the United States.