The leader of Northern Ireland's nationalists has said the party wants a referendum on leaving the UK "as soon as possible." As in Scotland, most Northern Irish voters opted to stay in the EU in the Brexit referendum. 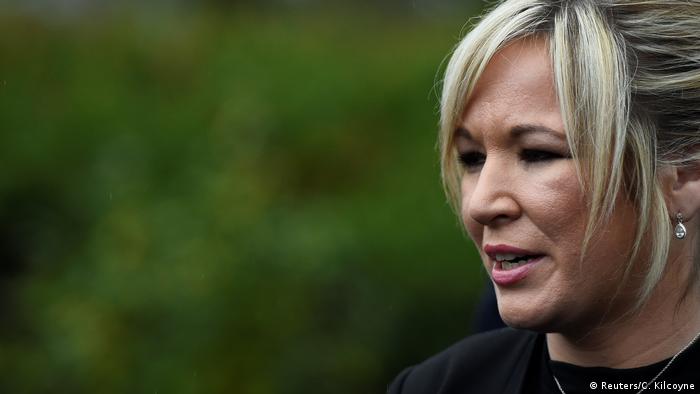 Sinn Fein has repeatedly called for a plebiscite on Northern Ireland leaving the UK and uniting with the Republic of Ireland. However, those calls have been spurred following June's Brexit vote. While Britain as a whole voted to leave the EU, the majority of voters in Northern Ireland and Scotland voted to remain.

O'Neill accused the British government of "continuing to refuse to listen to the majority view and they are refusing to honor their commitments and agreements."

British Prime Minister Theresa May appears poised to launch the Brexit process this month and ultimately take the UK out of the European Single Market - commonly referred to as a "hard Brexit." Such a course, however, could have major implications on Northern Ireland's economy, which relies heavily on close trade links with the Irish Republic, an EU member.

Right to a referendum

Under a 1998 peace agreement, the British government can call a referendum on Northern Irish independence if it appears a majority of voters appear to back a united Ireland. However, despite the UK's pending withdrawal from the EU, an IPSOS-MORI poll in September indicated that around 63 percent of voters preferred to remain in the UK, while only 22 percent said they would prefer a united Ireland.