Northern Ireland torn between past and future | Europe | News and current affairs from around the continent | DW | 01.03.2017

Northern Ireland torn between past and future

For decades, the Democratic Unionist Party (DUP) has been the dominant political force in north Belfast. But as Northern Ireland goes to the polls on Thursday, change is in the air. Peter Geoghegan reports from Belfast. 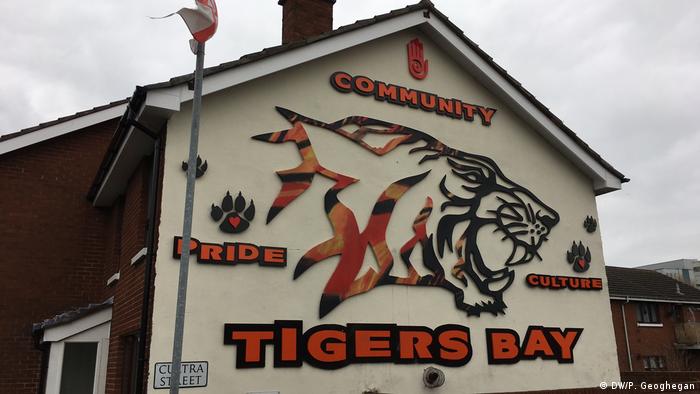 History weighs heavy on the streets of Tiger's Bay in north Belfast. A colorful mural commemorating loyalist paramilitaries killed during Northern Ireland's three-decades-long 'Troubles' adorns the gable wall of a terraced house. Across the street, the red, white and blue of the union flag flutters in a stiff breeze.

The Northern Irish conflict is over, but in places like Tiger's Bay there is little sign of a peace dividend. The giant yellow cranes of Harland and Wolff dominate the horizon. The shipyards used to employ tens of thousands of predominantly Protestant workers. Now they are mainly a visitor attraction while many locals are out of work and no longer certain of their party allegiance.

"We always vote DUP. You vote DUP, your father votes DUP. But a lot of people are just fed up now," says Alec McGurgan, a grandfather who was shot in the leg as a 17-year-old in Tiger's Bay during the Troubles.

The main source of voters' frustration is a botched green energy scheme that could end up costing Northern Irish taxpayers close to £500 million (589 million euros). The renewable heating incentive (RHI) was created in 2013 at the approval of Arlene Foster, then enterprise minister and now DUP leader, and, until last month, Northern Ireland's first minister.

Foster's refusal to stand aside while the RHI overspend was investigated led to the collapse of the devolved assembly at Stormont outside Belfast.

"Everyone here is disillusioned [with the DUP]," says Alec McGugan's wife Elaine. Having "always" voted DUP, she is planning to cast her ballot for the Ulster Unionists, the smaller pro-union opposition party in Stormont. 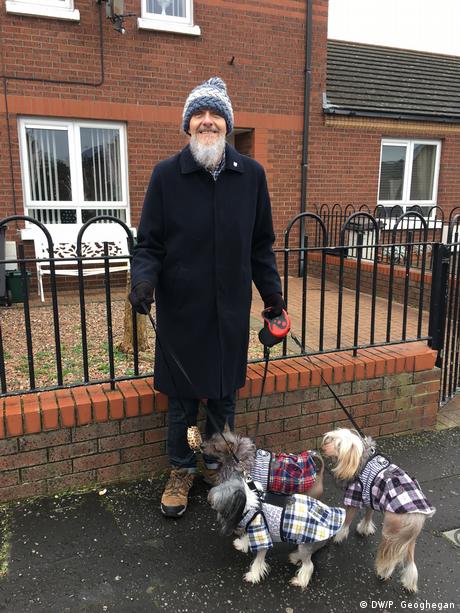 Once again the DUP and Sinn Fein are almost guaranteed to take first and second spot, with only the slightest possibility that the Irish republicans under youthful new leader Michelle O'Neill could pip their unionist rivals to first place. But there is a palpable sense of anger - and disenchantment - with the wider political process.

"The biggest challenge on the doorsteps is apathy," Naomi Long, leader of the cross-community Alliance Party, told DW.

There are, however, signs that the old mindsets might be softening in places. In May, the left-wing People Before Profit topped the poll in the republican's West Belfast stronghold. The nationalist SDLP and the Ulster Unionists have effectively formed an opposition in the Stormont assembly, and in an unprecedented move Ulster Unionist leader Mike Nesbitt called on his voters to give their second preferences to the SDLP.

"This is the first election in Northern Ireland dominated by a non-sectarian issue - it's just not the issue we thought it would be," says Mick Fealty, a commentator on the influential Northern Irish blog site Slugger O'Toole.

The role of Brexit

One issue that is pivotal to Northern Ireland's future - but has not featured as heavily in the election campaign as many expected - is Brexit. Nearly 56 percent of people in Northern Ireland voted in last June's referendum for Britain to remain in the European Union. But the government in Belfast was split: Sinn Fein advocated remaining; the DUP spent almost half a million pounds backing the Leave campaign.

Brexit raises the prospect of a customs border between the Republic and Northern Ireland, which could have a dramatic effect on economy across the island - and its politics. "One of the reasons the border is as soft as it is the European single market required you to get rid of any custom posts," says David Phinnemore, professor of politics at Queen's University, Belfast. "While there is a lot of trade with Great Britain, people are starting to realize the level of interdependence in Ireland," he told DW.

Some fear Brexit could embolden dissident republicans opposed to the peace process in the coming years. More immediately, on Thursday turnout could be crucial. Only 54 percent of the electorate voted in May, and there is little sense of enthusiasm on the ground for yet another election. 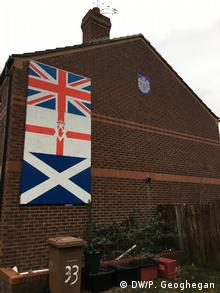 The government in Belfast remains split on the Brexit issue

The DUP might need all the votes it can get. Under the terms of Northern Ireland power-sharing agreement, parties need 30 seats to lodge a "petition of concern" to block legislation that, nominally, could negatively affect one community. The DUP has repeatedly used this measure to stymie gay marriage and other minority rights.

If Arlene Foster's party suffers heavy losses, Stormont could become the scene of more heated culture wars. More likely, however, is a period of direct rule from London as Sinn Fein and the DUP struggle to reach agreement after another divisive campaign. Some fear the Assembly could be suspended for months, even years.

Back in Tiger's Bay, 55-year-old Joe Crainey is learning how to make stained glass in the local community center. Above the whir of metal cutting machines, Crainey, a Protestant married to a Catholic, complains that while peace has come to Northern Ireland there has been little political change.

"We ended up with the two extreme parties. All the moderates are left behind," Crainey told DW. "We have to get away from the orange and the green." Many in Northern Ireland agree, but whether they are willing to vote for it is another matter.