Sieren's China: Learning from the mistakes in Hong Kong

Beijing, wanting to learn from the mistakes made in Hong Kong, intends to develop more affordable public housing in Shenzhen. But this will not be a fix-all solution in the long term, says DW's Frank Sieren. 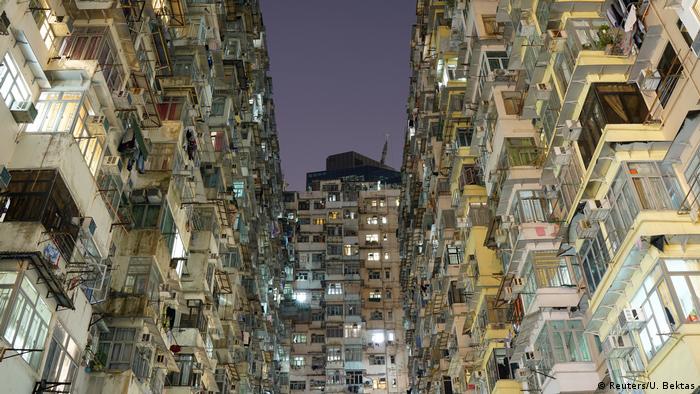 The West underestimates the economic causes of the Hong Kong protests, with commentators focusing more on the idea that they are purely a movement for freedom, uncontaminated by monetary concerns. But affordable housing is valued in the West. It's arguably a social standard.

The housing situation in Hong Kong is much worse than in Berlin and other Western cities. The middle classes currently spend almost their entire income on extremely expensive, yet small apartments. On top of that, the social system is wanting and career prospects are limited. These are also reasons why Hong Kong citizens have been taking to the streets for months now. Respite will only come once economic and social problems are resolved.

A home for every individual

In mid-October, Hong Kong's leader Carrie Lam announced measures to address the issue: "I hereby set a clear objective that every Hong Kong citizen and his family will ... be able to have their own home in Hong Kong, a city in which we all have a share," she said. The plan is to make available 700 hectares (1,730 acres) of unused land in the northern territories. First-time buyers will receive financial support. Plans to build an artificial territory off Lantau Island should also help ease the acute housing problem over time.

It was clear that these announcements would not satisfy the protesters, who are fighting on several fronts and have various demands. They have called for free elections and for an independent inquiry into allegations of police misconduct. They do not trust Lam. Her predecessors have made — and broken — similar promises. It didn't help that on Monday Chinese's President Xi Jinping reiterated his full support for Lam and praised her leadership during the protests.

DW's Frank Sieren has lived in China for 20 years

One thing is clear: Hong Kong is an important city for Beijing, but not the most important and no longer the only gateway to the West. When the British crown colony was returned to China in 1997, about half of Chinese trade was conducted from Hong Kong. Today, this figure has fallen to below 12%. Beijing has developed Shenzhen instead. The border city of 20 million, created as a special economic zone in 1980, is set to become Asia's most important financial hub by 2035. Shenzhen surpassed Hong Kong last year as an economic force. In the future, China hopes to develop a Greater Bay Area encompassing Shenzhen, Hong Kong, Macau and other cities in the region and comprising some 70 million residents.

A "model city" with Chinese characteristics

In order to make Shenzhen a "model city for socialism with Chinese characteristics," Beijing wants to learn from the situation in Hong Kong, as there are already signs of similar problems. The average age Shenzhen's inhabitants is 33, and in the past 10 years, the city has become a popular high-tech hub. Giants such as Tencent, Huawei and electric carmaker BYD all have their headquarters, attracting talented staff from all over the world. Real estate prices have soared; the square-meter price was nearly 10 times higher in 2015 than in 2005. Today, the average price per square meter is $8,000 (€7,231). Shenzhen is the fifth most expensive city for real estate in the world. The monthly rent for a room in downtown Shenzhen starts at $1,100 — a problem for people just entering the job market or those who do not earn a huge salary, as their incomes are not proportional to the prices. 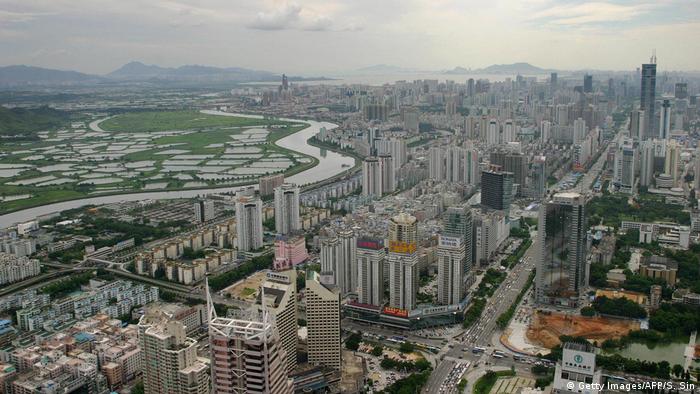 In contrast to Hong Kong, Beijing does not intend to let the markets dictate development and has instead introduced measures to develop public housing. There are plans to build 11,000 apartments worth a total $1.9 billion. A square meter will cost between 50-60% less than the market rate. The idea is for 1.7 million new housing units to be built by 2035  and at least 60% will be reserved for lower-income households. This amounts to 60,000 public-housing units built per year — three times more than in recent years. It has also announced a $7,100 cap on square-meter prices.

In view of the Hong Kong's protests, Beijing has acknowledged that housing has been neglected and has caused an emergency situation. Two years ago, Xi said that apartments were for "for living in, not for speculation." It could well be that similar measures are also introduced in other cities.

Some 34 square kilometers of land will have to be freed for the project in Shenzhen. This is very ambitious, and many questions remain open. What standards will the state-subsidized apartments meet? Who will be able to buy them? Will people who are not permanent residents in the city also be eligible? Until these questions are resolved, prices will spiral. People will continue to pay what the market demands. During this year's third quarter, the prices in the relatively central Bao'an district rose by 9.6% compared to the previous year. A square meter now goes for $7,700.

Even if Shenzhen manages to resolve the housing crisis, the question of individual freedoms remains open. Wealth and affordable housing might help to keep people calm for some time, but these are not enough, as the situation in Hong Kong shows.

A tailor-made version of "One Country, Two Systems" might be thinkable in Shenzhen when it comes to free movement of capital, and Hong Kong's complicated tax and duties system could be applied with success to the Great Bay Area. However, there is little chance that the freedoms guaranteed by Hong Kong's Basic Law will be applied to other places in China. This is not up for debate — at least not for now.

Ukraine: Ex-leader Poroshenko to return amid treason charges 6h ago