Fresh protests began in Hong Kong on Saturday amid concerns that Beijing plans to tighten its control in the territory. Over 3,000 gathered in the city center and more than 200 were arrested.

Police released tear gas into the crowd and fired rubber bullets and water cannons to quell the protest, which authorities said did not have official police permission to take place.

"The entire government is being controlled by the central government now, so we have to come out to protect the freedoms we deserve," a 17-year-old protester told the AFP news agency.

"Some masked rioters vandalized shops and committed arson. Some even placed nails on the road," police said in a statement.

Protesters also sprayed graffiti and broke the windows of the Chinese state news agency Xinhua, the first time the agency has been subject to attack in the last five months. Protesters lit fires and threw petrol bombs after night fell. 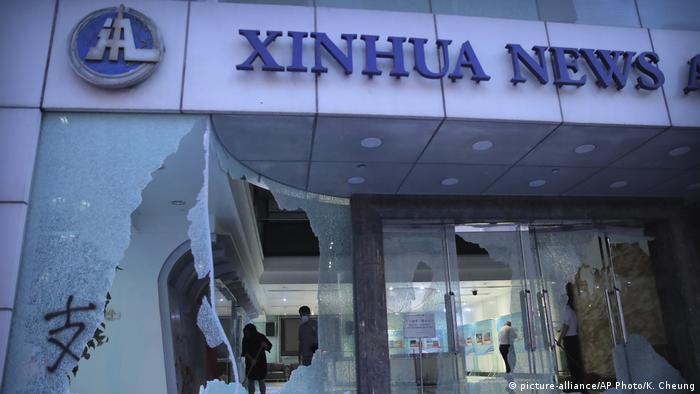 China 'will not tolerate' protesters

Protesters occupied streets in the upscale Causeway Bay shopping area. Riot police were present, conducted searches and issued warnings that the rally was illegal. Many protesters defied a government ban on face masks and some wore gas masks.

Streets in the area are lined with banks and high-end jewelry and fashion stores.

Protesters took to side streets to avoid police, as a large truck scattered protesters when it blasted capsaicin, a skin and eye irritant, onto the street.

The action comes a day after China announced on Friday that it will not tolerate any challenge to Hong Kong's system of government. Authorities also plan to increase patriotic education in Hong Kong. 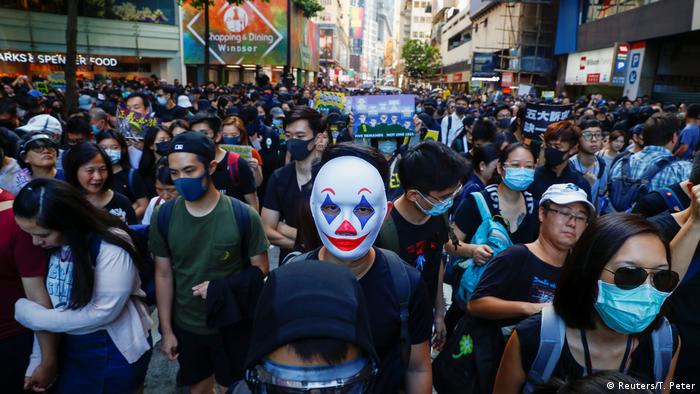 Pro-democracy activist Joshua Wong called for 100,000 people to take to the streets on Saturday in the anti-government protests. This is the 22nd week of unbroken protests.

"Exercising freedom of assembly has become increasingly difficult as police in HK holds tighter grip in recent months," he wrote on Twitter.

He described this fresh protest as an "emergency call" for increased autonomy. Many protesters carried British or colonial flags, in reference to the promises made by the UK in 1997 at the time of the handover.

The protests began in June over a now defunct proposal to allow extraditions to mainland China. In the following months, protesters began to demand direct elections for Hong Kong's leaders.