Hong Kong authorities banned Joshua Wong from running in the upcoming local election because his views didn't meet the requirements for candidates to uphold cities constitution. DW asked Wong what his views are exactly. 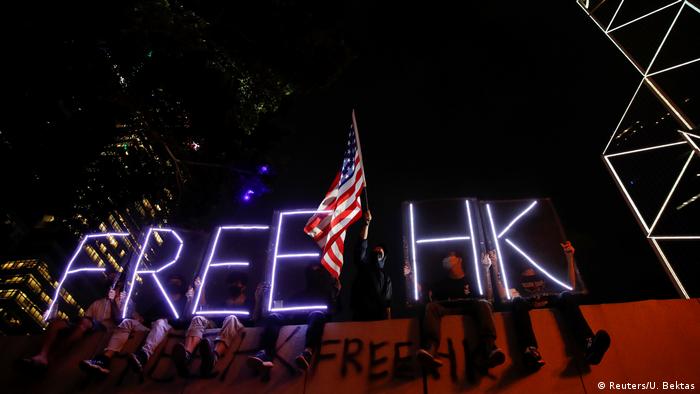 DW: How do you manage to motivate and inspire so many young people in Hong Kong to fight for their rights over such a long period of time?

Joshua Wong: I'm not the only leader of this movement, and it is not about political activists mobilizing people to come to the streets. The hardline policy of President Xi and how Carrie Lam is restricting the freedom of the people of Hong Kong are the two main motivators for people to come out to the streets.

And how significant is the role of social media in drawing international attention to your movement?

Hong Kong is recognized as a global city. We therefore have to seek more international allies to support us in our fight. We have also realized that traditional news media are censored, controlled by red capital and dominated by pro-Beijing forces. For this reason, we rely more on social media and hope to garner more global support.

And finally have you been inspired by other similar movements in other parts of the world?

We compare Hong Kong to Berlin; the new Berlin during the Cold War and the Berlin on the 30th anniversary of the fall of the wall. I think it just encourages people to realize that under authoritarian rule, there's no reason for us not to act where necessary. That's why we will continue our fight for free elections. 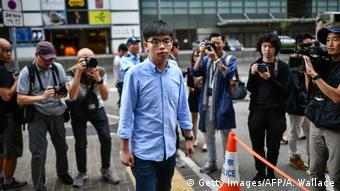 Joshua Wong is the face of the protests in Hong Kong, where, since June, up to one million people a week have been demonstrating for democracy and against the Chinese government's influence on the Special Administrative Region. Wong is the general secretary of the party Demosistō. Following the withdrawal by the Hong Kong government in early September of a planned law designed to facilitate the exchange of prisoners between Hong Kong and the Chinese government, demonstrators continue to demand universal suffrage, an independent inquiry into police violence and the release of arrested demonstrators.