Should the EU help legalize cannabis farms in Morocco? | World | Breaking news and perspectives from around the globe | DW | 28.04.2021

Should the EU help legalize cannabis farms in Morocco?

Political fights are delaying Morocco's legalization of cannabis. But, thanks to the rise of medical marijuana, the measure fits well with EU development aims and international drug policy. 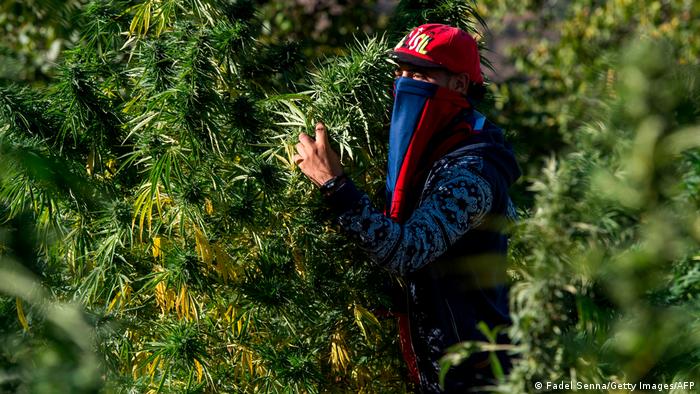 Morocco's cannabis farms are illegal but tolerated by authorities

Should draft legislation clear the final hurdles in the next few weeks, Morocco could become the second Arab country to legalize cannabis. Lebanon was the first in 2020.

According to various international agencies, including the UN and the European Monitoring Centre for Drugs and Drug Addiction, Morocco is one of the world's largest producers of cannabis and the biggest supplier of illegal by-products such as hashish that are bound for the EU. Legalizing cannabis for medical and industrial purposes could have a positive impact on around a million subsistence farmers, mostly in the north of the country.

The law has become one of the most divisive topics in the run-up to Morocco's national elections in September. It is hard to know whether the draft law will pass, Khalid Mouna, an associate anthropology professor at Moulay Ismail University in Meknes, northern Morocco, told DW. Mouna studies cannabis-grower communities. "The project is still up for debate in the first chamber and it is being weaponized by political adversaries," he said.

Cannabis legalization has been suggested before in Morocco. Mouna said that had mostly been a tactic to gain the support of voters in deprived cannabis-growing areas.

This time could be different, said Tom Blickman, a researcher on international drugs policy for the Amsterdam-based Transnational Institute. "I think it's serious because the initiative comes from the government, and behind the government is the palace," he said, referring to the Moroccan royal family. "Previous proposals came from the opposition." 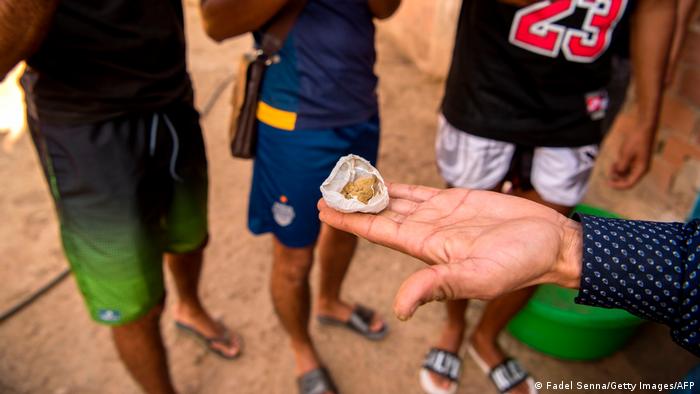 Morocco's current progress toward legalization began in December at a meeting of the UN's Commission on Narcotic Drugs in Austria. Morocco was the only member country from the region to vote with other nations who also wanted to reclassify cannabis. The World Health Organization has recommended that cannabis be removed from a list of dangerous drugs so that medical usage can be researched.

The UN vote, which saw the motion passed by a narrow margin, cleared the way for Moroccan Interior Minister Abdelouafi Laftit to introduce the draft law on cannabis legalization in Parliament in April. The government has approved the bill: Now MPs must ratify it.

Presenting the bill, Laftit said legalizing cannabis would help improve the lives of low-income cannabis farmers, extract them from international drug smuggling networks and lead to better environmental outcomes in areas of Morocco where the crop is traditionally grown.

Most of the country's cannabis comes from the economically depressed Rif region in the north, where farms are an open secret. But at the same time that farms are tolerated, the farmers themselves often live in poverty and fear. 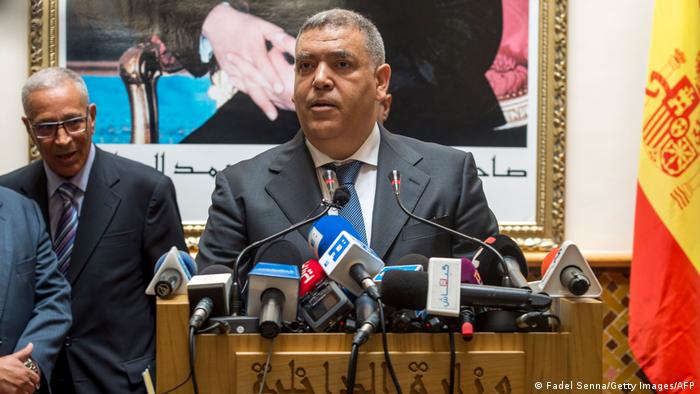 The draft bill proposes a national agency for cannabis and farmers' cooperatives to regulate the sector. If cannabis were legalized, "Morocco would be ideally positioned to reap a huge influx in investment toward the infrastructure necessary to serve its lucrative market," a 2019 report by cannabis market research company New Frontier Data concluded. The researchers added that it would also allow the Moroccan growers to diversify into other cannabis-related products.

Morocco also has "a unique advantage, just being so close to the European market," John Kagia, New Frontier Data's chief knowledge officer, told DW. Cannabis from there is usually of high quality, he said.

There are some serious political obstacles being placed in the way of an official cannabis industry in Morocco though. A senior member of the Moroccan Justice and Development Party (PJD), Abdelilah Benkirane, also a former prime minister, suspended his membership in the conservative, Islamist party this month. He did so because the PJD had dropped its opposition to legalizing cannabis cultivation for medical and industrial purposes. The PJD leads the current coalition government but has lost popular support during the pandemic. 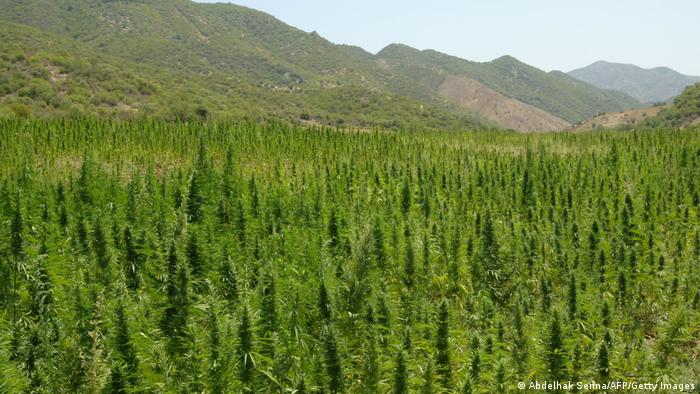 Much of Morocco's cannabis comes from the mountainous northern Rif region

Politicians also vigorously debated which parliamentary committees would need to vet the draft bill. Critics said this was another way of prolonging its passage.

And, in April, farmers' groups in northern cannabis-producing regions announced that they also want to amend the draft law. Many say they were not adequately consulted.

For example, the legalization of cannabis farming may cause operations to set up in regions more suitable for agriculture, and farmers in the north want to restrict future growing to areas where the crop has historically been tended. It could also lower prices they get for their crops. The farmers have also called for an amnesty for the more than 40,000 people who have arrest warrants out for them because of involvement in the trade.

Blickman said EU governments could do more to help support the legalization campaign in Morocco by emphasizing what is known as "alternative development."

Originally, "alternative development" came about because "the lack of success and the high financial and social costs of the ‘war on drugs' [caused] many countries to rethink their policies," according to an October 2020 strategy paper by Germany's Economic Cooperation and Development Ministry. 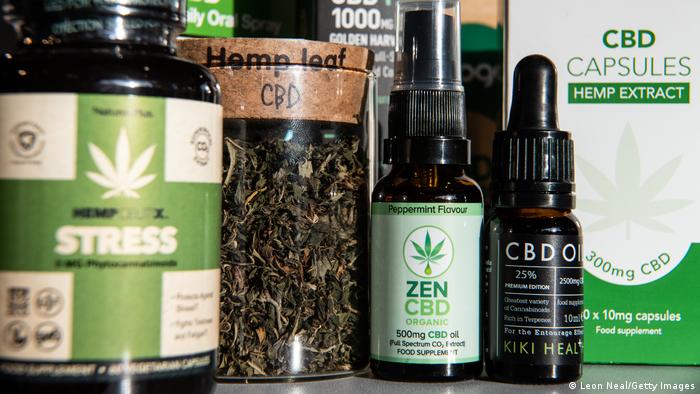 Medical products made from cannabis are increasingly popular

At first, alternative development meant finding other sources of income for farmers who had been involved in growing illicit drug crops, such as bananas, cocoa, coffee, livestock or even fish. Cannabis, for medical use, has recently become one of those alternatives.

"More and more countries, including Germany, are adopting laws to regulate the medical use," the government's strategy paper noted. "This might increase the demand for legally cultivated medical cannabis and open up development potentials in regions in which cannabis has only been grown illegally to date."

Kagia said there was a strong connection between the idea of development and the commercial market. Most of the countries that are currently trying to legalize cannabis cultivation plan to export to Europe, he said. "And without the commercial markets in Europe, cannabis as a tool for development does not work. A well-regulated medical cannabis market is going to be the principle catalyst for the industry's growth."

"It would be good for Europe to be more open to seeing how they can assist in setting up this industry by, for instance, importing medical cannabis from Morocco to Germany — the biggest medical cannabis market at the moment," Blickman said. "A favorable statement from countries with medicinal cannabis programs could help."

Driss Benhima, a former director of the government-run Development Agency of Northern Morocco who has led multiple studies of cannabis farming in the area and advised the government on the topic, agreed that if Europe facilitated imports, it would help his country.

Firstly, he says, it will help preserve the natural environment, "which is deeply harmed by the intensive agriculture used in the illicit cannabis production." And secondly, and perhaps most importantly, it will help in terms of what he describes as "the toxic lack of confidence between cannabis farmers and national public institutions," which has handicapped past development projects in this area.

"I hope legalization will change all of that," Benhima told DW, "and lead to decent revenues, social integration and protection of environment."

The German parliament has voted to allow consumption of the drug for medical purposes. The issue had been a point of heated discussion in the country for a long time.

A roundup of countries that permit recreational cannabis 15.10.2021