Italy seizes 6 tons of hashish from sailboat near Sicily

Europe's Mediterranean nations have been cooperating to fight hashish being smuggled in from Morocco. This is the fifth bust since last summer. 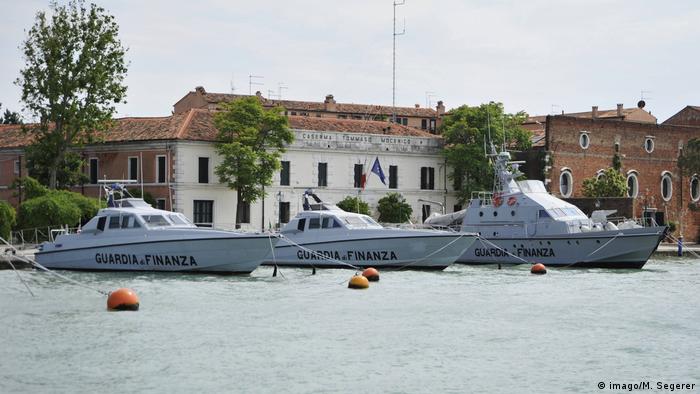 Italian police seized more than 6 tons (6.6 US tons) of hashish from a sailboat off the coast of Sicily, customs authorities announced on Saturday.

The drugs were loaded inside a 12-meter (39-foot) Spanish-flagged pleasure boat which was stopped about 160 kilometers (86 nautical miles) south of the Sicilian coast.

Authorities valued the load at about €60 million ($68 million).

Spanish authorities originally reported the boat as suspicious. Three Spaniards were arrested on board.

The Guardia di Finanza (GDF) police corps said Spain, France, Italy and Greece had been on high alert against Mediterranean Sea trafficking of hashish from Morocco "for some time." This week's bust was the fifth such interception in the waters between Sicily and Tunisia since last summer.

Italian police have been cracking down on Mafia groups in recent years, claiming particular success against the influential 'Ndrangheta group.

Carefully coordinated police raids in Germany, Italy, the Netherlands and Belgium netted 84 suspected members of the 'Ndrangheta. Most known for global cocaine trafficking, the organization has been buying property. (05.12.2018)

Police from across Germany have reported on an intoxicating find in the south-western state of Rhineland-Palatinate. The LSD haul is the largest ever in Germany, and pan-European criminals are under suspicion. (05.06.2018)

Spain: A city and a drug smugglers' haven