Should private jets be banned to spare the climate? | Environment| All topics from climate change to conservation | DW | 03.12.2019 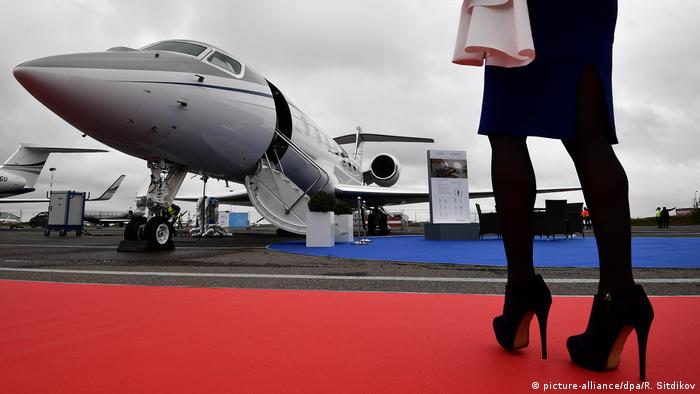 Teenage climate activist Greta Thunberg may have traveled to the United Nations global climate meeting by boat and train, but many of the delegates will be relying on carbon-intensive flights to get to Madrid. And for some of the more higher-profile participants, that will likely include private jets.

The hypocrisy hasn't been lost on environmental groups, with many calling out world leaders and celebrities for compounding the problem as they regularly convene in far-flung locations to discuss solutions to the climate challenge.

"Even when they mean well, the ultra-rich cannot help trashing the living world," wrote British environmental activist George Monbiot in a recent column in the Guardian.

To prove his point, he referred back to a climate conference organized by Google in July. Many on the guest list — which included former US President Barack Obama, Prince Harry and Hollywood actor Leonardo DiCaprio — arrived on one of the 114 private jets that flew into the Verdura Resort in Italy.

Back in January at the World Economic Forum in Davos, Dutch historian Rutger Bregman went viral after he pointed out that "1,500 private jets have flown in here to hear Sir David Attenborough speak about how we're wrecking the planet."

But private air travel isn't just a popular way for the global elite to network. In traffic-snarled megacities in the US, Asia and South America, time-pressed businesspeople and the super-rich are increasingly relying on personal aircraft to get around. In Sao Paulo, those who can afford it have soared above the gridlock of Brazil's financial capital in private helicopters for years, and the sector is also expanding in major Asian cities in India, China, Indonesia and Singapore. 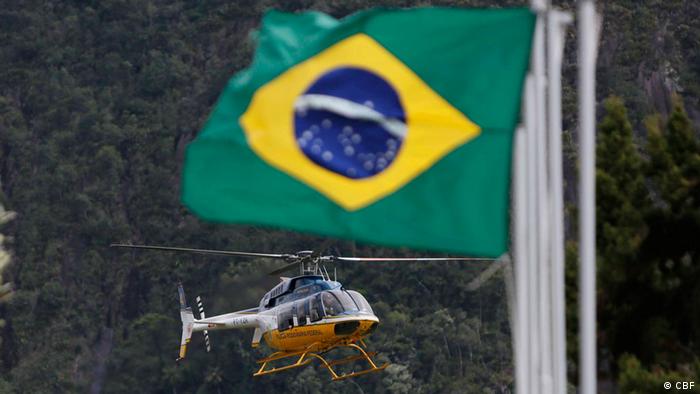 In a 2018 survey by US-based Business Jet Traveler magazine of more than 1,400 executives and high-net-worth individuals, comfort, privacy and security were key factors in their decision to fly in private aircraft. But most chose the option in order to save time and enjoy the convenience of smaller airports. In fact, 77% of respondents said their typical flight was less than 1,500 miles (2,400 kilometers), with only 7% saying they used private jets for intercontinental flights.

According to the 2019 Wealth Report published by the Knight Frank real estate company, North America leads the world when it comes to private jet ownership, with a fleet of more than 13,600. Far behind in second place is Europe and Russia, which have a total of just 2,879 between them.

It's long been clear that traveling by airplane isn't exactly a good thing when it comes to the environment. A round-trip flight from Berlin to New York, in economy class, emits somewhere between 1.5 and 2 tons of CO2. In 2016, the average person in Germany was responsible for roughly 8.9 tons per year when all emission sources were added up, according to the International Energy Agency; in the US it was around 15 tons.

A World Bank study from 2013 estimated that air passengers traveling first class were responsible for around three times the emissions of a passenger traveling economy — seats in first class take up more space. A recent analysis by British left-wing think tank Common Wealth, looking at short-haul flights within Europe, found that a passenger traveling in a private aircraft emits around four to 15 times the emissions of an economy-class passenger — and between 75 and 250 times the CO2 of a comparable high-speed rail journey. 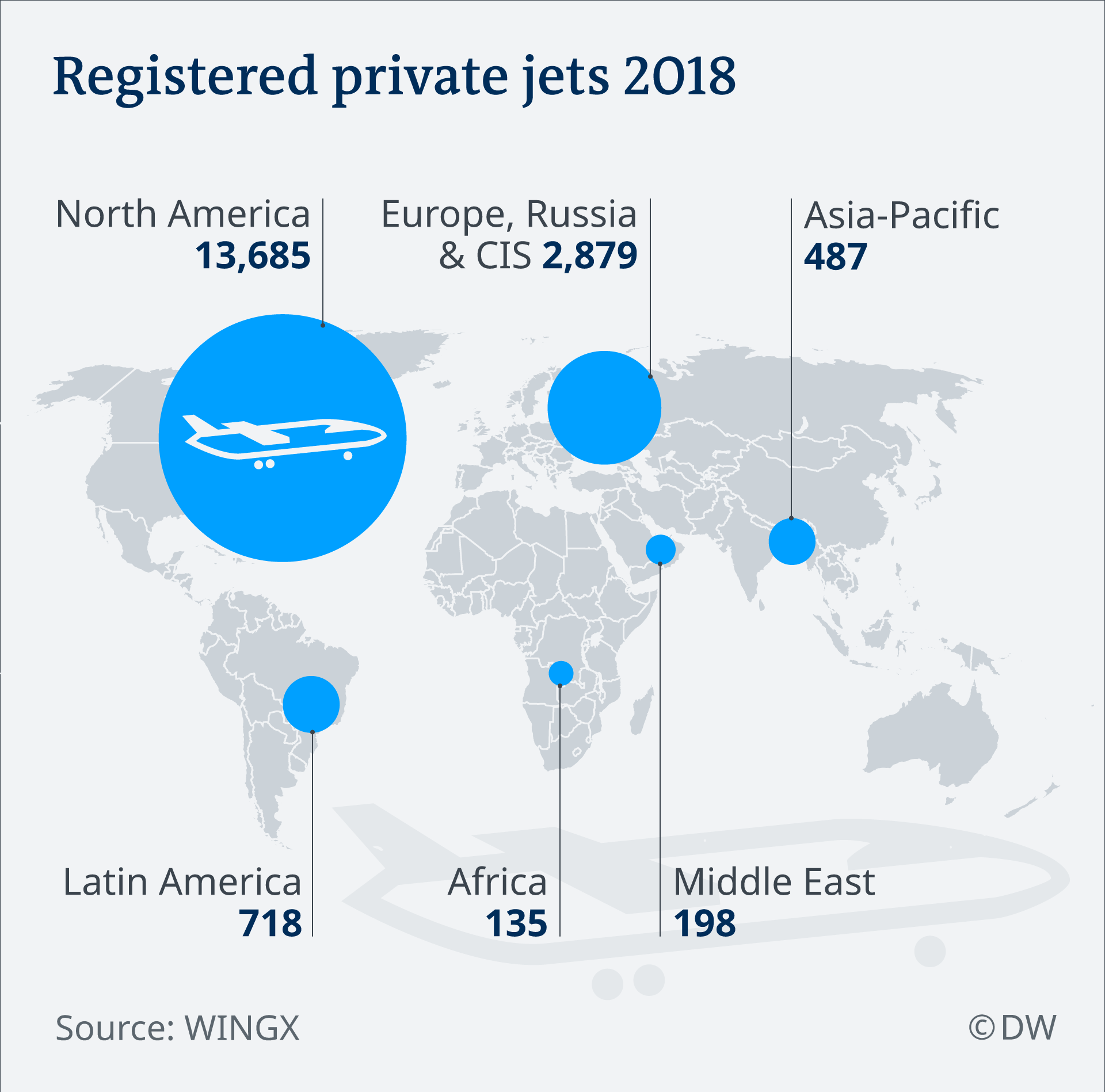 And that's assuming that all seats are occupied. According to estimates by the European Business Aviation Association (EBAA), at least 40% of private jet flights are "empty leg" journeys, in which empty aircraft are "repositioned" to other airports to accommodate the customer.

But critics, among them the EBAA, have pointed out that even though aircraft emissions are expected to triple by mid-century, the aviation industry only contributes around 2% of global CO2 emissions, with private air travel representing an even smaller fraction.

"Opponents of action on climate change frequently cite this as a reason to do nothing," Leo Murray, founder of A Free Ride, a UK campaign group that backs a tax on frequent flyers, told DW.

"While private jet emissions are a tiny fraction of total emissions, recent analysis from Lund University shows the people who make these flights have personal carbon footprints that are hundreds or even thousands of times the average as a consequence."

In early November, A Free Ride and Common Wealth published a report proposing a ban on private fossil-fuel aircraft in the UK by 2025.

"Fossil fueled private jets represent the nadir of carbon inequality," said the report, which outlined the environmental costs of private aircraft. "Their persistent use in the context of the escalating climate crisis can no longer be justified, particularly in light of the social effects of these flights." 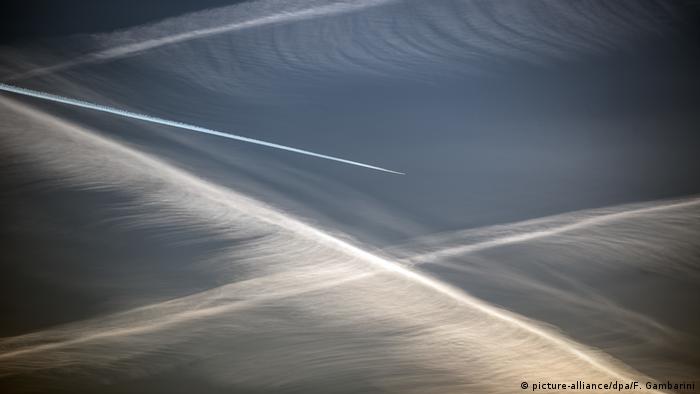 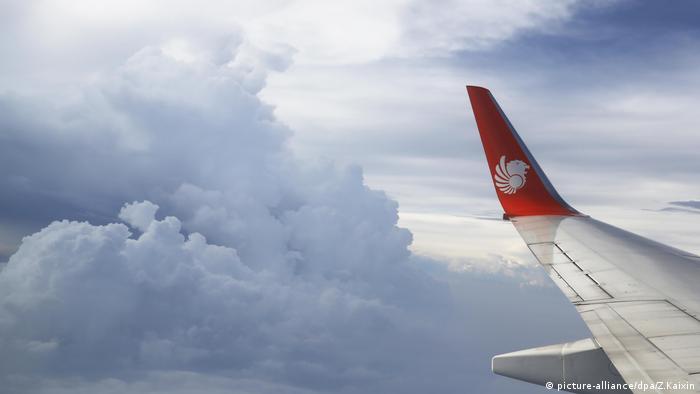 The UK's Labour Party has said it will closely examine the "very convincing" proposal, should it win the general election on December 12.

"Why is the government enabling billionaires to trash the climate when it's the rest of us who will suffer the consequences?" said Andy McDonald, transport spokesman for Labour. "In just a few years' time it will be possible for these journeys to be made by electric aircraft — so long as government puts in place the right incentives."

The EBAA has brushed off the proposal, saying it "would do little to curb climate change."

"Air traffic is an international business, meaning unilateral, isolated solutions make little sense," the group said in a pre-prepared statement, after a request for comment from DW. "We're therefore proposing a more achievable and holistic approach."

EBAA's plans include sustainable aviation fuels, carbon offsetting schemes and research into electrification and fuel efficiency, aiming for a 50% reduction in emissions by 2050 relative to 2005.

Murray believes a ban on fossil fuel aircraft would force those who rely on them to invest in alternatives, including electric aircraft.

"Electric aircraft are regularly touted by airline executives and government ministers as a technology solution to environmental damage from air travel which are just around the corner," he said.

"Our analysis simply takes these claims at face value and proposes to introduce a near-term phaseout date for fossil-powered private jets to help bring forward this technology."

The aerospace industry could develop "new, fully electric propulsion jets … capable of carrying small numbers of passengers up to 1,000 kilometers" by the mid 2020s, according to the Free Ride/Common Wealth report, with electric aircraft from manufacturers like Airbus and Siemens replacing "fossil-powered craft on eight out of 10 journeys within Europe that are currently made by private jet."

Competitors — among them ride-hailing service Uber and Germany's Volocopter — are already aiming to introduce their own fleets of electric helicopters in cities like Dubai, Shanghai and Singapore in the next two to four years.