Serbia has greatly increased the reward for information leading to the arrest of indicted war criminal Ratko Mladic. Arresting Mladic is a crucial condition for Serbia's bid to join the European Union. 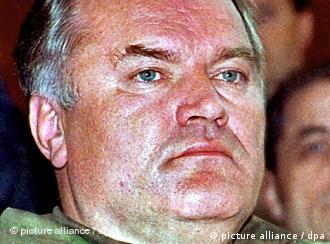 Ratko Mladic has been hiding since 1995

Serbia increased the reward for information leading to the arrest of Ratko Mladic tenfold to 10 million euros ($13.7 million), apparently to prove Belgrade's political will to capture the indicted war criminal.

The reward for wartime Croation Serb rebel leader Goran Hadzic was also raised to 500,000 euros. Both Mladic and Hadzic are believed to be hiding in Serbia.

"These two men have kept the whole nation hostage, (but) also their families and future generations," Vekaric said 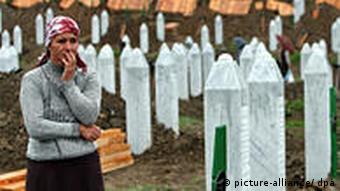 The Srebrenica massacre was Europe's worst since World War II

Ratko Mladic was the Bosnian Serb army commander and is accused by the UN of being responsible for the Srebrenica massacre of 8,000 Muslim men and boys, the worst single atrocity on European soil since World War II. He is also charged for masterminding the 1992-1995 siege of Sarajevo, which killed 10,000 people.

Mladic has been on the run for 15 years. In May, his family tried to declare him dead, claiming that he had been in poor health and that they had had no contact with him for more than five years.

Despite Serbia's intentions, raising the reward will likely have no affect Mladic's arrest, Serbian security expert Ljubodrag Stojadinovic told Deutsche Welle. It is not a question of gratification, but rather the government's lack of control of the secret service who would be in charge of arresting Mladic, he said.

According to Dragan Popovic, director of the Center of Applied Politics in Belgrade, Serbia simply tries to send out a positive message to the international community in order to make them believe the government is actively going after Mladic.

Mladic's arrest, along with cooperation with the International Criminal Tribunal for the Former Yugoslavia, is Serbia's greatest obstacle to its goal of joining the European Union. 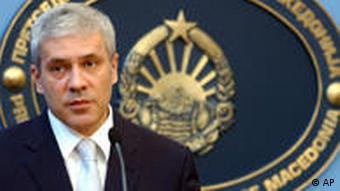 In June, UN chief prosecutor Serge Brammertz accused Serbia of putting little effort into arresting Mladic and has demanded several times that Serbia's EU membership should depend on whether they can catch him.

EU foreign ministers meeting in Luxembourg this week said they wanted to support the pro-European position of Serbian President Boris Tadic, instructing the European Commission to comment on Serbia's membership application. An official statement from the commission is not expected before the second half of 2011.

Family of fugitive Mladic request he should be declared dead

The family of Bosnian Serb fugitive and war crimes suspect Ratko Mladic have requested he should be legally declared dead. However, authorities say the hunt for the general will continue. (25.05.2010)