Seehofer and Merkel look to mend fences over refugees | Germany| News and in-depth reporting from Berlin and beyond | DW | 18.07.2016

Seehofer and Merkel look to mend fences over refugees

The Christian Social Union, occasionally awkward Bavarian cousins to Angela Merkel's Christian Democratic Union, is hoping to mend its fences. So far, they have kept the populist right-wing AfD in check. But how? 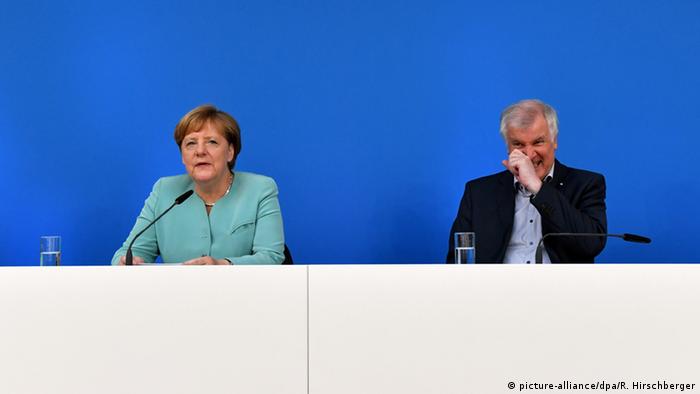 Horst Seehofer rarely looks flustered - and with good reason. The veteran conservative leader of the Christian Social Union (CSU) is the only government leader in Germany who has the luxury of picking all his ministers from his own party. Not only does the CSU still enjoy an absolute majority in the Bavarian parliament in Munich and 45 percent of the state's approval, he governs one of only four states where the insurgent right-wing Alternative for Germany (AfD) has been kept below double figures in the opinion polls.

The CSU, which has maintained a line slightly to the right of the CDU especially on immigration, has long insisted that there should be no legitimate democratic party to its right - a line that has been somewhat compromised by the rise of the AfD.

But still, the fact that the CSU has - at least so far - headed off the AfD threat is something Seehofer was pleased to point out in his summer interview with public broadcaster ARD on Sunday. 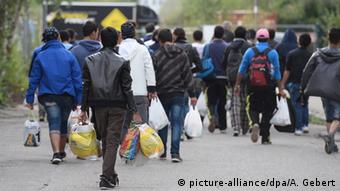 Heinrich Oberreuter, CSU member and political scientist at the Institute for Journalism in Passau, thinks it was fairly obvious how this had been achieved. "They signaled that a mass immigration of Muslims would be seen as a disadvantage, and they made domestic security as the center of their argument," he told DW. "The reservations that a lot of normal people have about such an influx of people - the CSU articulated these the most clearly."

Competition with the chancellor

Of course, it helps that Bavaria remains one the most economically robust regions of Germany, and indeed Europe. "Bavaria has the best education system, Bavaria has the lowest unemployment, and Bavaria has weak opposition parties - if you take all that together, there's no need to wonder at the CSU's leading position and its ability to defend that position," said Oberreuter.

It's with plenty of confidence, then, that Seehofer can head towards his one-on-one meeting with Merkel on Tuesday. Her Christian Democratic Union, which - as per the two parties' historic deal - fields candidates everywhere in the country except Bavaria, is struggling with poll ratings in the low- to mid-thirties, and so very much relies on the boost from the affluent southern state to keep up its average.

Seehofer is well aware of the CSU's relative power over the CDU, despite being a regional party, not least by catching some of the conservative voters who might otherwise think Merkel had become too "liberal" in her refugee policies - though she has now overseen the implementation of ever more draconian immigration laws.

On the other hand, as a regional party, the CSU has the advantage of having a much smaller and more homogenous voter base to target than the CDU, which has to find a way of winning voters in a number of different regions. 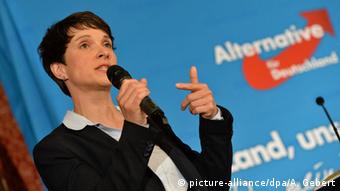 A lot to talk about

And yet there is much friction between Merkel's CDU and Seehofer's CSU, exacerbated by the row over refugee policy. At the weekend, Seehofer said somewhat ambiguously that "a lot had built up" over the last few months that made it important that he meet the chancellor in person and alone.

"What's been built up is, among other things, resentment over the style of interaction with one another over the refugee crisis," said Oberreuter. Perhaps the most awkward of these moments came last November, when Merkel was left standing next to Seehofer at a CSU conference as he brought up his favorite topic - the "upper limit" on refugees, a populist line that she has pointedly refused to repeat. "This conflict between unlimited immigration and controlled immigration - that can break out again at any time, if the influx of refugees increases again," said Oberreuter.

Other sources of conflict are the distribution of state financing across the country, and the row over inheritance tax reform, where the CSU wants to protect businesses.

Meanwhile, some of the German media made much of his failure to back Merkel as a shoo-in to be the CDU/CSU's chancellor candidate in next year's general election - though he did say that he believed in Merkel and the partnership between the two parties "more than ever before."

As the Alternative for Germany splits in Baden-Württemberg over anti-Semitic remarks, the state's interior minister has demanded that secret services watch the party. Support for the AfD is at its lowest since January. (10.07.2016)

Germany's Minister of Agriculture, Christian Schmidt, has said that setting an upper limit on asylum seekers is no longer necessary. His conservative CSU party had been pushing hard for the refugee cap since last fall. (09.07.2016)