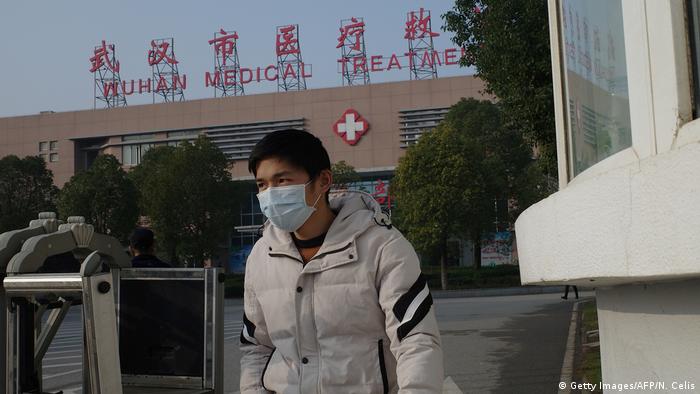 A second person has died from a mysterious virus in the central Chinese city of Wuhan, officials said Thursday.

At least 50 people have been infected with what initial assessments indicate is a new strand of coronavirus, with the outbreak centered in Wuhan.

A 69-year-old man died on Wednesday from multiple organ failures, health officials in Wuhan said. His symptoms steadily worsened after first being diagnosed on December 31 with the virus, which has pneumonia-like symptoms.

Four more individuals were diagnosed with pneumonia on Thursday and are in stable condition, the Wuhan Municipal Health Commission said in a statement published Saturday.

The Commission said that 12 people have been discharged from the hospital after recovering, while five others remain in serious condition.

Thailand reported two cases of the coronavirus from Chinese travelers from Wuhan earlier this week, while Japan confirmed one case involving a Japanese national who had traveled to Wuhan.

What is the virus?

Authorities believe Huanan Seafood Wholesale Market in the city of 11 million people is at the center of the outbreak. It was closed on January 1.

The first death linked to the virus was on January 9. The 61-year-old victim frequently visited the seafood market and had preexisting abdominal tumors and chronic liver disease.

WHO has warned that a wider outbreak is possible. Many of China's 1.4 billion people will be travelling abroad during the Lunar New Year holidays next week, worrying health authorities about the disease spreading to other countries.

Read more: SARS — a dangerous viral infection in the lungs

No human-to-human transmission of the virus has been confirmed since the outbreak began on December 12, but the WHO and Wuhan health authorities are not ruling out the limited possibility of the virus spreading among people in close contact with those infected.

The Chinese woman who was diagnosed while traveling in Thailand reported visiting seafood markets in the city, but she had not visited the one at the center of the outbreak.

The patient in Japan, who was released from the hospital, had also not reported visiting the market.

A report published by the London Imperial College's MRC Centre for Global Infectious Disease Analysis stated there are likely "substantially more cases" of the new coronavirus than the 45 currently announced by Wuhan authorities.

The virus has revived memories of a SARS epidemic in 2002-2003 that killed 774 people in dozens of countries. Since 2012, 858 deaths have been linked to MERS, the majority of cases in Saudi Arabia.

The deadly virus has killed nearly three times as many people in the Democratic Republic of Congo as any Ebola outbreak. It's preventable with a vaccine. (08.01.2020)

A potential breakthrough discovery of new antibodies could lead to a universal vaccine. If successful, it could protect against all types of deadly influenza viruses and even prevent pandemics, a study shows. (25.11.2019)