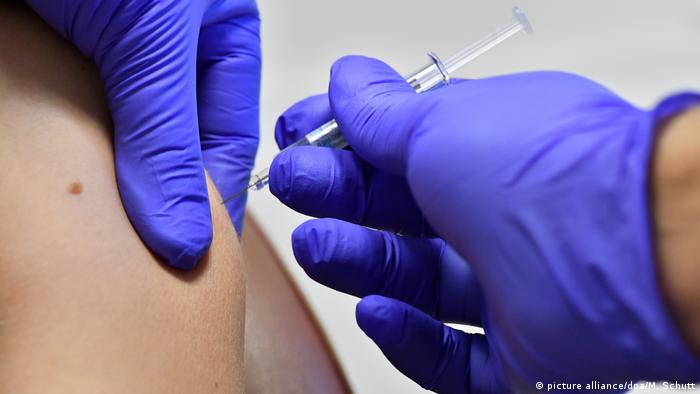 Immunologist Ali Ellebedy was working on a study analyzing the immune response to flu infection in humans. During his research, he spotted a new type of powerful antibody in a blood sample from a patient infected with human influenza virus.

Ellebedy then sent samples of the antibody to Florian Krammer — a microbiologist who proved the effectiveness of the antibodies by testing them against extensive samples of virus proteins dating back to the 1970s. These proteins, called neuraminidase, enable the virus to spread through the human body.

Krammer told DW that the beauty of this new antibody, called 10G1, is that it binds to the parts of the virus that never change. This means that even if new strains of influenza viruses are detected, a potential vaccine containing new antibodies would still be effective.

Moreover, the antibody has a powerful potential to attack both A and B subtypes of influenza viruses, making it an even better candidate for a universal vaccine that would combat human, swine, and bird strains, as well as other rarer strains of lethal flu viruses.

Read more: Is medicine for the flu coming?

There are three types  of influenza viruses that affect humans. These are A, B, and C. Type A causes epidemics of seasonal flu. Among these are swine H1N1, bird H5N1, and human influenza flu H3N2. Type A viruses circulate between humans and other species, whereas type B and C are only known to exist in humans, causing mild infections and usually without symptoms.

DW analyzed data about virus activity throughout the US and Europe, sourced by the World Health Organisation's Global Surveillance and Response System (GISRS). The results, presented in the heatmap below, show that there has been a steady rise in influenza virus activity for both A and B virus subtypes, especially in the US, the UK, Portugal, Germany and Croatia.

Moreover, the results point to a high activity in the first and last weeks of the year.

Not only to prevent, but also to cure

Even though commonly mistaken for a cold due to similar symptoms— like coughing, a runny nose, sneezing, and experiencing a high fever — seasonal flu can be very dangerous. Untreated influenza can have fatal outcomes, as it can lead to severe respiratory infections. This is particularly the case for sensitive groups like infants, pregnant women, the elderly and people with chronic diseases.

One of the biggest problems with current vaccines is that they usually last one season before the virus mutates. However, researchers working on this study also tried to create resistant viruses in the lab to test whether the new antibody would still work. The results proved that the antibodies still bound to the virus and neutralized it.

The antibodies proved to be effective even against strains of the virus resistant to Tamiflu, a powerful cure used to treat severe cases of influenza viruses like swine and bird flu.

"Infected mice [in the study] reacted very well to these antibodies even three days after they were infected, and the window for Tamiflu was closed. This means that the discovered antibodies would have a potential for the development of both vaccine and a cure," Krammer told DW.

Read more: Do I have the flu or the common cold?

Rise in global deaths from flu

There is a steady rise in global annual deaths from influenza viruses. Now, there are an estimated 290,000 to 600,000 mortality cases per year, but it is still hard to determine real numbers.

The most common flu infections were caused by the virus A, which was not subtyped. Krammer told DW that unsubtyped A viruses mean that it is hard to identify if the virus belongs to the H1N1 swine flu, or H3N2, which is human influenza virus.

A new report from the American Center for Disease Control and Prevention also suggests that influenza season in the United States started earlier this year, and that widespread virus type A activity has been recorded in Puerto Rico, and seven other states including Texas, Alabama, and Nevada.

On the other hand, Krammer explained that flu seasons vary in the northern and southern hemispheres. In the north, flu seasons are common in winter, but in countries like China and Singapore, influenza is spread throughout the year because there is no real winter. That makes it even more difficult to determine the real burden of influenza.

Krammer pointed out that the chances for a global pandemic are increasing. It's hard to predict when the next big pandemic will happen, he said, but he is certain it will happen again.

"The chances for a pandemic are, however, increasing because there is a lot more global interaction. Pandemic viruses come from avian species, like wild birds, chickens, ducks, where all these influenza viruses circulate. If we look at the number of chickens we raise for food, they are increasing, because the global population is increasing and we need to feed people." 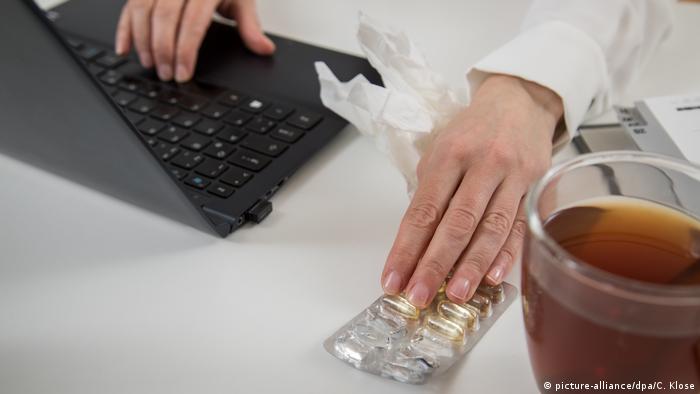 Even though newly discovered antibodies have enormous potential for the development of a truly universal vaccine and cure for influenza, it will take years of costly clinical trials before it hits the market, Krammer said.

The first step is to examine if it's possible for all humans to develop the 10G1 antibodies.

Until a universal vaccine is developed, one of the best ways to stay safe is to take precautionary measures, Krammer suggested.

"First, get vaccinated. The vaccines we have now are not perfect, but they really work. The second step is to keep ourselves healthy. If we are healthy, infections have less impact. The new generation of a vaccine we have now is against four viruses which circulate in humans which are H1N1, H3N2 and two types of influenza B viruses."

Spice up your health

Spices and herbs not only add an extra dimension to our food, they're also good for our health. And we're not even talking about the exotic ones — most of these are probably already in your kitchen cupboard. (15.03.2019)

From foreskin to feces: 8 of the wackiest wellness fads

So you've heard of goat yoga? That isn't where it ends. Time to catch up on penis facials, micro-dosing, cow cuddling and colon flushing — a few of the fads from a booming wellness industry. (06.08.2019)

A lot of us haven't had a common cold in ages. Masks and social distancing have played their part. But is it good — much less, possible — to block every single virus?