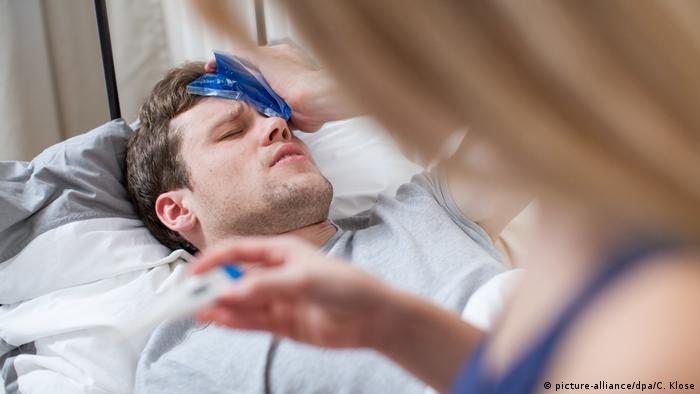 Some 40,000 Europeans die as a result of influenza each year. Germany's Robert Koch Institute (RKI) says the illness has already killed 136 German citizens since January 1 of this year. The RKI confirmed that it had registered 24,000 cases last week, by far the highest number since flu season in Germany began in December 2017. That number is up from 18,700 in the previous week.

In light of the current wave of influenza infections across Europe, the European Commission has called for more people to seek immunization: "I call on all European Union citizens to get vaccinations for themselves and their children," EU Health Commissioner Vytenis Andriukatis told the German daily newspaper Welt on Wednesday.

The commissioner went on to say: "In 2018 we are still far from achieving the EU goal of 75 percent flu vaccination rates among older citizens." He said that was the reason for high numbers of hospitalization being reported across Europe.

In its weekly report, the RKI said Germany had also seen a spike in cases of influenza at kindergartens and schools across the nation. The current wave of illness has adversely affected a number of German businesses as well.

The illness is hampering schools and factories but also the country's public transport and train systems. This, in turn, has caused numerous cancellations due to a shortage of healthy engineers. A number of Germany's professional soccer teams are also struggling to keep their stars healthy this season.

Crowded offices are being hit hard as well, though many employees hesitate to call in sick for fear they will be looked down upon by employers. The main drivers of the illness are weakened immune systems in the coldest months of the year and a lack of preventative hygiene practices. The situation is often compounded by dry air from heating systems, which dries out mucus membranes, making a person more susceptible to infection.

Read more: How best to deal with a cold or the flu 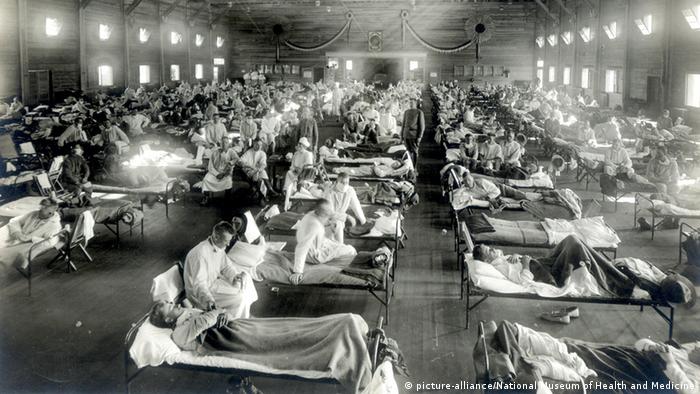 The Spanish Flu Pandemic of 1918-19 killed some 50 million people, 10 percent of the world's population.

Experts therefore suggest that people wash their hands regularly, refrain from touching their face and mouth, get plenty of sleep and also strengthen their natural immune system by getting regular exercise.

Between two and 10 million German citizens are infected with the flu each year.

History shows that the danger of the illness should not be underestimated. This year is the 100th anniversary of the outbreak of what became known as the Spanish Flu Pandemic, which infected one-third of the world's population and killed some 50 million people around the globe — 10 percent of the global population at the time.