Public health experts have urged "everyone older than six months" to receive a vaccine. Australia has witnessed a severe flu season and one particularly virulent strain, prompting fears in Europe and the US. 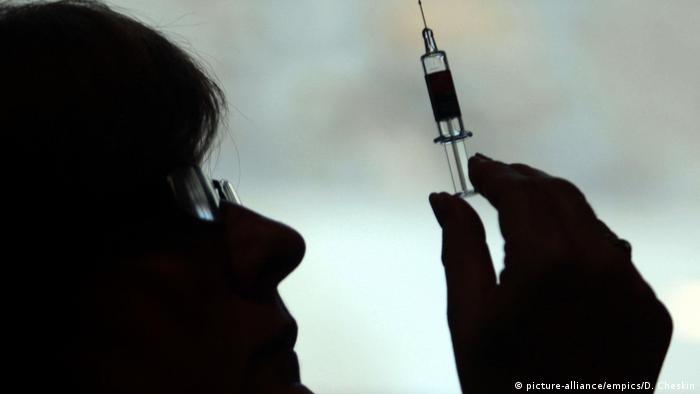 The American Academy of Pediatrics (AAP) on Monday reiterated guidelines that "everyone older than six months" should receive vaccinations after Australia witnessed a severe flu season.

"Complete immunization should occur by the end of October, if possible. There is no evidence that administering the influenza vaccine early in the season increase the risk of infection for children," the AAP said in a statement.

Public health experts have expressed concerns about the upcoming flu season in Europe and the US after 73 people died in Australia this year  from a strain of flu dubbed Influenza A, or H3N2 (H3), which is more resistant to flu vaccinations than most and often affects the elderly.

The WHO issued a reminder on Twitter, urging people under no circumstance to try to combat the flu by sharing antibiotics, which "DON'T cure viruses like colds and flu."

Australia's health ministry has warned that the number of deaths caused by Influenza A could be higher than the 73 known cases after raising the country's flu risk level to high in August.

Anthony Fauci, who heads the US National Institute of Allergy and Infectious Diseases, warned this week that the flu season in Australia could serve as a bellwether for what Europe and the US can expect.

"In general, we get in our season what the southern hemisphere got in the season immediately preceding us. An intelligent guess, therefore, is that the north will probably have a bad flu season," said Fauci, according to US broadcaster CNN.

"With influenza, it is never 100 percent. There is nothing really unusual about this year except that it's a high year in Australia, which is what you see every once in a while."

Fipronil: What is it - and how did it get into our eggs?

The scandal over contaminated eggs in Germany is growing. To protect their customers from the toxic Fipronil, the discounter Aldi has pulled all eggs from its stores. But what exactly is Fipronil? (04.08.2017)