Fipronil: What is it - and how did it get into our eggs?

The scandal over contaminated eggs in Germany is growing. To protect their customers from the toxic Fipronil, the discounter Aldi has pulled all eggs from its stores. But what exactly is Fipronil? 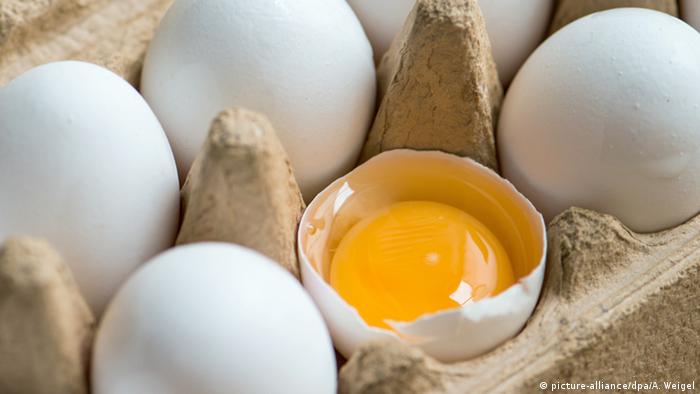 Fipronil is an insecticide that - in an ideal world - should never find its way into a chicken coop. But somehow it got mixed in with "Dega 16," a cleaning agent and sanitizer used on many poultry farms. The cleaning agent has not only been used for pest control in the Netherlands, but also in the German state of Lower Saxony, where eggs are now being thoroughly examined to see if they contain traces of Fipronil. Farms where the chemical was sprayed have been closed and eggs pulled from stores.

"Fipronil should never have been used around chickens," Leif Miller, director of the German environment association NABU (Nature And Biodiversity Conservation Union) said in a press statement. "But this new scandal doesn't come as a surprise. The European Union needs to fundamentally change their agrarian- and food policies, so that ecological and nature-friendly farming becomes worthwhile again."

What exactly is Fipronil?

Fipronil is highly toxic and used as a pesticide to protect crops as well as in veterinary medicine to kill off fleas, lice, ticks, roaches and mites. It is not allowed anywhere near animals in the food production chain, including chicken. Fipronil is also dangerous for honey bees. To protect the endangered insects, the use of Fipronil on corn seeds has long been prohibited.

How dangerous is Fipronil?

The insecticide can be absorbed by the skin or ingested orally. Eating eggs contaminated by Fipronil can lead to liver, kidney and thyroid damage. Having said that you would need ingest a large proportion of eggs. Those who did might have to deal with irritated eyes and skin, nausea and vomiting. 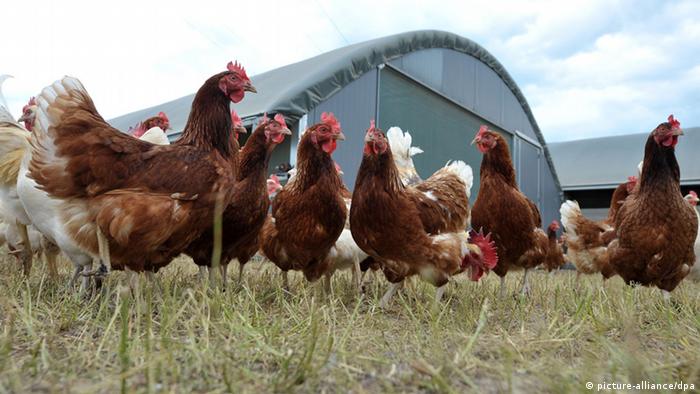 With current Fipronil levels, Germany's Federal Institute for Risk Assessment estimates that a child who weighs around 16 kilograms (35 pounds) could eat 1.7 eggs per day without reaching the threshold where Fipronil levels become dangerous. This includes products that contain egg, like pancakes or pasta. An adult who weights 65 kilograms could eat seven eggs a day.

The levels currently measured in contaminated eggs aren't very high and thus not dangerous for adults, however authorities and experts have advised parents to not let their children eat contaminated eggs.

How did Fipronil get into the eggs?

If a pest infestation at a farm is treated with Fipronil, the animals' skin - or feathers, in case of chickens - could absorb the insecticide. Traces can then also be found in animal products, like eggs. Through "Dega 16," Fipronil got into the chickens and thus into the eggs as well.

How do you recognize Fipronil-contaminated eggs?

In the European Union, every egg is stamped with a number. That's how consumers can retrace the country of origin and even which farm the egg is from. German media have published lists of the numbers that mark contaminated eggs.

Dutch officials have released a list with ID codes for eggs to help consumers identify those contaminated with fipronil. Millions of insecticide-tainted eggs have made it onto the German market this summer. (06.08.2017)

German authorities are on high alert after neighboring Belgium and the Netherlands issued a recall for millions of contaminated eggs. The scare was caused by a toxic insecticide that could adversely affect human health. (01.08.2017)

Chlorine Chicken: No Thank You