Aldi has taken further precautionary measures to prevent the sale of eggs tainted by the insecticide fipronil. Millions of contaminated eggs have made it to the market in Germany, according to the Agriculture Ministry. 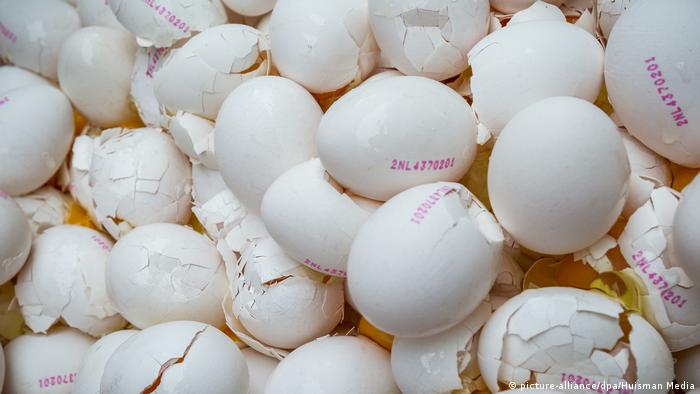 German supermarket chain Aldi on Friday announced it was pulling all eggs from its stores, taking a step further than its competitors to manage an ever-growing scandal sweeping across Germany.

Germany, Belgium and the Netherlands have recalled millions of eggs after authorities discovered two batches marked as 1-NL 4128604 or 1-NL 4286001 contained high levels of fipronil, a highly-toxic insecticide.

The substance can damage the liver, kidneys and thyroid glands if ingested in large amounts, according to the World Health Organization (WHO).

Read more: Fipronil: What is it and how did it get into our eggs?

Aldi had already recalled eggs within the two batches. However, the company said that it would pull all eggs from its stores as an additional precautionary measure. It said it hoped it could restock within the next few days with eggs that were certified fibronil-free.

Other German grocers, including Rewe and Lidl, have also pulled eggs from the contaminated batches.

Dutch industry representatives have lashed out the measures taken by authorities and companies, saying they were not commensurate to the threat posed by the contamination.

"This is fearmongering, because you know there are no risks," said Eric Hubers, who heads the Dutch poultry farmer's association, during a radio interview on Thursday. "All Dutch eggs that are reaching markets now are guaranteed free of fipronil."Read more: Germany's love affair with the egg

Germany's Federal Institute for Risk Assessment said that there was "no concrete" health risk from consuming the contaminated eggs. However, the German Agriculture Ministry said a "health risk cannot be completely ruled out for particularly vulnerable groups of consumers."

Symptoms of ingesting fipronil include but are not limited to vomiting, abdominal pain and seizures. The insecticide is designed to combat insects such as fleas, mites and ticks, but is not allowed to be used on food-producing animals. 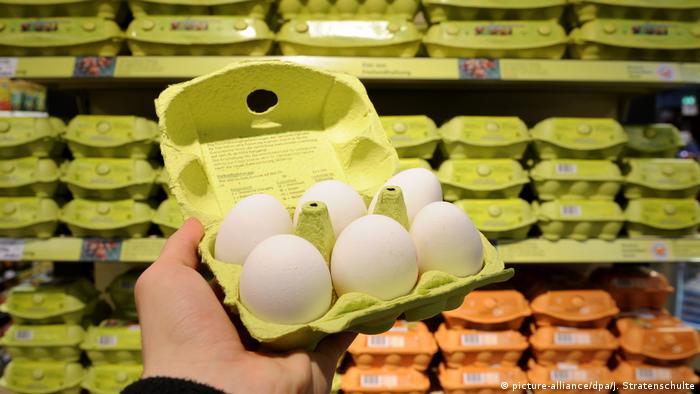 Following the 2011 dioxin scandal in Germany, a range of measures were introduced to increase transparency for consumers

Dutch and Belgian authorities have launched criminal investigations to determine the source of the contamination.

More than 150 poultry farms in the Netherlands have been temporarily closed due to the contamination. Dutch farmers are expected to record losses of at least 10 million euros ($11.9 million), according to a spokesman for the Dutch Federation of Agriculture and Horticulture.

The Netherlands exports approximately 5 billion eggs to Germany annually, according to the Dutch union of poultry farmers.

"We hope that German consumers will start trusting and eating our eggs again, otherwise this disaster will be immeasurable," said the union's chairwoman, Hennie de Haan.

"We hope we can win back the trust of German consumers very quickly because we carry out more tests than probably anywhere else in the world, so we actually have very safe eggs."

Food from labs for a sustainable future?