Scavengers pillage wartime wrecks in Southeast Asia | Asia| An in-depth look at news from across the continent | DW | 29.05.2017

Historians and recreational divers say pillaging of naval wrecks for their valuable metals is a violation of the vessels as registered war graves. But stopping it has proved extremely challenging. Julian Ryall reports. 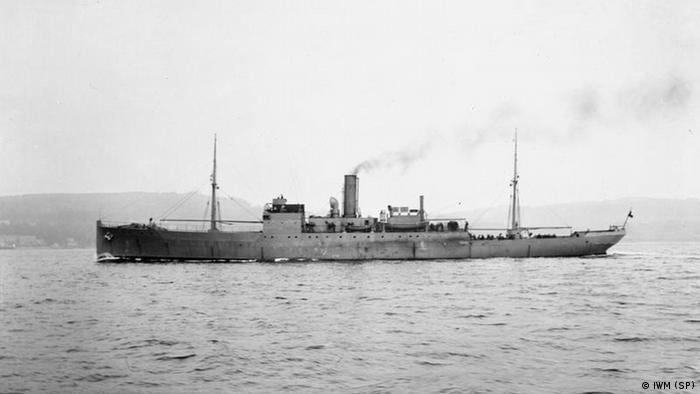 Maritime authorities in Indonesia and Malaysia have recently cooperated to impound a Chinese-flagged dredger and arrested its crew on suspicion of illegally scavenging for valuable metals on the wrecks of numerous ships sunk during World War II.

Historians point out that as the remains of the crew remain aboard the vessels, they are recognized as war graves and are protected by law.

An Indonesian Navy warship detained the Chuan Hong 68 in early May, the second time the ship had been apprehended in as many months.

The 8,000-ton vessel was first detained on April 20 off the Riau Islands on suspicion the crew was carrying out illegal dredging activities. Two days later, the ship managed to evade the Indonesian authorities and fled into Malaysian waters.

The US has commemorated the 75th anniversary of the Pearl Harbor attack. Imperial Japan's surprise attack on the naval base in 1941 brought the Americans into World War II. (08.12.2016)

The UNESCO World Heritage committee has inscribed 23 sites in Japan, considered examples of the country's historic industrial revolution - despite protest from South Korea, which links the sites to Japanese imperialism. (06.07.2015)

Great Britain's Royal Air Force Museum has begun an operation to salvage a German bomber from the English Channel. The World War II aircraft was shot down during the Battle of Britain in 1940. (04.05.2013)

Traditionalists in Japan who have long opposed the idea of a woman assuming the nation's Chrysanthemum Throne now fear that the emperor stepping down will damage the standing of the imperial system. Julian Ryall reports. (16.08.2016)

Strewn with shipwrecks: The Baltic Sea

A submarine found sunk off the Swedish coast and believed to be Russian raises questions. Is it a sign of a recent intrusion? Does it date back to WWI? It wouldn't be the first: the Baltic Sea is strewn with shipwrecks. (28.07.2015)

Subsequently seized by the Malaysian Maritime Enforcement Agency, The Jakarta Post has reported that the Chuan Hong had been chartered by a Malaysian company, while images showed scrap metal covering the deck of the ship.

Authorities believe the metal comes from the wreck of the Imperial Japanese Navy destroyer Sagiri, which was sunk by a torpedo from a Dutch submarine in December 1941 with the loss of 121 of her 241-strong crew.

The Chinese vessel is believed to have also partly salvaged the Japanese troop ship Hiyoshi Maru and the converted passenger liner Katori Maru, both sunk by the Dutch submarine K-XIV off Borneo in December 1941. All three wrecks are registered war graves.

Among the dozens of wartime wrecks in the region are two of the most iconic Royal Navy ships in history. HMS Repulse and HMS Prince of Wales were sunk by Japanese aircraft just days after the Japanese attack on the US base at Pearl Harbor.

Both ships turned over as they sank, with Repulse now at a depth of 183 feet and the Prince of Wales at 223 feet of water. Some 508 officers and men went down with HMS Repulse, while a further 327 were killed aboard HMS Prince of Wales.

The wrecks are still Crown property and designated as a Protected Place under the Protection of Military Remains Act 1986.

Despite legal protection, the wrecks have been extensively salvaged. Made of phosphor bronze, the massive propellers would have earned a bumper payday for the scrap metal merchants. The scrap price for phosphor bronze is around 4,370 euros ($4,900) per ton, with each of the eight propellers weighing an estimated 15 tons.

The large sums involved spur illegal scrap metal scavengers to take to undersea looting of the wrecks in the waters around Southeast Asian nations like Singapore, Indonesia and Malaysia.

Having stripped the wrecks of those components, the scavengers have now started to take other ferrous metals, primarily copper from boilers as well as large chunks of steel, such as the propeller shafts, and high-grade aluminum.

Vessels constructed before 1942 had steel that was smelted before atomic weapons tests put radioactive isotopes into the atmosphere, with "low-background" metal valuable for sensitive scientific instruments.

When David Yiu, director of Singapore-based Friendly Waters Seasports Pte., dived on HMS Repulse in 2015, he found the vessel had been rigged with home-made explosives and fuses that were just waiting to be detonated.

"There are bodies in these ships and they should be respected as war graves," Yiu told DW. "The ships are of historic significance because the men that are still inside them gave their lives for their countries.

"Now, any human remains that the dredgers bring up are simply tossed overboard or dumped on the land somewhere when they get back to port," he said. "It's desecration."

Yiu has campaigned for years for better protection of the wrecks in the region, but fears the ocean is too large and government-level interest in the problem too limited for the recent arrests to have any sort of impact over the longer term.

He also claims that government corruption in the region has in the past meant that crews caught illegally operating on sunken ships have been quickly released, possibly after bribes have changed hands.

"While, of course, we want maritime officials to protect wrecks - especially war graves - the ocean is big and it takes significant resources to do so, especially if the wrecks are far offshore and not part of normal patrol routes," he said.

"The enforcement of admiralty law, fines and, potentially, jail sentences raise the risk and reduce the reward for illegal salvors," he said. "Hopefully this case will discourage this kind of activity."

A keen diver himself, Schwankert said there have been recent cases in Southeast Asia in which recreational divers have gone to the site of a wreck only to discover that it has been reduced to a small pile of debris or, on occasions, disappeared entirely.

"Divers are the primary visitors to the world's submerged cemeteries and almost all of them treat such sites with respect," he said. "To see war graves and the final resting place of those who lost their lives on the sea pillaged is heartbreaking."

Unexploded ordnance in Germany - A legacy of the Allied Forces

Over 50,000 people were evacuated from the northern city of Hanover this weekend, so that bombs from World War II could be defused. Even 72 years after the war ended, unexploded bombs are still found across the country. (07.05.2017)