The UNESCO World Heritage committee has inscribed 23 sites in Japan, considered examples of the country's historic industrial revolution - despite protest from South Korea, which links the sites to Japanese imperialism. 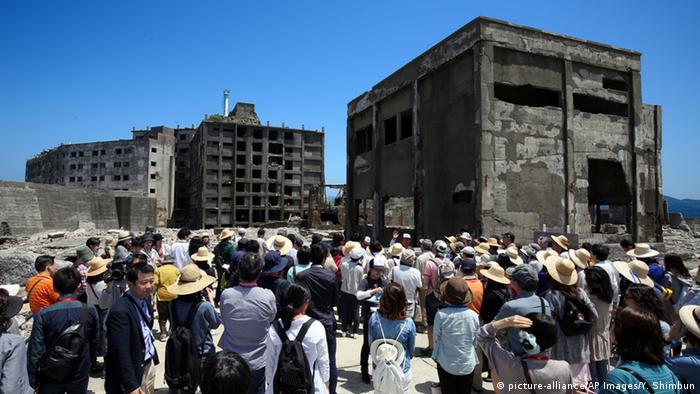 Despite diplomatic wrangling by South Korea, the Meiji-era industrial sites in Japan have been awarded UNESCO World Heritage status, announced Sunday (05.07.2015) during the 39th session of the World Heritage Committee in the German city of Bonn. The move marks a historic step in relations between Japan and South Korea, with Japan acknowledging for the first time that it forced South Koreans into harsh working conditions during World War II.

The 23 inscribed sites on 11 different locations include steelworks, shipbuilding yards and a coal mine on the island of Hashima (pictured), and are all considered invaluable representations of Japan's own industrial revolution - testimony to the first non-Western industrialization.

However, as always there are at least two sides to history. While there was jubilation in Tokyo, the response in Seoul was notably less celebratory. For many South Koreans these industrial sites serve as brutal reminders of Japanese imperialism and forced labor. 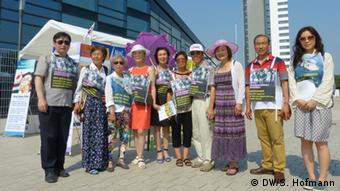 After annexing the Korean peninsula in 1910, the Japanese exploited many of the region's citizens until Japan's eventual defeat in 1945, following World War II. Tens of thousands of forced laborers were sent to toil in these industrial sites, including many owned by business giant Mitsubishi.

Ahead of the decision, South Korea urged the World Heritage Committee not to approve the site, arguing that official heritage inscription would "violate the dignity of the survivors." However, in a statement issued Sunday, the country expressed its approval, adding that the decision "marks another important step toward remembering the pain and suffering of the victims, healing the painful wounds of history, and reaffirming that the historical truth of the unfortunate past should also be reflected in an objective manner."

Japan tried to minimize already strained diplomatic relations with South Korea - as well as many other Asian nations with conflicting views of Japan's war-time history - by nominating the specific historic period from 1850-1910, prior the controversial occupation of the Korean peninsular.

The Japanese government has also proposed to incorporate information centers at many of the sites, a gesture welcomed by Seoul. And, for the first time in post-war history, Japan acknowledged in a statement on Sunday that a large number of Koreans and others were "brought against their will and forced to work under harsh conditions in the 1940s at some of the sites."

Tokyo, however, has said that its policy toward South Korean and reparations to the forced laborers has not changed. A 1965 treaty includes a reparations package of some $800 million in grants and cheap loans.

The warehouse district, or "Speicherstadt," in the German port city of Hamburg has been put on UNESCO's World Heritage list. The city's "Kontorhausviertel" was also listed. (05.07.2015)

UNESCO has added the historic vineyards and cellars of Champagne and the unique natural climate of Burgundy vineyards to its list of World Heritage Sites. The decision set corks popping in France. (05.07.2015)