The warehouse district, or "Speicherstadt," in the German port city of Hamburg has been put on UNESCO's World Heritage list. The city's "Kontorhausviertel" was also listed. 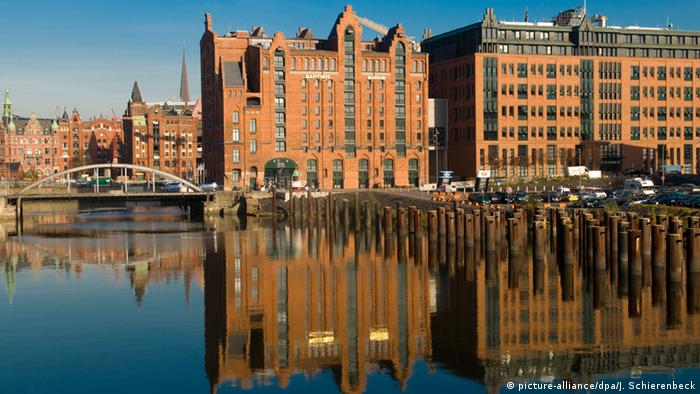 The decision to make the "Speicherstadt" and the adjacent "Kontorhausviertel" World Heritage Sites came at a meeting of the United Nations organization in the German city of Bonn.

The UNESCO World Heritage Committee justified its choice by calling the sites a unique symbol of the rapid international growth of trade in the late 19th and early 20th century.

The "Speicherstadt," constructed between 1885 and 1927, is considered to be the largest uniform collection of warehouses in the world. The "Kontorhausviertel" contains office buildings from the early 20th century, and is regarded as the first office-only district in Europe.

The other German nomination for World Heritage status, the late Romanesque-Gothic cathedral in the city of Naumburg, missed out this time around.

The sites are the first in Hamburg to be put on the World Heritage list.

On Saturday, UNESCO placed the vineyards and cellars in Champagne and Burgundy in France on the list, along with two sites in Iran - the troglodyte settlements of Maymand and the ancient city of Susa - Singapore's Botanical Gardens and the Great Burkhan Khaldun Mountain sacred landscape in Mongolia.

The committee will meet in Bonn until July 8 to decide on other sites.

There are currently just more than 1,000 World Heritage Sites in 161 countries around the world. The aim of the listing is to encourage preservation of the sites and tourism to them.

Germany previously had 39 such sites.

US: One person dead in Tennessee school shooting 40m ago

US women's soccer team gets partial victory on equality 2h ago