Saxony's premier Tillich says Islam is not part of Germany

The premier of the eastern German state of Saxony, Stanislaw Tillich, has said he disagrees with Chancellor Angela Merkel on the status of Islam in Germany. But he says he wants more immigrants in his state. 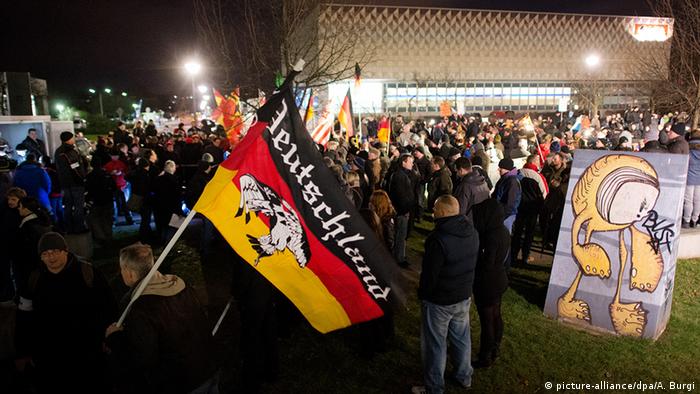 In an interview published on Sunday, Tillich told the newspaper Welt am Sonntag that he did not hold Chancellor Merkel's recently expressed view that Islam was a part of Germany.

"I do not share this opinion," Tillich said. "Muslims are welcome in Germany and can practice their religion. But this does not mean that Islam is part of Saxony."

Tillich's remarks come amid a series of weekly marches by the "anti-Islamization" group PEGIDA ("Patriotic Europeans Against the Islamization of the West") in the Saxon capital, Dresden.

While condemning the xenophobic views expressed by some PEGIDA members, Tillich, who belongs to Merkel's Christian Democratic Union, called for continued dialogue with the organization. He said many of its fears were born of a dissatisfaction with the "political decision-making process and decisions." 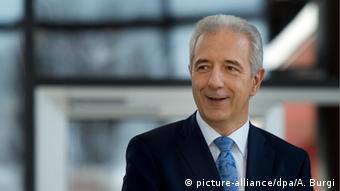 He also called on Muslim organizations to do more to distance themselves from radical Islamist terrorism, saying that they could calm people's fears by making it clear that such terrorism constituted an abuse of Islam.

"That would be a convincing way of helping to reduce fear in this country," Tillich said.

In another article in the same paper, Tillich joined with fellow state premiers in calling for more immigration to German states that once formed part of communist East Germany - a move that is in direct opposition to the anti-immigration stance of the PEGIDA movement.

Tillich said that in view of problematic demographic developments, more foreigners were needed in Saxony.

"The east in particular needs more migrants," he said.

His view was echoed by Thuringia's state premier, Bodo Ramelow of the Left party, and by the state premier of Saxony-Anhalt, Christian Democrat Reiner Haseloff.

Describing Thuringia as "cosmopolitan," Ramelow said, "We can't have enough hands and minds for the work that needs to be done." Haseloff spoke of the "chances for development" offered by more immigration.

He said the current 40,000 euros ($42,826) per year called for by German immigration authorities was too high in light of the level of pay in eastern German states, where lowest-paid skilled workers earn some 25,000 euros annually.

"We must be guided by this [lower] sum, as the demographic deficit is larger here," he said.

Economists have been warning for some time that Germany's lack of skilled workers and low birth rate means that the country needs more immigrants.

Germany's well-organized neo-Nazi scene is merging with the anti-Islamization PEGIDA movement. They've become an integral part of the group's weekly marches - and they appear to be tolerated by organizers. (25.01.2015)