From poverty to child marriage, a majority of the world's children face "a sudden end of childhood," according to the NGO Save the Children. While European youngsters fared best, the situation was bleakest in Africa. About 1.2 billion children face severe risks from conflict, poverty or sexual discrimination, said Save the Children rights organization in a report published on Wednesday.

The main threats to childhood are child labor, exclusion from education, early pregnancy and child marriage, with conflict often inflating the risks.

"Around the world, conflict denies children of theirs rights to health, education, protection and freedom from fear, leading to a sudden end of childhood," the organization said.

"Child marriage, child labor and malnutrition are just a few of the alarming living conditions that can deprive children of their childhood," said Susanna Krüger, managing director Save the Children in Germany.

According to the report, many of the worst-ranked countries were located in central and western Africa. Niger ranked at the bottom of the list, with Mali and the Central African Republic not far behind.

"Children in these countries are the least likely to fully experience childhood," the report said. "In these and many other countries around the world, children are robbed of significant portions of their childhoods."

Read more: Not just for the boys! Women and girls embrace science in Kenya

At the opposite end of the list, Singapore and Slovenia shared the top spot. Germany ranked 12 globally, while the US came in 36 and Russia right behind it at 37.

Out of the 175 countries ranked in the study, 95 of them showed improvement in one of the risk areas. Meanwhile, in 20 countries, children are exposed to all three threats. 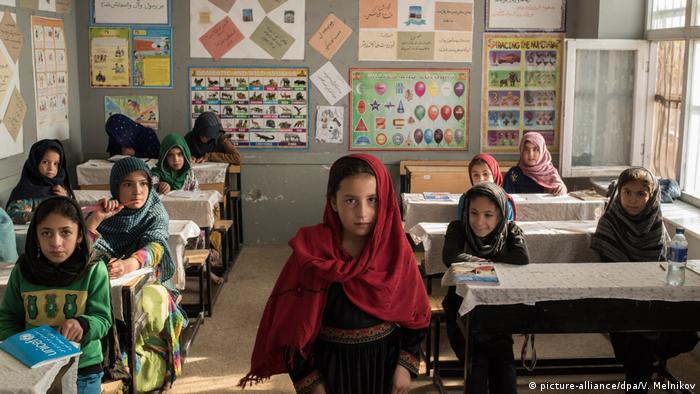 In many countries, girls are more at risk than boys, facing gender discrimination, early pregnancy and child marriage

'Leave no one behind'

The report recommended the international community take steps and use the UN Sustainable Development Goals (SDGs) framework as a way to secure childhood across the globe.

"We call on world leaders to value children and their right to survive, thrive and be protected by following through on the commitments made under the SDGs, and by taking immediate steps to implement the pledge to leave no one behind," Save the Children said.

"In addition to these cross-cutting global guarantees, specific actions are needed to address poverty, conflict and gender, with a focus on girls and children who are refugees."

Should the children of foreign IS fighters in Iraq and Syria be allowed to return home? Security agencies are alarmed, but aid workers say they're no danger if they get proper support. Judit Neurink reports from Irbil. (30.03.2018)

An OECD study has found that the children of non-European migrants still face major obstacles when it comes to education and job prospects in the EU. Researchers, however, found a number of positive trends in Germany. (28.05.2018)