An OECD study has found that the children of non-European migrants still face major obstacles when it comes to education and job prospects in the EU. Researchers, however, found a number of positive trends in Germany. 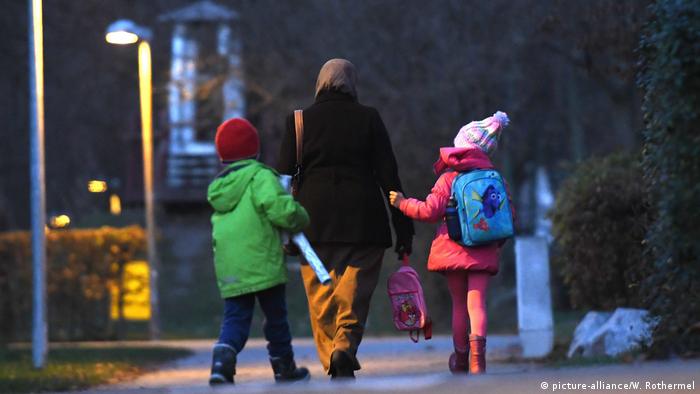 Children born in the EU to non-European parents continue to face several entrenched disadvantages when it comes to education and the job market, according to a study released on Monday by the Paris-based Organization for Economic Co-operation and Development (OECD).

The study found that across the EU the children of immigrants who arrived in Europe after World War II (often referred to as "guest workers") have a significantly lower chance of finishing secondary school or finding work than children with parents born in Europe.

Researchers put this down to the lower socio-economic starting conditions these children face compared to their peers.

This was particularly noticeable in Germany. Figures show that that as many as 50 percent of female and 30 percent of male first-generation migrants from Turkey and the former Yugoslavia didn't have a formal leaving certificate from secondary school.

However, by 2012 more than 90 percent of German-born children of immigrants had completed school.

Around a quarter of children with parents from the former Yugoslavia had received the so-called "Abitur" — the qualification granted by university-preparatory schools in Germany. Among children of Turkish parents the ratio was one-in-five.

By comparison, almost half of all students in Germany graduate with an "Abitur." The number of students seeking tertiary education is still relatively low compared to the rest of the OECD, given the attractive job opportunities offered by apprenticeships and vocational schools.

Founded in 1961, the OECD is an intergovernmental economic organization with 35 member countries. Its mission is to promote policies to improve the economic and social well-being of people around the globe.