The royal family in Saudi Arabia is anxiously watching Egypt, as clashes between the Muslim Brotherhood and the country's military continue. The conflict underscores that religion and revolution can go hand in hand. 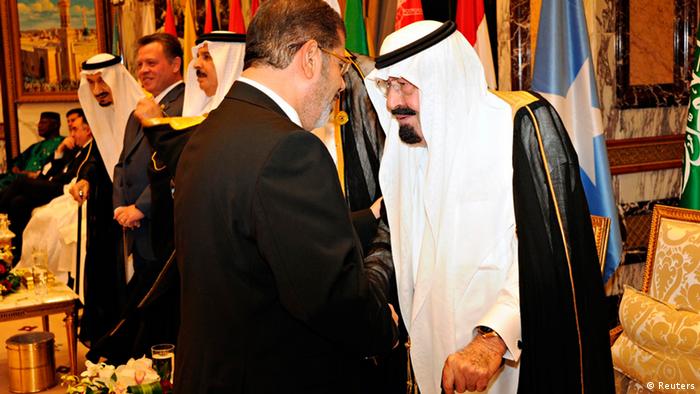 It is unlikely that there will be a revolution in Saudi Arabia anytime soon, at least according to many Middle East observers. The London-based Arabic newspaper "Al Sharq al Awsat" wrote that the patriarchal system remains in effect in the country, where obedience to its ruler and preservation of the status quo are cherished values.

But since the Arab Spring of 2011, a dominant theme throughout the region has been that Islam can be a catalyst for seeking political change. As Egypt continues to grapple with the process, the Muslim Brotherhood has come into its own among the competing political forces - a development that is raising eyebrows among Saudi Arabian rulers.

But Saudi Arabia is hardly confronting religion's wild and anarchic element for the first time. In some ways, today's political climate echoes recalls November of 1979, when an armed group of Islamists stormed the Great Mosque of Mecca, the central sanctuary of Islam. 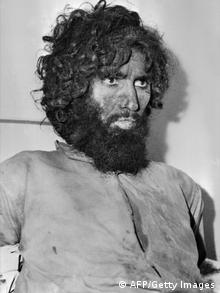 There, they took several thousand pilgrims as hostages and demanded an end to the Saudi royal dynasty and the Islamic rule of law. Despite the release of many of the hostages, the Saudi royal family issued a strong response. Troops surrounded the mosque and a two-week battle ensued that ultimately left around 330 dead. After several weeks, order was restored, and 70 of the hostage takers were executed, including their leader and a former national guardsman, Juhayman al-Otaybi.

Mistrust of the Muslim Brotherhood

The Saudis may now regard the Egyptian Muslim Brotherhood as a potential threat to their power. The Islamic political party came to power in Egypt's 2012 elections after the fall of former president Hosni Mubarak. Nearly a year later, the Brotherhood and Mubarak's successor as president, Mohammed Morsi, were themselves ousted by a popular movement that enjoyed the backing of the Egyptian military. Saudi Arabia has publicly announced financial support for the Egyptian military's actions. 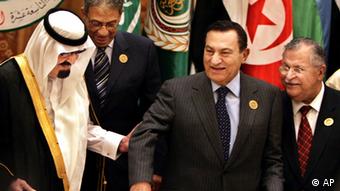 That show of support suggests even the Muslim Brotherhood's temporary success is enough to worry the Saudis. Egypt's wing of the Islamic political organization embodies a mix of religion and politics that might be enough to challenge Saudi Arabia's status quo one day. After all, the coup against Morsi has radicalized many within the Muslim Brotherhood, said Maha Azzam, political scientist at the London Chatham House in an interview with DW.

The Muslim Brotherhood was founded in 1928 as a resistance movement against the perceived immoral tendencies of the West, relates Middle East expert Christian Wolff of the University of Erlangen-Nuremberg. He told DW that the movement was also directed against a number of theological positions within Islam, explaining, "It deliberately isolated itself from the teachings of the traditional Ulama, which always conformed to the current ruling regime."

However, the Brotherhood sought not only a new approach to theology but to the societal order as a whole, Wolff said. "For this purpose, they acted on the authority of modern Islamic teachings. That's how they ended up in opposition to Wahhabi Islam, which is Saudi Arabia's state religion."

It was in the 1980s, however, that the political and ideological movement really gained momentum. This shift depended in part on the decline of the Marxist and nationalistic doctrines upon which many Arab oppositional movements were based. As those doctrines' influence faded, an ideological vacuum arose that was quickly filled with various approaches to Islam. But one exception along the way continues to be the strict and conservative school called Wahhabi Islam.

Modern social criticism on the rise 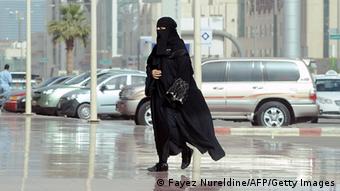 Elements of modern socially critical thought have made their way into the contemporary Islamist protest movement. Among those elements is the idea of questioning the ruling class' legitimacy. That offers another reason why the conservative Saudi royal family may be worried.

"Saudi Arabia is a monarchy and justifies this monarchy theologically as well," said political scientist Wolff. According to him, the Muslim Brotherhood favors a different concept. "In its political thinking, the Muslim Brotherhood has absolutely reached a point of political modernism and appreciates the idea of governments gaining legitimacy through the people. This is exactly what Saudi Arabia doesn't like."

The Saudi royal family's fears are exacerbated by current social and demographic changes. More than one fifth of Saudi Arabia's 27 million residents are made up of foreign workers, mostly from South East Asia. Almost half of the population is younger than 25 and well informed about world affairs thanks to digital media. Meanwhile, existing welfare programs are not enough to keep roughly one quarter of the population from living in poverty.

"This is why the social pressure is certainly more noticeable these days than in the past," said Wolff, who notes the Saudi population knows that citizens of other countries enjoy more civil liberties. Many Saudis have also observed how revolution and protests can overthrow a regime. The question that will occupy the country's royal family in the coming months, and perhaps years, is how to deal with the effects these developments could have at home.

The Muslim Brotherhood is still protesting against the military regime in Egypt, but the rallies are getting smaller. The arrest of the its leaders is taking its toll, and many Egyptians are now just hoping for calm. (24.08.2013)