Support for Muslim Brotherhood isolates Turkey | World| Breaking news and perspectives from around the globe | DW | 21.08.2013

Turkey risks endangering ties with the international community because of its support for the Muslim Brotherhood in Egypt. But an Erdogan aide says Ankara faces not isolation but a "precious loneliness." 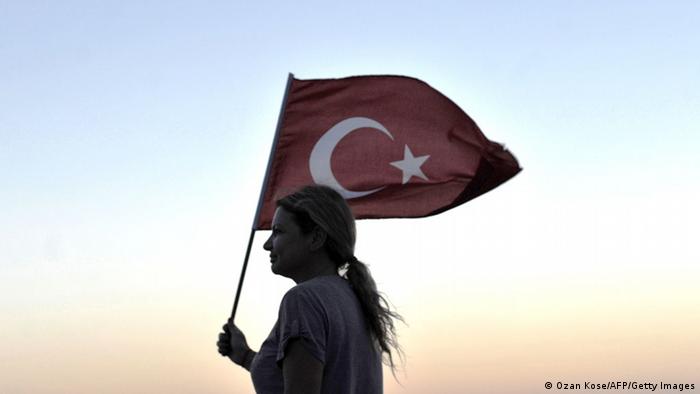 Turkish Prime Minister Recep Tayyip Erdogan's criticism of the July 3 coup and the bloody crackdown in Egypt has sparked an angry diplomatic row between Ankara and Cairo.

Egypt accused Turkey's Islamic-conservative Justice and Development Party (AKP) government for interfering in its internal affairs. Extending strong support to the Muslim Brotherhood, members of the AKP government accused the military-backed regime in Egypt of committing crimes against humanity.

The two countries recalled their ambassadors for consultations, the latest sign of worsening relations between two strategically important countries in the Muslim world. 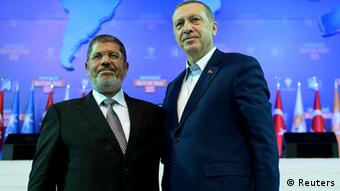 Erdogan has made his support for Morsi clear

Former Turkish Foreign Minister Yasar Yakis, a founding member of the AKP and its first foreign minister, expressed concern for the future of Turkish-Egyptian ties. Yakis, who also served as an ambassador to the Cairo during the 90s, said continuation of diplomatic ties with Egypt is critical for Turkey's ability to influence developments in the country.

"I think Turkey was right to define the situation as a coup from the very beginning and to strongly condemn it in the international arena," Yakis told DW. "One can criticize anti-democratic developments, but there is no need to be at loggerheads with the current regime in Egypt."

Erdogan has been a vocal opponent of the military regime in Egypt that ousted his close ally, former Egyptian President Mohamed Morsi. Over the last two years, Erdogan's AKP government extended its support to Morsi and the Muslim Brotherhood, not only due to their ideological closeness, but also due to Turkey's aspirations of gaining clout in the region. After Morsi's removal from office, however, Ankara saw its influence in Cairo decline.

On Tuesday, Erdogan accused Western countries as well as the Islamic world, of failing to stand against the coup and the bloody crackdown in Egypt. He also said he had documents showing Israel had a hand in events in Egypt.

Erdogan's remarks angered not only the Israeli and the Egyptian governments, but also sparked a strong condemnation by the US government.

"We strongly condemn the statements that were made by Prime Minister Erdogan," White House spokesman Josh Earnest told reporters. "Suggesting that Israel is somehow responsible for recent events in Egypt is offensive, unsubstantiated and wrong." 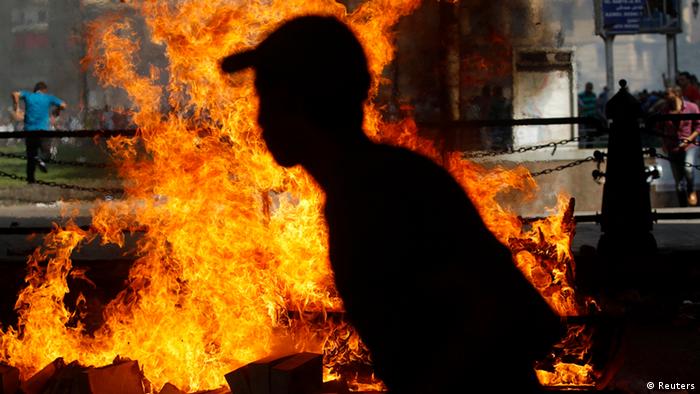 According to international relations professor Ihsan Dagi, Turkey's foreign policy is unlike that of any other country in the region and is troubling Turkey's relations with other countries. "Even among the Muslim nations, there is no country that has a similar position to us on Egypt," he wrote in his column for the daily "Zaman."

Dagi said Turkey should return to Foreign Minister Ahmet Davutoglu's "no problems with the neighbors" policy and focus on dialogue and cooperation.

But despite the criticism, the Turkish government does not seem willing to alter its approach.

If critics were correct, then Turkey's current position in the Middle East should not be seen as "isolation," but rather as a "precious loneliness" that comes from sticking to Turkey's morals and principles, tweeted Ibrahim Kalin, Erdogan's chief foreign policy advisor.

Former foreign minister Yakis' said the weeks ahead will be difficult for Turkey.

"We are likely to face serious differences with the Gulf states, the US and other Western countries," he said.

Islamist attacks on Christian churches and facilities in Egypt are on the rise following the ouster of President Mohammed Morsi. They are not protected by the police or the justice system. (21.08.2013)

Hundreds of supporters of ex-President Mohammed Morsi were killed in Egypt last week. A visit to a Cairo morgue suggests that their families are being systematically bullied by the government. (20.08.2013)

After military and police forces killed hundreds of people, Egyptians are left wondering - and fearing - what the future holds. DW examines recent events in the country and what could be in store for Egypt. (20.08.2013)