Political reports stemming from Egypt are displaying a clear lack of objectivity. While the state media support the military and the interim government, privately owned outlets are taking a different path. 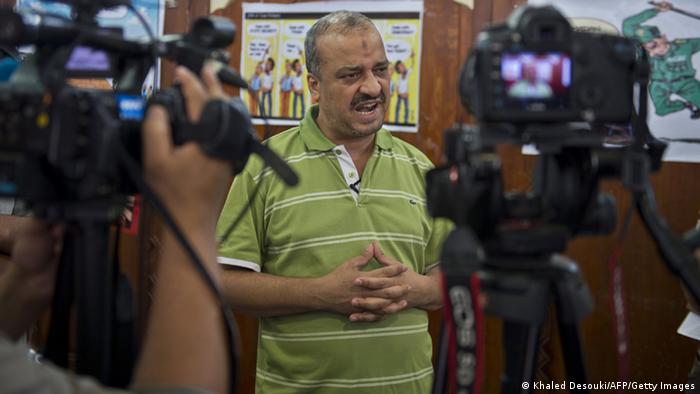 "A media war" is how Sarah Hartmann - head of the EU-Middle East Forum, a program run by the German Council on Foreign Relations - describes the current press situation in Egypt. She has been closely following the reports emerging from the country, but claims it is "extremely difficult to tell what is really happening from all those different reports and figures."

Since the ousting of President Mohammed Morsi by the Egyptian army in early July, Egypt's mass media have been siding with the military and opposing the Muslim Brotherhood. Journalists who report positively on pro-Morsi demonstrations are being put under pressure. Several arrests have taken place.

A history of biased reporting

According to Berlin-based political scientist Hamadi El-Aouni, there is a tradition in Egypt of the government influencing media reports. "Following the revolution in 1954, the Egyptian state under President Gamal Abdel Nasser decided that the media should play a strategic role," he told DW.

The Doha Centre for Media Freedom provides several examples of this. According to its observations, during last year's presidential election many Egyptian newspapers reported on voters in foreign countries. They drew a lot of attention to small groups of Egyptian expatriates who were opposed to Morsi. At the same time, large groups of pro-Morsi Egyptians abroad were mostly ignored, creating a skewed picture of the situation for Egyptians at home.

In addition to this, certain formulations and images were deliberately chosen to cover up some facts. All this resulted in misleading and manipulated reporting. 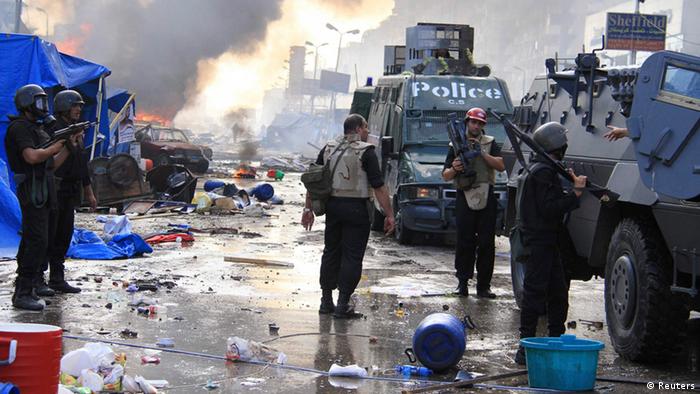 According to El-Aouni, this form of journalism is still going strong. "Reporting in Egypt means serving as a mouthpiece of the politicians, state and government," he said.

He pointed out that the heads of Egypt's state newspapers were initially very cautious when Morsi was ousted. "Every chief editor of a state newspaper is still waiting to see what direction the new regime will take and what expectations on the part of the army he needs to take into account," Attija Eissawi, managing editor of the "Al-Ahram" newspaper told German journalists.

No voice for Morsi supporters

The millions that support Morsi are currently not being given a say in Egyptian media. There is also little mention of the number of casualties resulting from the clearing of the pro-Morsi protest camp by the security forces.

International Arabic-language broadcasters are providing a counterweight - among them Al Arabiya, Al Jazeera, Deutsche Welle and BBC Arabic. Of these, Qatar-based Al Jazeera has the biggest viewer base in Egypt. It originally established itself as a serious international broadcaster, but then came under suspicion of acting as a mouthpiece of the Muslim Brotherhood. Some Al Jazeera journalists have quit as a result.

El-Aouni shares these doubts. He calls Al Jazeera a "propaganda channel" of the Muslim Brotherhood and believes it is waging war on the Egyptian opposition. 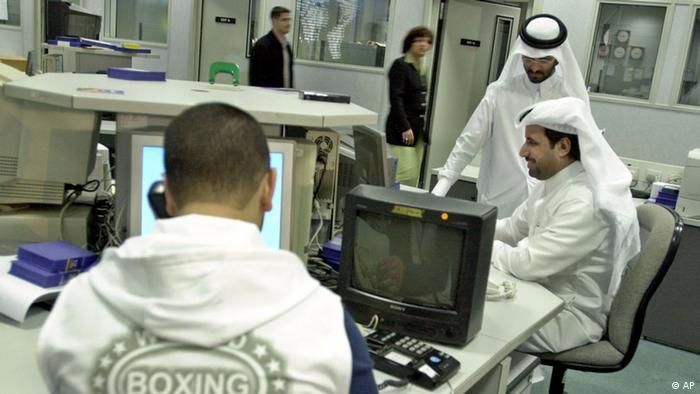 In the private media sector, numerous broadcasters can be found that categorize themselves as religiously motivated, said El-Aouni. They are financed by billionaires from the Persian Gulf states "so that they propagate a certain Islamic philosophy around the world, especially in the Arab countries." He believes Saudi Arabia has the biggest influence in this field.

"All mass media outlets, both private and state-owned, are clearly biased at the moment," commented Hartmann. Another major problem in communicating information is Egypt's high illiteracy rate and the fact that many Egyptians have no television or Internet access.

El-Aouni, meanwhile, provides a pithy summary of the current media influence situation in the country: "Around 40 percent of Egyptians either follow the state media exclusively or readily accept the propaganda and information issued by the Muslim Brotherhood."

Following the attack on pro-Morsi supporters in which 50 people were killed, conflicting reports emerged from both sides. A press conference was called by military leaders to help shed light on what had happened. (12.07.2013)