A Saudi-formed Islamic counterterrorism alliance raises questions over whether it will work, what it will do and its ultimate goal. It appears to be aimed at Iran as much as at extremists. 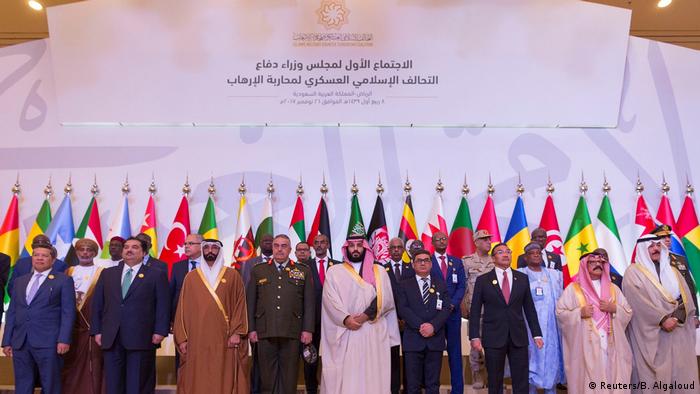 Saudi Arabia announced the alliance in December 2015 to fight "terrorism," singling out the "Islamic State" (IS) as a disease tarnishing the name of Islam.

In opening remarks in Riyadh on Sunday, Prince Mohammed said the alliance would "work together to support the military, financial, intelligence and political efforts of every member state" to battle terrorism and extremist ideology.

"The biggest danger of this terrorism and extremism is the tarnishing of the reputation of our beloved religion. ... We will not allow this to happen," he said.

The alliance initially had 34 members, but now includes 41 countries, according to the Saudi government. It has taken no action so far. From the beginning, it was unclear what the alliance would do or whether it would be able to wield any real power.

Now that IS has been largely defeated in Syria and Iraq, those questions remain, as does the question of the alliance's goals. The Saudis insist it is a work in progress. 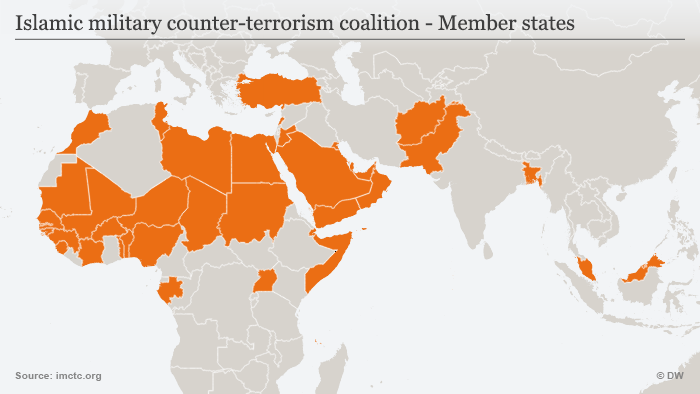 The United States has long urged Saudi Arabia and other Muslim countries to take a more proactive role countering terrorism and extremist ideology.

For the young crown prince, who has consolidated control over the country, the alliance is a way to show himself as the Arab world's leader at a time when the United States' leadership in the region is in question.

"This alliance is a clear signal to the Arab-Islamic world that Saudi Arabia still wants to set the main agenda in regional policy and, of course, another instrument of containing Iran," said Sebastian Sons, an associate fellow at the German Council of Foreign Relations.

Saudi Arabia is a member of the US-led coalition against IS, but its role has been marginal. It has instead become bogged down in a war in Yemen against Houthi rebels it says are backed by Iran. 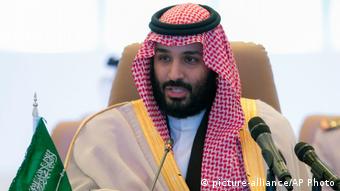 Some critics dismiss the alliance as a propaganda exercise, likening Saudi Arabia's leadership role to having the fox watch over the henhouse.

It has been pointed out that Saudi Arabia's Wahhabi ideology ultimately gave birth to violent extremist groups, including al-Qaida and IS.

Arab Gulf oil wealth has funneled billions of dollars around the globe to promote a puritanical and ultraconservative form of Sunni Islam at odds with mainstream Sunnism.

However, the 32-year-old crown prince has sought to create an image of himself as a modernizer to lead a transformation in the kingdom.

"Saudi Arabia wants to present itself as a leading country in the fight against extremism and terrorism in order to get away from its image as a sponsor of radicalism," Sons said. "In this regard, the fight against terrorism is a main pillar of the political agenda of Muhammad bin Salman in portraying himself as a modern, mainly secular leader of a 'new Saudi Arabia.'"

But the Saudi regime remains repressive, rights groups say, which leads to the question whether its role in a counterterrorism alliance is illogical and may backfire.

Under the new legislation, criticism of the king and the crown prince has been criminalized as "terrorism," as well as other nonviolent acts, the human rights organization said.

These changes coincide with the crown prince's purge to consolidate his control.

There is also the question of whether a diverse set of countries can agree on anything, let alone act together and coordinate.

While it is a simple step to name al-Qaida and IS as enemies, the alliance's member states hold differing views on groups such as the Muslim Brotherhood, the Lebanese Shiite militia Hezbollah and the Palestinian militant group Hamas.

Qatar was originally part of the alliance, but was absent at the first summit. Saudi Arabia and its Arab allies cut ties and have isolated Qatar over alleged terrorism support and ties to Iran. But other alliance members, such as Turkey, have come to Qatar's aid.

Qatar is also strategically vital to the US as the forward headquarters of US Central Command, which is responsible for military operations in the Middle East.

Raheel Sharif, Pakistan's former army chief, was appointed commander-in-chief of the alliance. But Sharif's involvement in the grouping has been controversial in his country due to Islamabad's proximity to and ties with Tehran.

Is Iran the real target?

Alliance members belong to the Sunni-majority or Sunni-led countries, which could deepen the Shiite-Sunni divide across the Middle East.

Notably, the alliance excludes Saudi Arabia's archrival Shiite Iran, which has backed the Syrian government's fight against foreign-backed rebels and IS. Syria is also not a member.

It also doesn't include Iraq, which is led by a Shiite government and whose army, alongside Iran-backed militia, have largely defeated IS on the battlefield with US support.

The Sunni nature of the alliance fuels the perception that it is directed against Iran during a time when Riyadh and Tehran are fighting for influence in the Middle East, including in Yemen, Syria and Lebanon.

"The definition of extremism in Saudi propaganda is that Iran is the terrorist. Thus, every anti-extremism measure is directed to roll back Iran's influence in the region and to demonize the Islamic Republic as the main sponsor of terrorism," Sons said.

Discord in the Persian Gulf: Qatar and the Muslim Brotherhood

For a long time, Qatar has been facing accusations of being too closely associated with the Muslim Brotherhood and radical Islamist groups. The US has voiced criticism of these allegiances as well. (27.05.2017)