Mohammed bin Salman has been named heir to the Saudi throne. His pursuit of economic reforms and aggressive foreign policy could shape Saudi Arabia and the region for decades. 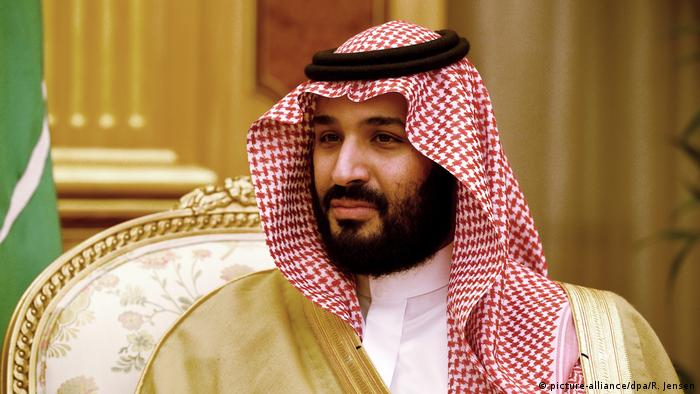 King Salman, 81, upended traditional succession by issuing a series of royal decrees stripping his nephew, 57-year-old Prince Mohammed bin Nayef, of his titles of crown prince and interior minister in charge of counter-terrorism.

As the new heir to the throne, Prince Mohammed also retains his positions as deputy prime minister and defense minister, as well as a large oil and economic portfolio that includes control over state-oil giant Aramco. His promotion was widely expected as he has taken on a prominent role running domestic and foreign policy.

Prince Mohammed has had a rapid assent within the Saudi royal family after his father succeeded King Abdullah, who died in 2015 at the age of 90.

Within months of his father taking the reins of power, he was appointed defense minister. 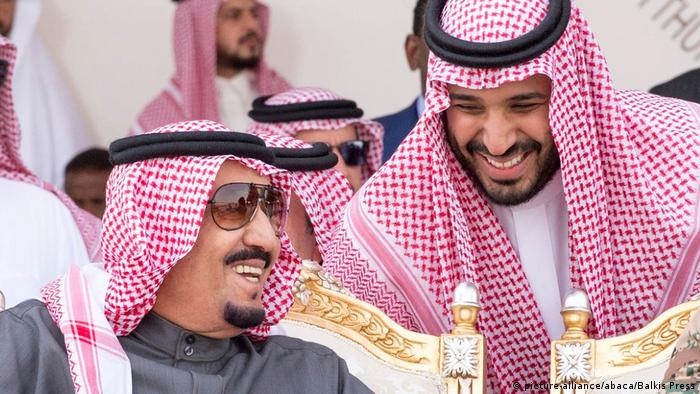 He then, backed by several other Arab states, launched a military campaign in Yemen against Shiite Houthi rebels that has been widely criticized for killing civilians and triggering a humanitarian catastrophe. More than two years into the conflict, the Saudi-led coalition is bogged down in an expensive quagmire with no clear exit strategy.

That intervention signaled a more aggressive Saudi foreign policy - backed by billions of dollars in new weaponry - at a time of instability in the Middle East and mounting tensions with arch-rival Iran.

Prince Mohammed is a hawk on Shiite Iran, sharing with the Trump administration the view that Tehran is a source of instability and must be pushed back on all fronts. He has ruled out any accommodation with Tehran and in May said the kingdom would "work so that the battle is for them in Iran, not in Saudi Arabia."

The Sunni and Shiite regional powers also support opposing sides in Syria and vie for influence elsewhere in the Middle East, including Lebanon, Iraq and the Persian Gulf.

Prince Mohammed was also an architect of isolating Qatar, in part over its close ties to Iran and Islamist political movements that pose a threat to traditional conservative Arab monarchies.

At home, Prince Mohammed's youthfulness has made him popular in a country where 60 percent of the population is under the age of 30. In a sign that a younger generation is overtaking the old guard, Prince Mohammed bin Nayef was replaced as interior minister by Prince Abdulaziz bin Saud bin Nayef, his 33-year-old nephew. Prince Mohammed's brother, 28-year-old Prince Khaled bin Salman, was appointed Saudi Ambassador to Washington earlier this year. 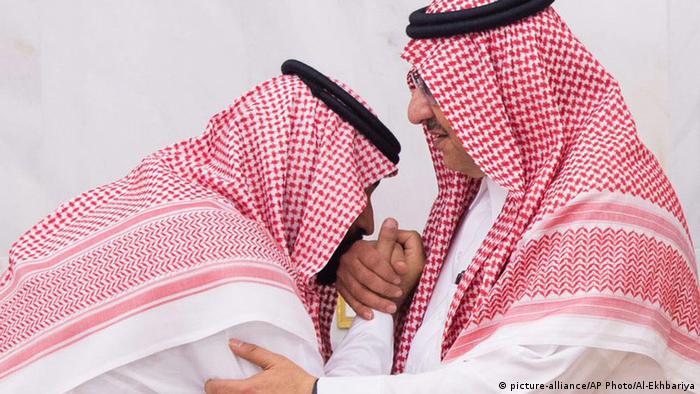 Prince Mohammed (L) kisses the hand of Prince Mohammed bin Nayef. The scene was shown on Saudi television in what some analysts said was an effort to dispell rumors of internal friction.

Some analysts say the rapid rise of the young Prince Mohammed has created friction within the House of Saud, something the government has sought to dispel. The royal order appointing Prince Mohammed said 31 of 34 members on the Council of Allegiance, a body made of senior members of the royal family that decides on succession issues, had approved the new crown prince.

The crown prince has spearheaded the kingdom's social and economic reform agenda known as Vision 2030, a plan launched last April aimed at weaning the economy off oil dependence and diversifying by developing non-oil sectors.

"Theses are ambitious programs and will require a laser focus on many issues to get them done properly. He has put his imprint on these projects and related ones, so now he owns them," said Paul Sullivan, a Middle East and energy expert at Georgetown University and National Defense University in Washington.

As the world's largest oil exporter, more than one-third of Saudi Arabia's GDP and over three-quarters of government revenue come from oil. But as world oil prices fell roughly half from 2014 prices, the kingdom was forced to eat into its dollar reserves and borrow to pay bloated state bills.

Vision 2030 includes bringing more women into the workforce, privatizing parts of the economy, moving employment from the public sector into the private sector, reducing subsidies and many more reforms. Some of these reforms face a backlash from conservatives and entrenched interests.

A major part of the plan is a scheduled five percent partial privatization of state oil company Aramco, which could bring in up to $150 billion (134 billion euros). Ultimately, the plan is to create a $2 trillion sovereign wealth fund - the world's largest - from the privatization of oil and other state assets.

Sullivan said that at home the crown prince must quickly succeed to avoid social and political disruption.

"Saudi is facing down two clocks: one is ticking toward a demographic youth bulge with a population growth rate of 2.4 percent and about 60 percent of the population under 30. Where will the jobs come from? The other is the ticking clock of too fast change, and the social disruptions this may cause," he said.

In November, dozens of princes, former ministers and prominent businessmen were arrested in a wide-reaching anti-corruption raid after Prince Mohammed was charged with heading a committee to uproot graft. Many observes claimed it was aimed at consolidating power.

Mohammed bin Salman has been appointed Saudi Arabia's new crown prince and next in line for the throne. Bin Salman is viewed as a keen reformer, set on building an economic future for the kingdom after oil. (21.06.2017)

Ahead of the US president's visit to Saudi Arabia, a series of multi-billion-dollar arms deals have been outlined. The previous US administration suspended some supplies because of human rights concerns. (13.05.2017)

Trump calls for global coalition against terrorism, 'isolation' of Iran

Is the EU doing enough to protect journalists?