Ahead of the US president's visit to Saudi Arabia, a series of multi-billion-dollar arms deals have been outlined. The previous US administration suspended some supplies because of human rights concerns. 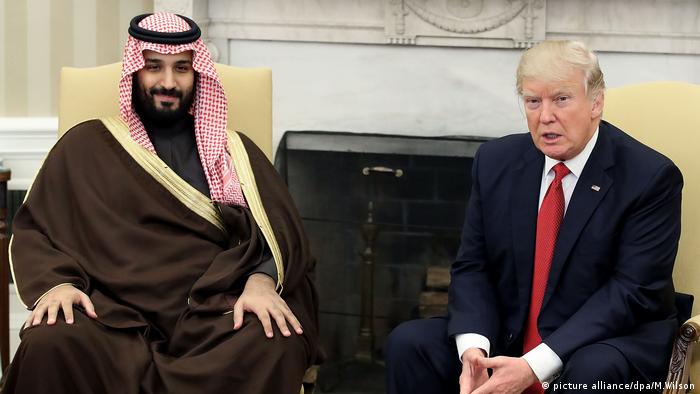 A senior, unnamed White House official said the US was close to completing a series of deals to sell Saudi Arabia arms and related maintenance worth $100 billion (91.4 billion euros), according to Reuters.

President Donald Trump begins an international tour next Friday with the first stop in Saudi Arabia, followed by visits to Israel, the Vatican, Brussels for a NATO summit and Sicily for a Group of Seven summit.

"We are in the final stages of a series of deals," the White House official said on Friday. The arms package could be worth more than $300 billion over a decade, the official said. The US has been the Saudi kingdom's major arms supplier, delivering F-15 fighter jets and command and control systems worth tens of billions of dollars in recent years.

The huge arms infusion includes ships, air missile defense, maritime security, US arms and maintenance. But Israel, a long-time US ally, will maintain it's qualitative military advantage in the region.

"We'll see a very substantial commitment ... In many ways it is intended to build capabilities for the threats they face," a White House official said, adding, "It's good for the American economy but it will also be good in terms of building a capability that is appropriate for the challenges of the region. Israel would still maintain an edge." 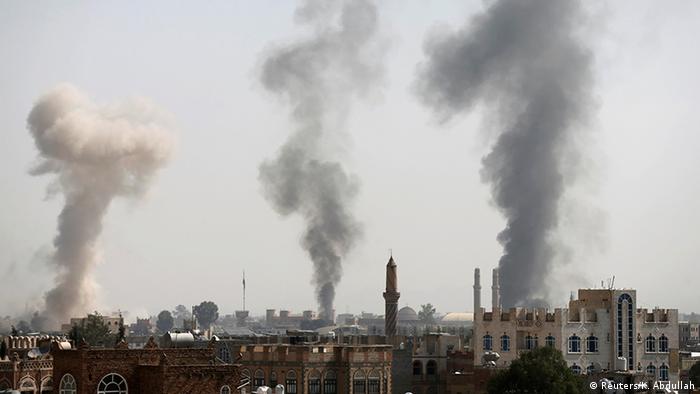 President Barack Obama had canceled a series of planned weapons sales to Saudi Arabia in the last months of his administration because of the Saudi-led air campaign in Yemen which had led to numerous civilian casualties.

Trump has already met with Saudi deputy crown prince, Mohammed bin Salman, who wields much influence in the kingdom due to the frailty of the 81-year-old King Salman. The 31-year-old prince is also defense minister and has led an aggressive campaign both militarily in Yemen and politically against Iran and Shia Muslims.

The UN estimates that 17 million of Yemen's 27 million people are "food insecure." This includes 3.3 million pregnant and breast-feeding mothers and children, some 462,000 under the age of five, who are "acutely malnourished."

Trump and Salman met at the White House in Washington in March. The Bloomberg news agency reported on Thursday that Saudi Arabia's sovereign wealth fund could invest up to $40 billion in US infrastructure.

McMaster said Trump "will encourage our Arab and Muslim partners to take bold, new steps to promote peace and to confront those, from ISIS to al Qaeda to Iran to the Assad regime, who perpetuate chaos and violence that has inflicted so much suffering throughout the Muslim world and beyond."

A UN rights expert has been given unprecedented access to review the Saudi kingdom's terrorist legislation. However, he has been denied access to journalists and rights activists detained on terror charges. (05.05.2017)