A UN rights expert has been given unprecedented access to review the Saudi kingdom's terrorist legislation. However, he has been denied access to journalists and rights activists detained on terror charges. 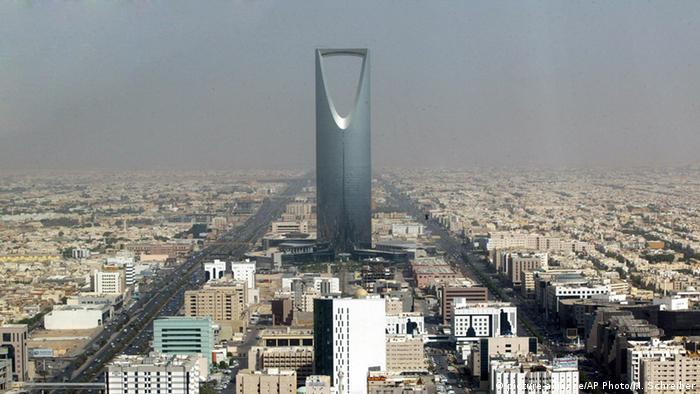 In his preliminary findings, Emmerson expressed grave concerns that Saudi Arabia's legislation contained an "unacceptably broad definition" of terror-related crimes that suppressed free speech and did not comply with international standards.

"I strongly condemn the use of counter-terrorism legislation and penal sanctions against individuals peacefully exercising their rights to freedom of expression, religion, or association," he said.

Emmerson, a British lawyer, also expressed concern over the use of torture to extract confession and due process violations by the Saudi Specialized Criminal Court.

Ensaf Haidar: An appeal to the Saudi government

"He's doing poorly," says Ensaf Haidar of her husband, the blogger Raif Badawi, who has been in prison for five years. In an interview with DW, Haidar talks about the fundamental right to freedom of expression. (03.05.2017)

The kingdom introduced anti-terror new laws in 2014 allowing it to prosecute any one demanding reform, exposing corruption or otherwise engaging in dissent as a terrorist. Such acts, the kingdom said, undermine national security.

However, he also reported that the Saudi government had gone to some incredible lengths to humanely rehabilitate Saudi citizens convicted of terrorism charges. Emmerson described the prison facilities as "far-sighted, imaginative and extremely well-sourced."

Emmerson was denied access to interview individuals he claimed had been "imprisoned for the exercise of the right to freedom of speech and opinion." The Saudi government cited technical reasons for denying the request.

Among the individuals Emmerson wanted to meet was Raif Badawi, a Saudi blogger who was sentenced to 10 years' prison for insulting senior figures within the kingdom and whose public flogging drew worldwide outrage.

Speaking to DW, Badawi's wife Ensaf Haidar said that her husband was doing "physically and psychologically poorly" having served half of his sentence.

Read: Ensaf Haidar: An appeal to the Saudi government

"I hope that the Saudi government one day recognizes that freedom of expression is every man's right," she said. "Raif always peacefully expressed himself and loved his country. In this way I hope that he soon comes free."

Ensaf Haidar in her own words

Alongside its strict terrorism laws and alleged due process violations, Saudi Arabia is also one of the world's most prolific users of the death penalty, including for people found guilty of committing terror acts inside the kingdom.

However, Emmerson reported that the kingdom's de-radicalization and rehabilitation program, aimed at young men who had either intended to join extremist groups or had returned from fighting abroad, was among the most progressive and revolutionary in the world. Key to that is the kingdom's Mohammed bin Nayef Center, where men who have served their sentences are offered therapy session, psychological care, and gym facilities.

Although there was little indication that Riyadh was prepared to narrow the meaning of its definition of terrorism, Emmerson welcomed the Saudi kingdom taking the unprecedented step in allowing an independent review of their legislation. "The most important indication is that they invited me to come to Saudi Arabia to review their counterterrorism provisions," he said.

The next step would be for the kingdom to create independent review mechanisms that examine the cases of individuals detained for exercising their right to freedom of expression "and to commute or pardon all such prisoners with immediate effect."