The Gulf States are turning away from Qatar over its alleged support of terrorism. But is the move really about the fight against terrorism, or does it have to do with something else that is upsetting Saudi Arabia? 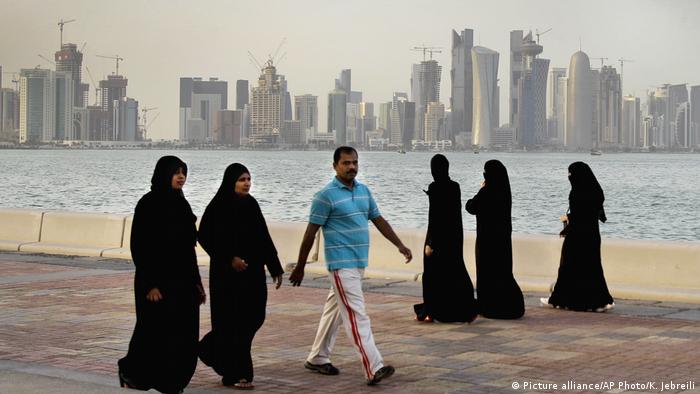 The White House has reported that US President Donald Trump is hoping to de-escalate the current situation in the Gulf. On Monday, Saudi Arabia, the United Arab Emirates (UAE), Bahrain and Egypt cut all diplomatic ties with Qatar. Following the dispute the US said it wanted to avoid any long-lasting break in relations and was hoping to bring the parties together to move the Gulf states "in the right direction."

It was Trump himself who had already decided the direction with his first foreign trip in May to Riyadh, where he made it known that Saudi Arabia had Washington's support. In his speech in the Saudi capital, Trump accused Riyadh's archenemy Iran of supporting terrorism. "Iran funds, arms and trains terrorists, militias and other extremist groups," he said. Additionally, Trump emphasized that Arab states must ensure that "terrorists find no sanctuary on their soil." 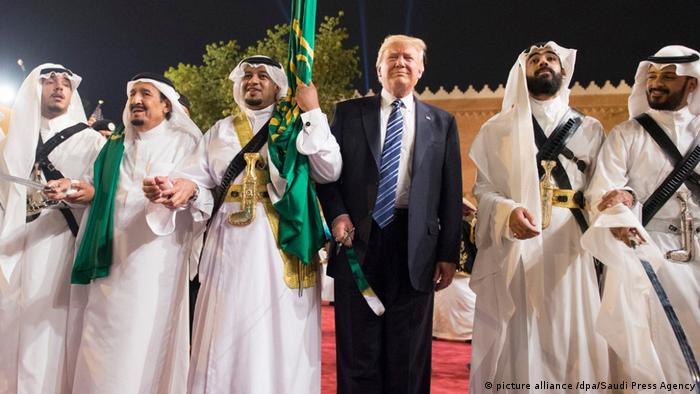 King Salman Ibn Abd al-Aziz was equally enthusiastic about Trump's call to form a new front against Iran. Now, Qatar is the first to feel the consequences of this new development.

Why? The official reason for the cutting of ties with Doha is that the emirate supports various terrorist groups, including the Islamic State (IS) and militants in the restive Qatif area in eastern Saudi Arabia and in Bahrain, as well as Islamist groups like the Muslim Brotherhood. Riyadh, Abu Dhabi, Manama and Cairo accuse Doha of threatening the stability of the Gulf region.

Yet it's clear that the Gulf states' decision has not so much to do with terrorism as it does with Qatar's relationship with Iran, which has long been a thorn in the side of Saudi Arabia.

Too close with Tehran 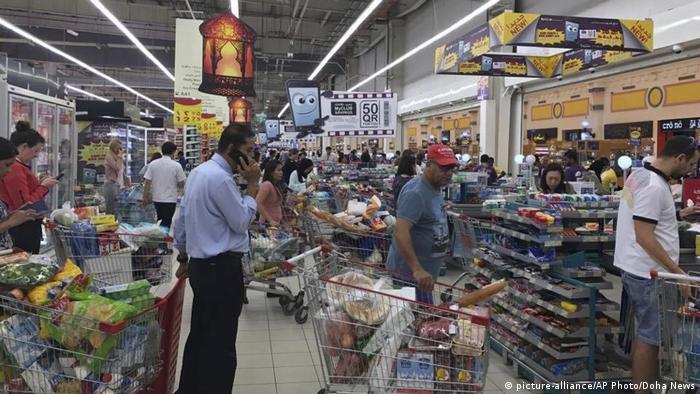 Panic at the supermarket: Qatar relies on Saudi Arabia for most of its food importants

Now, with Donald Trump, Saudi Arabia once again has a US president at its side who also wants to pull Iran into line - unlike the previous president, Barack Obama, who pushed for a nuclear deal with Tehran.

For years Riyadh has accused its regional neighbor Iran of interfering in the Sunni kingdom's affairs in order to destabilize it and expand its own role in the Middle East. The Saudis fear such a development not least because of how it might inspire the deprived Shiite minority in the kingdom's East, which also happens to be an important source of oil. Iran meanwhile has concerned its neighbors by massively enhancing its influence in Iraq and Syria during the ongoing civil war in the latter country. More than ever, Saudi Arabia sees itself as encircled.

Saudi Arabia has long relied on the UAE and Bahrain as its closest regional allies. Egypt, which counts on Riyadh's financial support, has also been a consistent partner, though in recent years Cairo has also strengthened its ties with Tehran - much to the annoyance of Saudi Arabia.

The political independence of Qatar, with its population of less than 3 million, has long bothered Riyadh. Though Doha and Tehran grew closer to each other between 1995 and 2013 during the rule of Sheikh Hamad bin Khalifa Al Thani, and the two countries share claim to a major gas field called South Pars, they are not allies. For this reason, Riyadh has long accused Doha of putting its own interests before those of the Gulf Cooperation Council, the intergovernmental union of which both Saudi Arabia and Qatar are members but Iran is not.

Adding to the unease is the influential Qatari news broadcaster Al Jazeera, which showed images of the first protest movements of the Arab Spring, much to the dismay of Saudi officials. Its Arabic-language channel also made no secret of supporting the Muslim Brotherhood, which Saudi rulers believe threatens their power. 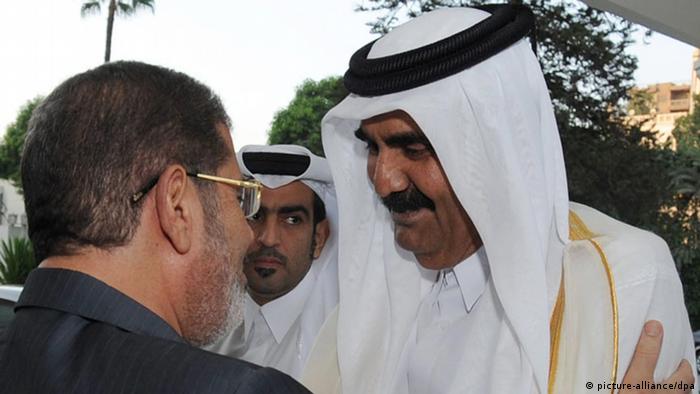 Could the dynasty fall?

The decision by Saudi Arabia, the UAE, Bahrain and Egypt to turn their backs on Qatar is not just an act of intimidation - it's an effort to squeeze the emirate, which is dependent on other countries for key imports like food. In an official letter, Saudi Arabia has denied the religious legitimacy of Qatar's ruling Al Thani dynasty, which some observers already consider a call for the end of the family's rule.

Qatar is facing its most severe diplomatic crisis since independence in 1971. Saudi Arabia feels so confident after Trump's visit that it's even calling on the US to withdraw its huge air base from Qatar. The question now is just how committed Trump is to settling this crisis.

After several Arab countries cut ties with Qatar over concerns its has supported extremism, Germany's football chief said a boycott of the 2022 World Cup could not be ruled out. It is the latest controversy to hit Qatar. (06.06.2017)