After several Arab countries cut ties with Qatar over concerns its has supported extremism, Germany's football chief said a boycott of the 2022 World Cup could not be ruled out. It is the latest controversy to hit Qatar. 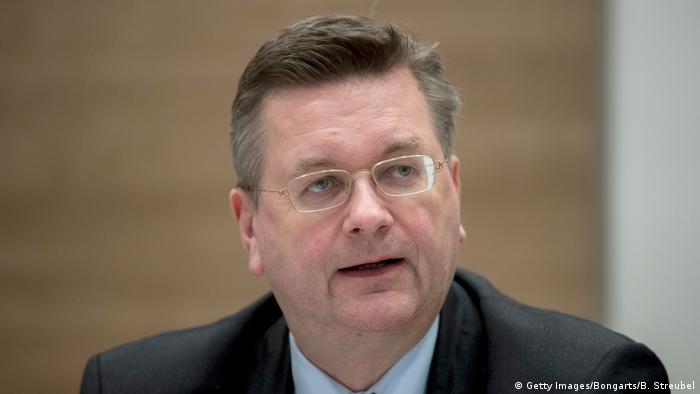 First there was the row over whether Qatar had bought the rights to host the 2022 World Cup, prompting a Swiss police investigation into goings on at Switzerland-based world football governing body FIFA.

Both FIFA and Qatar deny wrongdoing but the probe continues.

Then fears grew that a World Cup in the boiling heat in Qatar in June would be too much for players and fans, leading FIFA to switch the date to November and December - even though that is in the middle of European football seasons.

Then there was criticism of Qatar's treatment of migrant workers building the stadiums for the tournament. The nation has said it has made significant improvements in this regard.

Now, several Arab countries including Saudi Arabia, the United Arab Emirates (UAE) and Egypt have cut ties with Qatar over concerns that the nation has supported extremism.

"There are still five years left to the World Cup. At this time, political solutions must take precedence over boycott threats," Grindel said in an interview on the DFB website.

"But one thing is absolutely certain: in principle, the football community worldwide should agree that large tournaments cannot be played in countries that actively support terrorism."

As Grindel said himself, the one thing in Qatar's favor is time. The 2022 World Cup is still five long years away and the political situation may have changed by then.

However, the fact Qatar was awarded the World Cup years earlier than most previous host nations, after FIFA decided to vote on bids for 2018 and 2022 at the same time, may also have backfired.

It has given critics time to assemble their arguments and crucially means there is still a window to switch the tournament to another nation with a established football infrastructure - such as Germany - which could hold the World Cup at relatively short notice.

Many commentators in Europe felt Qatar was too small a country, with just one major city, to host a World Cup in any case, especially with its lack of football heritage.

But others have argued that a World Cup in the Arab World is long overdue and that Qatar's wealth means it will be able to host a spectacular showpiece.

Grindel though is not letting up the pressure. If the current political situation calms down, the DFB chief is still upset about the treatment of migrant workers constructing the arenas in Qatar.

Grindel said he would "once again address the issue of working conditions" when speaking to FIFA and World Cup organizers.