Rouhani needs dialogue, both domestically and abroad | Middle East | News and analysis of events in the Arab world | DW | 30.05.2017

Iranian President Hassan Rouhani is considered a moderate, yet conservative clerics have warned against implementing his campaign promises. At the same time, Rouhani will have to cope with new leadership in the US. 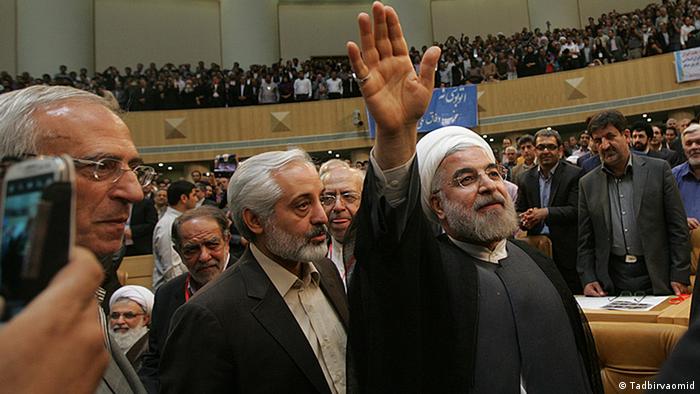 "During the campaign, some candidates promised to work to free opposition politicians and end their house arrests!" complained Iran's chief justice, Sadeq Larijani, just two weeks after that country's presidential election. Larijani, an archconservative cleric directly appointed to his post by the country's religious leaders, angrily asked Hassan Rouhani, who was just re-elected as president: "Who do you think you are?"

During the campaign, Rouhani repeatedly stated that he was committed to freeing opposition politicians Mehdi Karroubi, Mir-Hossein Moussavi and his wife Zahra Rahnavard. All three have been under house arrest since the 2009 Iranian presidential election. At the time, they complained about electoral fraud, as did millions of Iranians who took to the streets in protest. Clerics and Iran's judicial authorities labeled Karroubi and Moussavi counterrevolutionary dissidents.

Iran's conservatives are visibly upset by Rouhani's clear electoral victory. The mood in the country is tense - and Rouhani's bested challenger, the archconservative candidate Ebrahim Raisi, is only making things worse: Raisi is now accusing Rouhani's administration of having manipulated the vote. The accusation prompted reform-minded politician Abdollah Ramezanzadeh to ask via Twitter: "Is that not counterrevolutionary and something to be investigated by the justice ministry?"

Ramezanzadeh was Iran's government spokesman from 2001 until 2005. He was arrested for statements suggesting manipulation in the wake of the disputed 2009 election and subsequently sentenced to six years in jail. Now he wants to know: Are accusations of electoral fraud no longer considered counterrevolutionary? 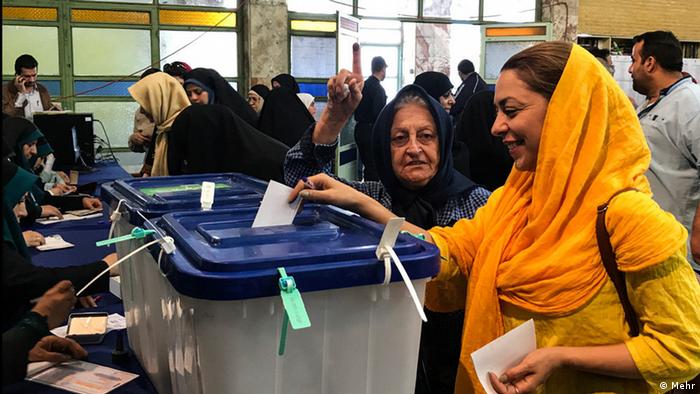 "Our country is in a critical situation. The last thing we need is infighting between political parties," Fatemah Govaraie, a member of the Council of Nationalist-Religious Activists of Iran, told DW via telephone. "The electoral success of moderate forces in Iran sent a strong message to the global community. It proclaimed that we want peace and quiet. But that message seems to have gone unheeded."

Govaraie is worried about United States policy in the region. On his recent trip to the Middle East and Europe, President Donald Trump repeatedly claimed that Iran was the root of all evil in the Middle East. In his address at the Arab Islamic American Summit in Saudi Arabia, he went so far as to call on America's allies to isolate Tehran.

On May 21, just two days after 42 million Iranians cast votes in that country's presidential election, Trump told representatives from 55 governments - mostly not democratically legitimate - assembled in Riyadh: "The Iranian regime's longest-suffering victims are its own people." Govaraie has no sympathy for such statements. 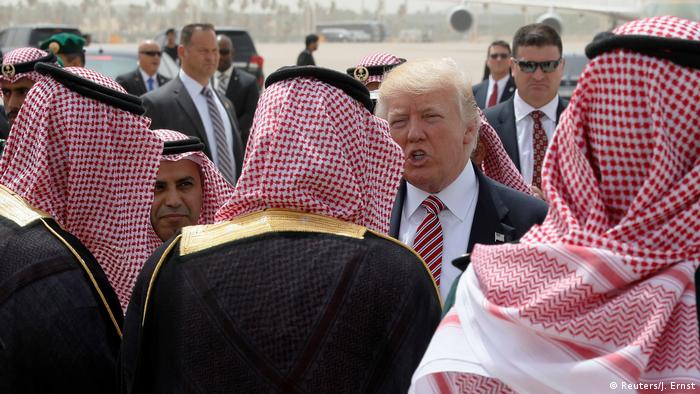 The need to negotiate

The Council of Nationalist-Religious Activists of Iran, to which Govaraie belongs, has suffered much repression in the 17 years since it was founded: Members have been repeatedly arrested, forced into political exile or even been prohibited from working. Yet, its members have never abandoned their faith in peaceful democratic change.

"Regardless of our political differences, we still went to the polls on May 19 to support President Rouhani, and the 24 million Iranians voted for him," Govaraie said. "We realize that it will not be easy for Rouhani to keep his election promises. But he has to start a dialog - domestically and abroad."

Govaraie is convinced that Rouhani will have to negotiate with the moderates among the country's conservative politicians if he is to have any hope of implementing his campaign promises.

"The vote lent legitimacy to Iran's political system," she said. "That is in the best interest of all parties. Therefore, the will of the people should be honored and accepted. That will also strengthen Iran's position in the global community."

Govaraie added that she was also encouraged by the recent telephone conversation between the Iranian president and Sheikh Tamim bin Hamad Al Thani, the Emir of Qatar. In the call, which took place on May 27, President Rouhani pledged Iran's cooperation with Qatar in the quest for peace and security in the Middle East.

Sheikh Tamim is said to have congratulated Rouhani on his re-election and described the relationship between Doha and Tehran as "stable." The Emir of Qatar is also reported to have stressed the fact that talks and negotiations were the only means with which to solve the region's current problems. This conciliatory stance, however, has greatly strained Qatar's relations with Saudi Arabia. Qatar is a member of the Gulf Cooperation Council (GCC) - alongside Kuwait, Bahrain, the United Arab Emirates, Oman and Saudi Arabia. The Council was established in 1981, with the aim of curbing Iran's influence in the region.