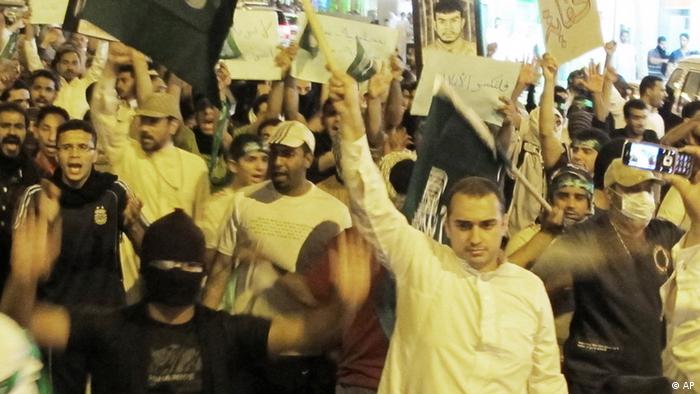 Human rights groups warned this week that prominent political activist Israa al-Ghomgham could soon be executed by the Saudi government.

Al-Ghomgham was arrested along with her husband in December 2015 over her support for protests against the authorities in Riyadh. She has spent the past 32 months in detention.

A video shared online over the past few days purported to show al-Ghomgham's body after her execution. However, the footage turned out to be three years old.

For now, "her life is safe," Ali Adubisi, the director of the European-Saudi Organization for Human Rights (ESOHR), wrote on Twitter on Tuesday.

Adubisi said that al-Ghomgham's trial began on August 6, and that she could face execution by beheading on October 28 if found guilty. Some Saudi lawyers have offered to work on her case pro bono, the ESOHR reported.

Adubisi called "for demonstrations around the world in solidarity with her and in defense of her right to freedom and life." If al-Ghomgham, 29, receives the death penalty for her activism, she could be the first female human rights activist in Saudi Arabia to be executed.

Adubisi told DW that "information about her condition in prison is very poor" and noted that her family had expressed concern about her deteriorating health as far back as two years ago. Political prisoners in Saudi Arabia only get one short monthly visit from family members.

"The prison for the detainees is bad. There is psychological or physical torture there," said Adubisi, who himself spent a month in a Saudi prison. "Repression is increasing in Saudi Arabia." 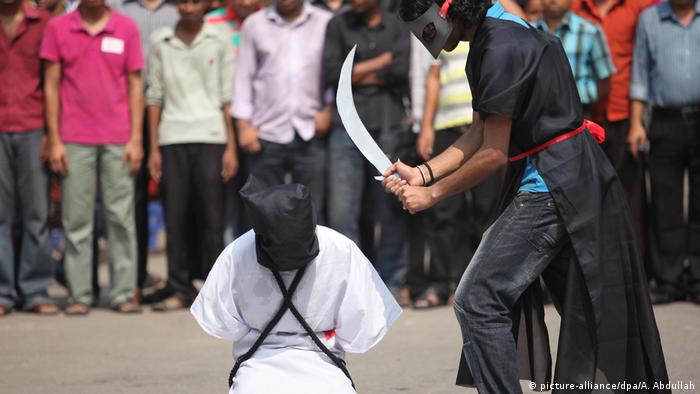 Saudi Arabia's brutal system of capital punishment has drawn international condemnation, including a 2011 demonstration in Dhaka after eight Bangladeshi workers were beheaded

During the wave of protests across the Arab world in 2011, Saudi Arabia's Shia minority demonstrated against the predominantly Sunni country's government, calling for more equality. Al-Ghomgham was among the peaceful protesters in the city of Qatif, which is located in Saudi Arabia's oil-rich Eastern Province, home to most of the country's Shias. According to the Saudi public prosecutor, she was arrested for "participating in marches and demonstrations in Qatif and repeating anti-state slogans and incitement to demonstrations," along with "joining a terrorist gathering aimed to create chaos in the country." She has been charged with terrorism.

In its 2018 World Report, Human Rights Watch noted that the Saudi authorities discriminate against the the country's Shia and other religious minorities when it comes to "public education, the justice system, religious freedom and employment."

According to Guido Steinberg, a Middle East expert at the German Institute for International Security Affairs, al-Ghomgham's detention and possible execution sends a message from the government to Saudi Arabia's Shia minority that mass protests will not be tolerated. "The general strategy of the regime seems to be to try to terrify potential protesters in order to keep them from repeating their activities of 2011 and 2012," he told DW.

In January 2016, the Saudi government executed Shia cleric Sheikh Nimr al-Nimr, prompting Shia-majority Iran, Riyadh's main rival in the region, to cut diplomatic ties with the kingdom. However, Steinberg believes similar outrage over al-Ghomgham's potential execution is unlikely. "I don't expect any major measures from the Iranian side," he said. "My impression is that, for the time being, Iran has other problems."

Steinberg is skeptical of reports that al-Ghomgham would be executed by beheading. "I have problems thinking that the Saudis would kill a woman like that, a Saudi national," he said. 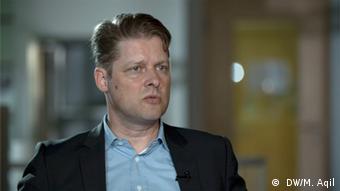 Under Saudi law, the two other likely methods of execution would be by firing squad or stoning. The country's religious establishment has a firm grip on the judicial system, meaning the death penalty and beheadings are unlikely to be abolished, explained Steinberg. The "Saudis will argue that [it] is Islamically ordained and that it is a religious duty," he said.

Al-Ghomgham is not the only female activist imprisoned in Saudi Arabia. Samar Badawi was arrested in July after running away from her father, who allegedly physically abused her for 15 years. Under Saudi Arabia's guardianship system, all women are required to have a male guardian. Her brother, Raif Badawi, has been in prison since 2012 for "insulting Islam through electronic channels."

Although Saudi Crown Prince Mohammed bin Salman has implemented a handful of relatively liberal reforms, including allowing women to drive, opening cinemas and letting music be played on the streets, he continues to placate the country's conservative establishment. "Bin Salman is under increasing pressure from conservative elements in the country that are rejecting his reforms," Steinberg said. "This is why he wants to keep liberal and reformist voices under control to show the conservative part of the population that this is not the end of the alliance with the Wahabbi religious establishment and the end of the religious character of the kingdom."

US states see small protests ahead of Joe Biden inauguration