Is Saudi Arabia waging war on its Shiite minority?

Fighting has been raging in the eastern Saudi Arabian city of Awamiya for months. Entire neighborhoods have been destroyed, and Riyadh's heavy-handed approach toward its Shiite minority has escalated the situation. 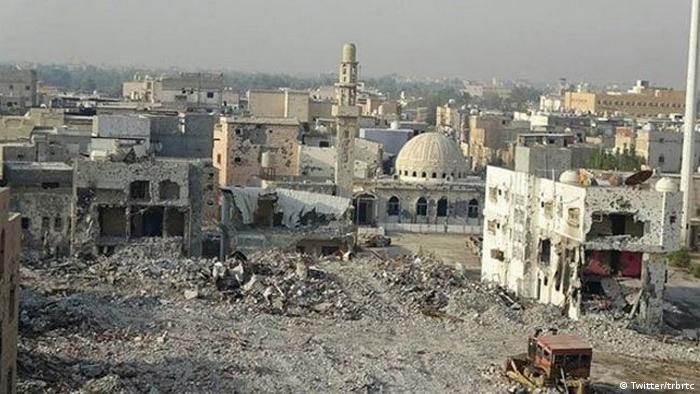 Largely ignored by the rest of the world, heavy fighting has been going on in the tiny city of Awamiya in eastern Saudi Arabia for three months: Satellite images show that entire sections of the city have been destroyed. Images of firefights and flattened buildings are making the rounds on social media. Independent reporting is not possible because the government has denied foreign journalists access to the area.

The center of the fighting appears to be Al-Masora, the city's old quarter. Militant Shiites are engaged in firefights with Saudi security forces there, in the neighborhood's narrow alleys. Heavy artillery is being used in the fighting and at least 15 people are said to have been killed so far. After images of Canadian-made armored vehicles being deployed against civilians became public, Ottawa reportedly began considering a halt of arms sales to Saudi Arabia.

The conflict arose in part from Saudi plans to demolish areas of the historic city in order to build a new shopping mall - something that the city's residents strongly opposed. In April, the United Nations called for Saudi Arabia to halt forced relocations and the demolition of the old quarter. UN Special Rapporteur in the field of cultural rights, Karima Bennoune, fears "the planned demolition would erase this unique regional heritage in an irreversible manner."

Sebastian Sons, a Middle East expert from the German Council on Foreign Relations (DGAP), told DW he was skeptical that Riyadh would actually carry out infrastructure measures that would improve the lives of residents. "It seems more like a relocation project," he said. "They are trying to disperse and dissolve the Shia minority that is so dominant in the area by removing its base. That coincides with the fundamental marginalization of Shiites that Saudi Arabia has been pursuing for years, and which has essentially become part of its official propaganda."

Marginalized Shia in a Wahhabi state

Repression and marginalization are the deeper roots of the conflict. Some 10 percent of Saudi Arabia's 30 million citizens are Shiites. They mostly live in the east of the country - where much of its oil is located. But Shiites have profited little from the country's wealth, and they have been denied access to participation in political life in the kingdom. They are also put under increased pressure by the fact that the majority of Saudis are adherents of Wahhabism - and therefore view Shiites as apostates.

Minority Shiites last voiced their strong displeasure with the government during the so-called Arab Spring in 2011. Awamiya became a center of protest - especially after the revolt of the Shia minority in neighboring Bahrain was crushed by its Sunni king, with military help from Saudi Arabia. Awamiya was also the home of Nimr al-Nimr, a popular Shiite sheikh who became a figurehead during protests in eastern Saudi Arabia. Al-Nimr paid for the stand he made against the discrimination of Shiites with his life when he was executed, supposedly for being a terrorist, in early 2016. 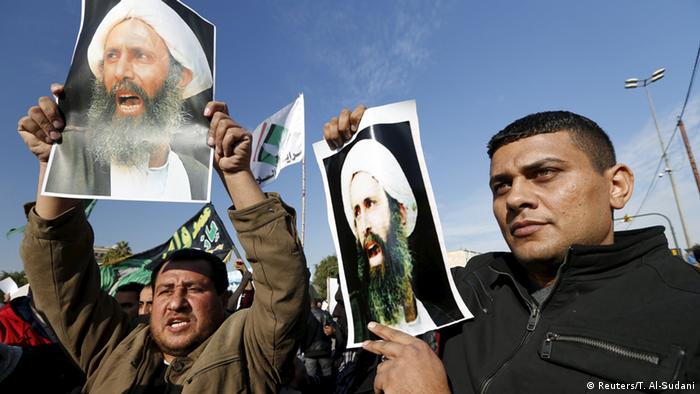 The execution of al-Nimr in early 2016 led to protests around the globe, as seen here in Baghdad

Riyadh's harsh approach has led to an escalation of the conflict, according to Ali Adubisi of the European-Saudi Organization for Human Rights (ESOHR). Adubisi is from Awamiya, although today he lives as a refugee in Berlin. He was repeatedly jailed in Saudi Arabia after the Arab Spring. Speaking with DW, Adubisi explained that the killing, torture and unfair trials carried out by the Saudi government played straight into the hands of those Shia who were convinced they had to defend themselves with arms.

Adubisi estimates that about 90 percent of Awamiya's residents have fled the city or been forced out by the government. The human rights activist said the Saudis are conducting a war on their own people, unlike anything seen in the country's 80-year history. Rights group Amnesty International claims that 14 Shiites are currently on death row in Saudi prisons awaiting dubious trials that will send them to the executioner, meaning few rebels are inclined to lay down their arms.

A demonstration of power?

Andrew Hammond, author of "The Islamic Utopia: The Illusion of Reform in Saudi Arabia," finds the timing of the Saudi government's activity in Awamiya noteworthy. This attempt to demonstrate supposed power, he said, is directly related to the current change in succession at the top of the Saudi royal family: Former Crown Prince Mohammed bin Nayef was recently deprived of power - his branch of the family lost direct succession to the throne as a result. The new crown prince is King Salman's favorite son, Mohammed bin Salman.

"He is presenting himself as a strongman, someone who can stand up to the Shia at home and to Iran abroad," said Hammond, who is currently researching at the University of Oxford.

DGAP expert Sons agrees insofar as the majority of Saudi Arabia's Sunnis support the government. "They see the Shia minority as troublemakers, and in the worst cases as Iran-backed terrorists," he said, adding that this belief is the direct result of Saudi propaganda, including the "hate of Shia that Wahhabism espouses."

The Saudi government may even enjoy short-term success with its strategy of forced relocations and demolition - a strategy that Andrew Hammond says is designed to break the will of the local population.

"They have their hands on so many levers of power that they could potentially destroy entire communities," he said, pointing to an example from the past: The old quarter of the nearby regional capital, Qatif, was also razed after protests there in 1979. In its place - a parking lot and a Sunni mosque.