Saudi Arabia: Accusations and invitations | World | Breaking news and perspectives from around the globe | DW | 22.02.2017

Prince Turki Al-Faisal of Saudi Arabia issued an open invitation to DW's Tim Sebastian to undertake a fact-finding visit to Saudi jails. Speaking on "Conflict Zone", Prince al-Faisal said he was open to Sebastian's suggestion that the UN Committee against Torture should be able visit the jail holding the blogger and dissident Raif Badawi. Badawi is mid-way through a ten year jail term, and has already received fifty lashes of the thousand to which he was sentenced.

Badawi was arrested in 2012 for "insulting Islam through electronic channels." The case produced a large international outcry, with the UN Committee against Torture repeatedly demanding information which Saudi Arabia failed to provide.

Confronted with this particular human rights violation, Prince Turki Al-Faisal, who is the Chairman of the King Faisal Center Saudi Arabia and served as his country's Intelligence Chief until 2001, told interviewer Tim Sebastian: "You must come and see for yourself before you take these things as being facts." When Sebastian responded it would be better "to let the experts go and see," Al-Faisal replied: "Bring whoever you want with you."

According to  Human Rights Watch (HRW), Saudi Arabia has intensified its crackdown on dissidents and critics of the authorities already in 2017. Two people were sentenced to lengthy jail terms and two more detained without charge in January alone. More than 20 critics of the Kingdom's repressive stance on women's rights were sentenced to jail terms of up to 15 years since 2011. "Saudi Arabia is trying to silence and lock away anyone who doesn't toe the official line or dares to express an independent view on politics, religion, or human rights," Sarah Leah Whitson, Middle East director of HRW, said.

The organization also spoke of a "pattern of ongoing repression against peaceful advocates and dissidents, including harassment, intimidation, smear campaigns, travel bans, detention, and prosecution." Saudi Arabia has ratified the Arab Charter on Human Rights which guarantees the right to freedom of opinion and expression.

Confronted with his country's intolerance towards criticism, Prince Al-Faisal rejected the accusation and insisted "you must come and see for yourself."

Tim Sebastian: Well I doubt that you would take me to the prisons where they are being held.

Turki Al-Faisal: Others have been taken to the prisons.

Sebastian: They haven't left, have they? That's the problem.


The US State Department found in a report on Saudi Arabia in 2015 that aside from restrictions on freedom of expression online and offline, citizens were also deprived of the legal means to choose their government, lacked equal rights affecting all aspects of women’s lives and suffered from gender discrimination.

Prince Al-Faisal said the State Department was "wrong" on this: "We have had good relations with the United States for 80 years or so and they know the country very well. I would hope that they would be better informed than this report indicates." When asked how Saudi Arabia could be "so misunderstood as a country," he said: "You must put that question to them."

Saudi Arabia leads the nine-nation coalition that started military operations against the Houthis and allied forces in Yemen in March 2015. Since then, Saudis have committed numerous violations of international humanitarian law. More than 4,125 civilians have been killed and 7,207 wounded. According to a 2016 study by The Guardian, one in three Saudi airstrikes hit civilians and civilian sites including hospitals and schools. Air strikes are the single largest cause of civilian casualties according to the Office of the United Nations High Commissioner for Human Rights (OHCHR). 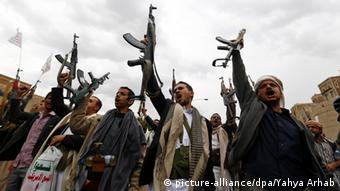 The UN has verified that at least 785 children have been killed and 1,168 injured in Yemen during fighting in 2015, with 60 percent of the casualties attributed to the Saudi-led coalition.

Corporal punishment, flogging, lashing and amputation of limbs are in direct breach of the convention it signed in 1997. Al-Faisal said: "We abide by all the agreements that we have signed." Meanwhile, Saudi Arabia also holds a seat in the UN Human Rights Council.

In 2016, two human rights groups called for Saudi suspension from the  Human Rights Council. "They accused you of failing to conduct credible, impartial and transparent investigations into possible war crimes by your coalition forces in Yemen. They said you have used your position of the Council to effectively block the creation of an independent international investigation. Why would you do that?", Tim Sebastian asked his guest.

Al-Faisal said: "It is not just Saudi Arabia on that Commission. (…) There are other countries that supported the view that it’s the Yemeni government's responsibility to undertake these investigations and we will be helping them along with the Human Rights Commission. We did not stop anybody from expressing their views."

Saudi Arabia was also accused of threatening the previous UN Secretary General Ban Ki-moon with the withdrawal of money from humanitarian programs after the UN said the Saudi-led coalition in Yemen was responsible for 60 percent of the child deaths and  injuries in that conflict.

Al-Faisal said on "Conflict Zone": "We never did. (…) Saudi Arabia has never stopped funding any humanitarian effort by the UN."

UN Secretary General Antonio Guterres said the suffering of the Yemeni people "breaks my heart." The UN has brokered seven ceasefires between the warring sides but all have failed, and now there is the threat of famine. (12.02.2017)

Saudi Arabia's energy minister has said his country is aiming to become a "softer" nation and a more tolerant place through far-reaching reforms. He said the private sector would be given a greater role in society. (19.01.2017)