State oil giant Saudi Aramco has revealed details of its highly anticipated initial public offering, expected to be the largest in history, in a new prospectus. The offering is set to begin on November 17. 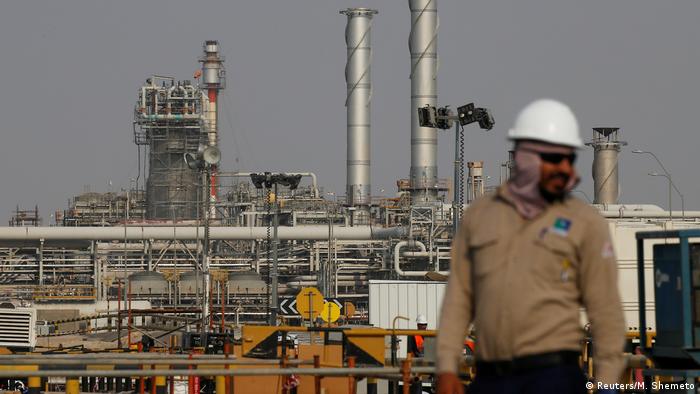 Saudi Arabian state-owned oil company Aramco will sell up to 0.5% of its shares to individual retail investors in what could be the largest initial public offering (IPO) in history, it announced in a prospectus on Saturday.

The government will then have a lockup period of a year on further share sales after this initial period.

Aramco is the world's largest and most profitable oil producer, pumping out 10% of global supply. Profit in the first half of this year was measured at $46.9 billion (€42.5 billion), exceeding that of the world's most profitable listed company, US tech giant Apple Inc., which made $31.5 billion (€28.6 billion).

The share offering to individual investors will open on November 17 on the Riyadh stock exchange and close on December 5. The company said it would determine the amount of shares to sell to larger investors at a later date.

Why is Aramco selling shares?

Crown Prince Mohammed bin Salman of Saudi Arabia is trying to raise billions of dollars through the venture by diversifying the Saudi economy away from oil and investing in non-energy industries.

"Due to its size and likely free float, Aramco should be eligible for fast-track inclusion in both the FTSE and MSCI Emerging Market indices within 10 days of the IPO," said Dominic Bokor-Ingram, senior portfolio manager at Fiera Capital.

The prospectus also laid out the main risks in the investment, including terrorism and operational instability.