How Saudi Arabia monitors and intimidates its critics abroad | World| Breaking news and perspectives from around the globe | DW | 07.11.2019

How Saudi Arabia monitors and intimidates its critics abroad 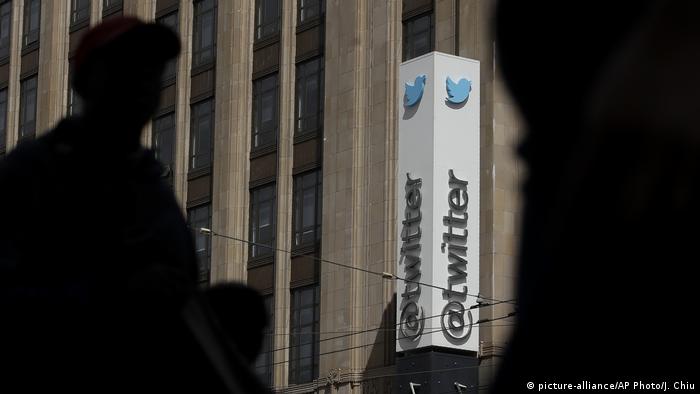 New revelations that Saudi Arabia is alleged to have paid former Twitter employees in the United Sates to spy on the kingdom's critics show just how extensive Riyadh's reach is in silencing dissidents abroad.

But it's only the latest news about the growing sophistication of the often brutal machinery the ruling family has long used to muzzle and intimidate anyone it sees as undermining the authority of the institution of the monarchy.

The latest allegations come at a sensitive time. The state-owned oil company Saudi Aramco wants no suggestion of political instability to upset its partial public stock market float, while a number of prominent members of the royal family have questioned Crown Prince Mohammed bin Salman's ability to lead in the wake of attacks on the kingdom's largest oil refinery in September.

The campaign of disappearances and threats have intensified in recent years, as bin Salman rose to and consolidated power.

Domestically, Human Rights Watch has documented waves of mass arrests since bin Salman became crown prince in 2017, despite international condemnation of the brutal murder of dissident journalist Jamal Khashoggi in late 2018 and an attempt to shift the narrative toward reform by relaxing restrictions on women.

But outside the kingdom, Saudi Arabia has extended its reach through new means.

Although Khashoggi's dismemberment in the Saudi consulate in Istanbul forced the world's attention, the kingdom has long disappeared those critical of its regime living abroad.

In 1979, opposition figure Nassir al-Sa'id vanished in Beirut. And in 2003, regime critic Sultan bin Turki bin Abdulaziz — a member of the royal family — was allegedly drugged in Geneva and taken to Riyadh, only to escape to exile in Europe. He was reportedly lured into boarding a Saudi plane again in 2016, and has not been seen since.

Prince Turki bin Bandar posted videos calling for reform from Paris between 2012 and 2015, but has since disappeared, as has Saud bin Saif al-Nasr, who was living in Milan and had reportedly backed calls for King Salman to be overthrown.

Now that social media has made public debate all the more easy, the regime has extended its operations to intimidate and silence outspoken users on YouTube, Twitter and Facebook, and uses sophisticated surveillance software to hack dissidents' accounts and issue threats.

Last year, the brothers and friends of Canadian-based Saudi activist Omar Abdulaziz were arrested in what he saw as an attempt to force him to mute his popular criticism online. Soon after, he learned his phone had been hacked through the encrypted messaging service WhatsApp by a Saudi-linked operator of the Israeli spy software Pegasus.

Abdulaziz and London-based critic Yahya Assiri were both associates of Jamal Khashoggi. Assiri and YouTube satirist Ghanem Almasarir were the next to learn their phones' cameras, microphones, contacts and messages were all being silently monitored through the Israeli software.

Thousands of fake Twitter and Facebook accounts have also been deployed at key moments to turn political conversation in the state's favor and harass other users. While both companies have attempted to suspend the bots and pages pushing state propaganda, experts say the suspensions are unlikely to affect the sheer number spreading disinformation.

Those efforts, and the recent allegations of Saudi infiltration of Twitter, highlight just how much of a threat the regime sees social media platforms.

With about one-third of the nation's 30 million people actively using Twitter, it is the country's main channel for public conversation.

When Rahaf Mohammed al-Qunun  fled her male guardians and tweeted for help from Bangkok airport earlier this year, the online attention she received raised her profile enough to be granted asylum in Canada and further damage the reputation of the regime after Khashoggi's death.

While more women such as Maha and Wafa Alsubaie had similar success using the platform to appeal for help, other high-profile asylum-seekers like Dina Ali Lasloom that have brought the guardianship system into focus on Twitter had less luck.

Many more women's rights activists inside Saudi Arabia, such as Loujain al-Hathloul, have been jailed to prevent them from trying to leave.

Maati Monjib, a political analyst at the University of Mohammed V in Rabat, Morocco, said while authoritarian states have long dominated traditional media, the arrival of social media has put regimes such as the Saudi monarchy under great pressure.

"It became clear to these authoritarian states they were no longer in control of public opinion, especially with the large rise of users of these social networks," Monjib told DW.

But while he said it became important for such states to control these platforms, they have also turned them to their advantage to gather information about dissidents and use that against them to undermine their credibility and isolate them from their support networks.

Saudi activist Abdulaziz Almoayyad told DW that while the inexperience of Mohammed bin Salman has led him to handle foreign and domestic relations very badly, the regime's manipulation of social media has vastly improved its control over the Saudi population while allowing it to carry out "psychological war."

By developing detailed profiles of everyone the regime sees as dissidents, "they know how to push them back," Almoayyad said.

DW has asked the Saudi Ministry of Foreign Affairs for comment.