Saudi Arabia pressures Bangladesh to issue passports to Rohingya | Asia| An in-depth look at news from across the continent | DW | 07.10.2020

Saudi Arabia wants Bangladesh to give passports to 54,000 stateless Rohingya refugees who have lived in the kingdom for decades. But many of them have never stepped foot in Bangladesh. 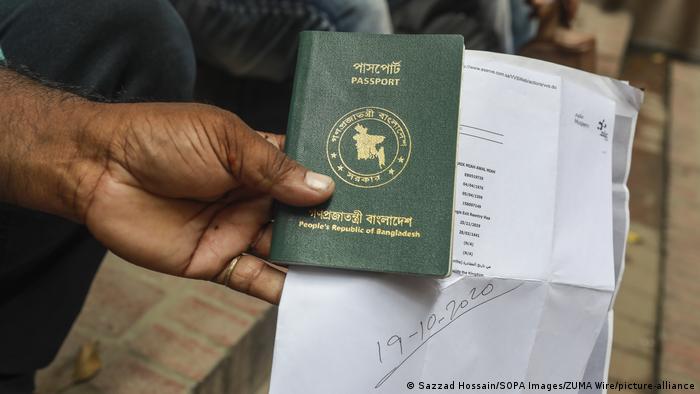 Almost 40 years ago, Saudi Arabia took in tens of thousands of Rohingya refugees who were facing persecution in Myanmar. Now, Riyadh wants Muslim-majority Bangladesh to issue passports to some 54,000 Rohingya.

Last month, Bangladesh's foreign minister, AK Abdul Momen, said the Saudi government told Dhaka it "would be helpful" if the refugees were given Bangladeshi passports as the kingdom "doesn't keep stateless people."

The Rohingya in Saudi Arabia do not hold a passport from any country. Even the children of the refugees who were born in Saudi Arabia and speak Arabic are not offered Saudi citizenship.

"Many of the refugees have never come to Bangladesh and have no idea about the country. They know Saudi culture and speak the Arabic language," Momen told a press conference in the capital, Dhaka.

The Muslim Rohingya are an ethnic minority originating in Myanmar's Rakhine state. However, Myanmar refuses to recognize them as citizens.

For decades, the Rohingya have fled from persecution to other countries, most of them to neighboring Bangladesh.

Over 2 million Bangladeshi expats work in Saudi Arabia, sending over $3.5 billion (€2.98 billion) in remittances last year, which is a major source of income for the poor South Asian country. Dhaka and Riyadh also have strong political and defense ties.

Saudi Arabia has reportedly threatened Bangladesh with consequences if Dhaka doesn't provide passports to the Rohingya.

According to Bangladeshi media, Saudi Arabia could limit foreign workers from Bangladesh and put pressure on Bangladeshis currently working in the kingdom.

Foreign Minister Momen has acknowledged receiving these threats from Saudi officials. Bangladesh's dependence on remittances makes it difficult to ignore the pressure.

"Given the issue of remittances from Bangladeshi migrant workers in Saudi Arabia, the influence is no doubt massive," Shafiur Rahman, a Rohingya expert based in the UK, told DW. Michael Kugelman, a South Asia expert at the Washington-based Woodrow Wilson Center, said Bangladesh may be forced to compromise to save its labor market.

"Riyadh knows that Bangladeshi expats working in the kingdom provide large remittances back home and are viewed by Dhaka as a key economic asset," he told DW.

"Threatening to expel large numbers of these expats could send alarm bells ringing through Dhaka, putting more pressure on Bangladeshi authorities to take a step they'd prefer not to take," he added.

Bangladesh is already struggling to host over 1 million Rohingya refugees.

Momen said Bangladeshi passports will be given only to those Rohingya who can prove that they already held one in the past.

"Saudi Arabia knows that the Rohingya refugees are citizens of Myanmar. The kingdom should talk to that country first in this regard," he said.

In August 2017, hundreds of thousands of Rohingya fled from Myanmar to Bangladesh, escaping a campaign of persecution the UN has called "a textbook definition of ethnic cleansing."

"Since the Burmese regime has been persecuting the Rohingya community in Myanmar since the early 1970s, they have never had the chance to hold Burmese passports," said Nay San Lwin, a Rohingya refugee who lived in Saudi Arabia for a decade.

"Those who fled Myanmar to Saudi Arabia had to use passports of other countries, including Bangladesh," Lwin told DW, adding that the refugees were correctly identified upon arrival as Burmese nationals by Saudi authorities.

"It's irrelevant now which passport they used at that time," he said.

"One could make a robust argument that these Rohingya deserve Saudi citizenship, given how long they've been in the country," Kugelman said.

"But Riyadh likely hesitates to provide it, because if it did so it would have a greater legal and moral obligation to provide more assistance to a community that it likely regards as a burden," he added.

"Most of the Rohingya refugees in Saudi Arabia speak fluent Arabic. Only a few dozen of them obtained Saudi citizenship in the late 1950s and early 1960s," he said, adding Saudi citizenship rules are very strict. 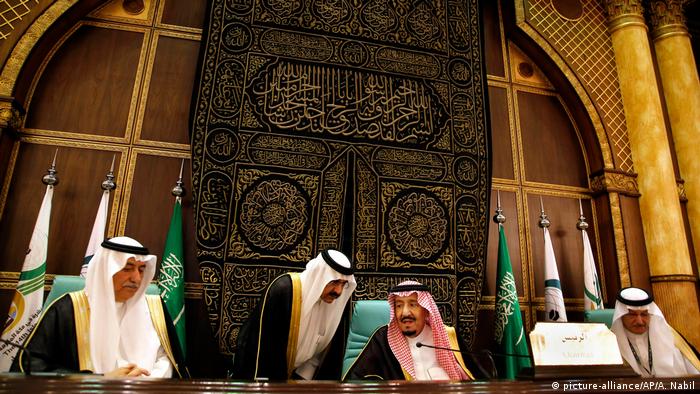 How could Saudi Arabia help?

Saudi Arabia could play a bigger role in the world's response to the Rohingya crisis, but the kingdom has not traditionally shown interest in promoting human rights.

"Saudi Arabia, as one of the world's wealthiest and most influential Muslim-majority states, should ideally position itself as a champion of the Rohingya cause," Kugelman said.

"This could entail making efforts to improve their plight in Saudi Arabia, providing humanitarian assistance to Rohingya refugees based in other countries, and pressuring Myanmar to ease up on its harsh crackdown on the Rohingya so that there are possibilities for safe repatriations of Rohingya back to Myanmar," he added.

Lwin believes that making Myanmar safe for the Rohingya community is the only solution that the international community, including Saudi Arabia, should focus on.

"As a powerful country in the Middle East, Saudi Arabia can take the lead by urging Organization of Islamic Cooperation (OIC) countries and their allies to place sanctions on Myanmar," he said.

"The permanent solution for the Rohingya is to end the ongoing genocide against them in Myanmar. The world needs to unite and end the Rohingya crisis, and Saudi Arabia can play a vital role here," he added.

The Saudi government did not respond to request for comment on the Rohingya issue.

The violent escalation of the Rohingya conflict in Myanmar last year resulted in hundreds of thousands of refugees. An inflammatory discourse, mainly on social media, was partly to blame for the crisis.