Is Pakistani intelligence radicalizing Rohingya refugees? | Asia | An in-depth look at news from across the continent | DW | 13.02.2020 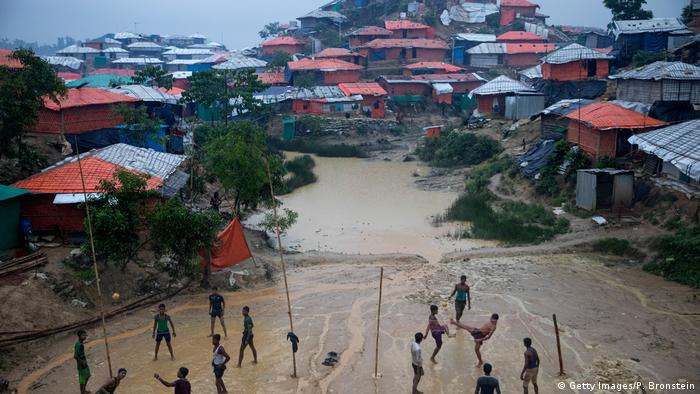 Last Saturday, in the hilly jungles near the Rohingya refugee camps in Bangladesh's Cox's Bazar district, police forces were involved in a gunfight with a criminal gang. Local news sources reported that the police rescued three Rohingya who were kidnapped and held for ransom. Earlier that week, a clash between two armed groups in the camps injured 14 Rohingya refugees.

"There were two groups," Mohammad Kashem, one of the injured, told DW. "They attacked one another and I was shot."

These are not the only criminal activities that are taking place in the Rohingya camps. Criminal groups have often been involved in confrontations within the camps and with police. At least 195 Rohingyas have been killed over the past year.

Cox's Bazar's superintendent of police, Masud Hossain, told DW that considering the number of Rohingya people living in the camps, such criminal actions are inevitable.

"If you put hundreds of thousands of people in a place like this, there is always a risk of crime," said Hossain. 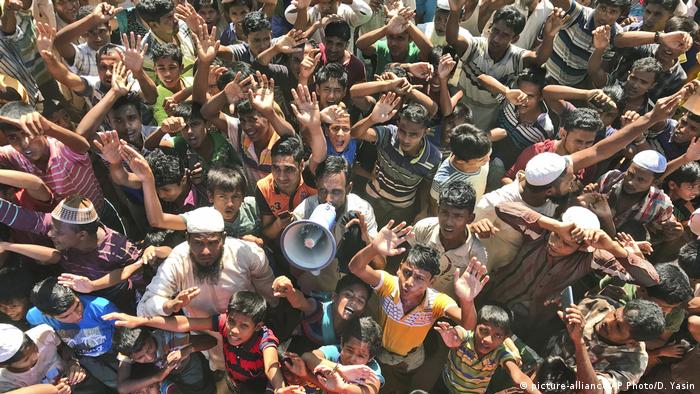 New concerns about external interference to influence the vulnerable Rohingyas are also emerging. "Since they [Rohingya refugees] came, the presence of arms and drug trades has increased," Tofael Ahmed, president of the community police of Cox's Bazar, told DW. "Many accuse some groups of instigating unrest in the camps. That is how they try to hinder the repatriation process."

It has long been a theory that external forces have been trying to fish in these troubled waters and spread extremist sentiment. Recent reports by Indian newspapers indicated that some of the efforts may have Pakistani links.

A Times of India report claimed in January that Indian agencies had issued a fresh warning to the country's armed forces and border guards that Pakistani Inter-Services Intelligence (ISI) is involved in providing training to 40 Rohingya people in Cox's Bazar.

They are providing this training through Jamaat-ul Mujahideen of Bangladesh (JMB), a Bangladeshi terrorist organization, claimed the report. It also reported that ISI provided JMB with a first installment of 10 million taka ($117,000, €107,000) that was funneled through Saudi Arabia and Malaysia for the training.

The report went on to say that India's intelligence agencies fear that these terrorists will be pushed into their country from Bangladesh after Pakistan has failed to do so through the Line of Control between Pakistan and India in Jammu and Kashmir where border protection has been strengthened. 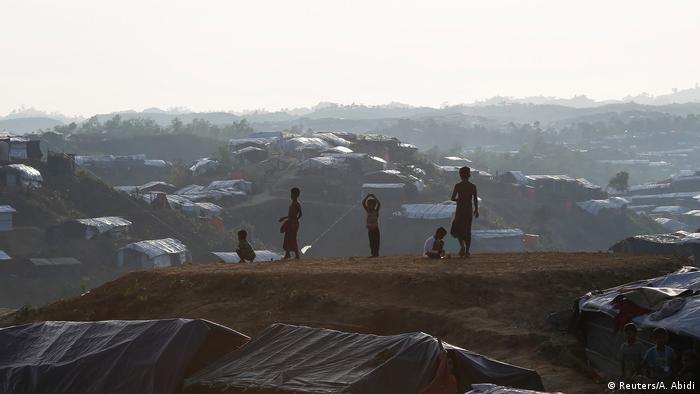 "There is clear evidence that Pakistan, via its ISI in conjunction with the military, is giving protection, training, strategic planning, financial assistance and equipment to terrorist and insurgency groups to destabilize neighboring countries, foremost Afghanistan and India," Wolf told DW.

He added that besides the "physical hurdles" due to the new international attention on Kashmir, it will be more difficult to keep its cross-border terrorism activities secret and subsequently deny its involvement. As such, the "third country" option is gaining more significance in challenging India.

"In this context, the Rohingyas are coming more and more in the focus of local terror groups. The extraordinarily deplorable conditions of the stateless Rohingya refugees in Bangladesh make them vulnerable to Jihadist recruitment measures," said Wolf.

Bangladeshi security expert Abdur Rashid sees another possible explanation for these reports and told DW that this kind of information is sometimes utilized to push geopolitical agendas.

"It is not that no vested efforts have been made to radicalize the stateless Rohingyas. Many have tried and failed because of the strong monitoring from Bangladeshi law enforcement agencies," said Rashid. "If India has specific intelligence reports, they should inform their Bangladeshi counterparts so that potential threats could be resolved."

Rashid, a former major general of the army and the executive director of the Institute of Conflict, Law & Development Studies in Dhaka, added that Bangladesh has so far been very helpful to India in facing security issues in its northeastern regions.

"Pakistan might have provided support to some radical groups to destabilize India, but Bangladesh never has," said Rashid. "So I will say that this information is either based on guesses or may be to further a geopolitical agenda."

However, Dhaka has always been concerned about the dissemination of radical ideas among the Rohingya community. Prime Minister Sheikh Hasina has constantly warned the world that if such threats spread in the area, they will not only put Bangladesh at risk, but the entire region.

Read more: Opinion: Why has the West failed to address the Rohingya crisis?

According to Bangladesh's state minister for foreign affairs, Shahriar Alam, his government has a zero-tolerance policy in addressing such moves.

"The United Nations has researched this issue. Some countries that have expertise also searched for potential extremist efforts and found out that until now, no such efforts have been successful," Alam told DW.

"But we don't turn down potential threats," he added. "All intelligence and law order agencies under this government are on their toes to stop any exploitation of these people for any country's or group's vested interest."

The small vessel was attempting to carry 124 people on the 2,000-mile journey to Malaysia. Refugees are reportedly being wooed away from Bangladeshi camps by traffickers. (11.02.2020)

The International Court of Justice says provisional measures must be implemented to protect Myanmar's Rohingya minority. In 2017, over 700,000 Rohingya fled to Bangladesh to escape violence from Myanmar security forces. (23.01.2020)