Saudi activist Loujain al-Hathloul no longer in jail but still not free | Middle East | News and analysis of events in the Arab world | DW | 12.02.2021 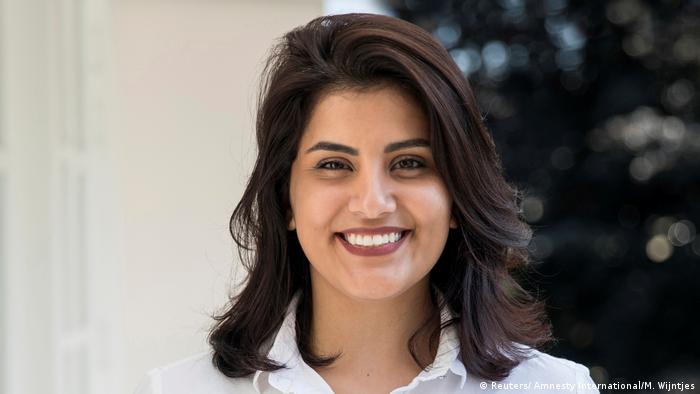 Al-Hathloul says the fight for more rights isn't over

She spent 1,001 nights in jail, or just under three years, and now the famous Saudi Arabian human rights activist is out on probation. "Loujain is at home," her sister Lina al-Hathloul wrote on Twitter. She also posted a screenshot of a video conversation with her sister in which she was seen smiling.

Her other sister, Alia al-Hathloul, said this about her sister's release during an online press conference: "It was a very special moment when I saw her, a moment I'll never forget. She's such a strong woman. That's the woman I know. We're happy she'll now be able to sleep in a warm bed."

The human rights activist says one of the first things she wants to do is eat ice cream and her sister Alia, who lives in Belgium, said she had popped out to the supermarket to buy ice cream to celebrate with her sister.

For years, Loujain al-Hathloul had challenged the ban on women driving and other legal restrictions in Saudi Arabia. The restrictions were imposed under the country's guardianship system, which required that females have male guardians with them at all times. She was arrested and jailed in May 2018.

Saudi Arabia, a few weeks later, changed the law prohibiting women from driving and observers believe that Crown Prince, Mohammad bin Salman, a self-styled reformer himself, didn't want it to look like the role of female activists had forced the change in the law.

In December 2020, a judge sentenced her to five years and eight months in prison after finding her guilty of violating the country's counter-terrorism law. She was charged with violating national security and of maintaining contacts with foreign governments in an attempt to change the country's political system. At the time of the verdict, she had already spent over two years in custody while awaiting trial. 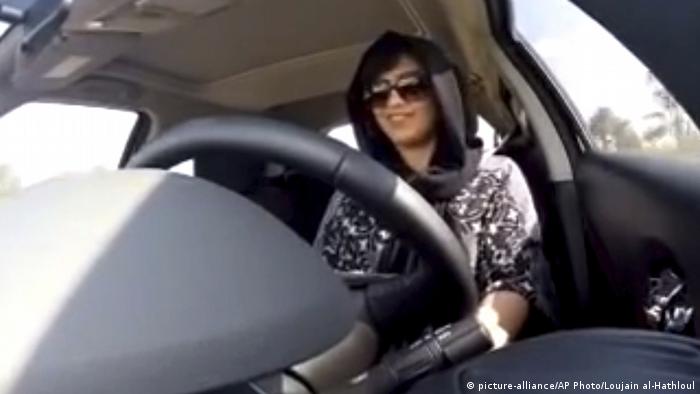 For years, Loujain al-Hathloul had challenged the ban on women driving and other legal restrictions in Saudi Arabia

The fight isn't over

Loujain al-Hathloul's family had hoped that she would get out of jail on probation in the coming months. With 1,001 days in jail now behind her, her sister Lina still doesn't think the matter is over. "Loujain is home, but she isn't free," she said.

She may be home but she's still not allowed to leave the country for five years. If she does so, she'll be violating her parole. Her parents too have had trouble leaving the country in recent years. Officials never told them why.

Saudi Arabia's counterterrorism court, which was established in 2008, has its own definition of what it considers to be terrorism, according to Middle East expert Guido Steinberg from the German Institute for International and Security Affairs (SWP). "The government in Saudi Arabia defines what exactly terrorism is," he said. "What we have here is a political trial set in motion by political leadership. This court was established to accomplish such things."

According to Loujain's supporters, she can be sent back to jail at any time over the next three years if she is seen as having violated her parole in any way. That's why her sister Lina thinks she won't be going on social media anytime soon. Her Tweets are now considered illegal and any activity in this regard would be considered a cybercrime.

The 31-year-old activist's release from jail was hailed internationally. Amnesty International called her release long overdue and leaders around the world, including French President Emmanuel Macron and US President Joe Biden echoed that sentiment.

Did the US government play a role in her release? 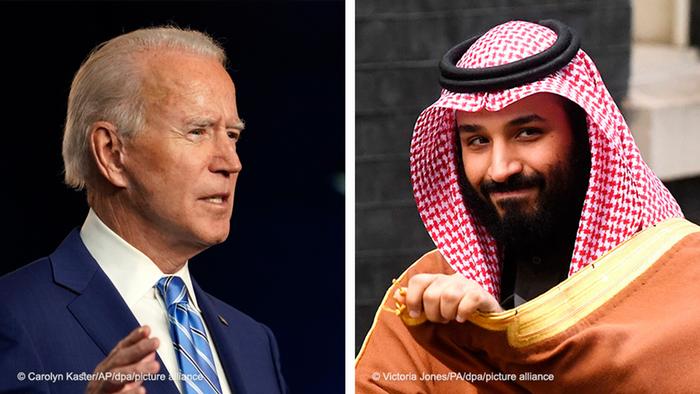 Bidensaid back on the campaign trail in 2020 that if elected president, human rights violations in Saudi Arabia would be dealt with in a much stricter way than was the case during the Trump administration.  According to SWP's Guido Steinberg, it's very possible that the change in power from Trump to Biden played a "very important role" in her release.

The timing of the court decision — three weeks after Biden took office — is not mere coincidence, many say. Loujain's sister Alia also thinks pressure from Washington helped get her sister out of jail earlier.

Former US President Donald Trump maintained warm relations with the Saudi Crown Prince and saw him as an ally in the region against Iran. Despite numerous human rights violations and the murder of Saudi journalist Jamal Khashoggi, he never swayed from his pro-Saudi stance. Numerous human rights activists and critics of the Saudi government remain in jail today, including the activists Nassima al-Saddah, Maya al-Zahrani and Samar Badawi, the sister of the prominent blogger Raif Badawi. And Steinberg doesn't expect the situation to improve anytime soon. "The tolerance the Saudi government has had for opposition figures, even moderate opposition figures, has become less and less over the last few years."

Lina al-Hathloul is not exactly optimistic when it comes to improvements on human rights in her country. "Loujain's release from jail is of course good for her and good for us, her family. But that doesn't change anything with regard to the systemic problems the country faces. Women won't be getting more rights just because she's been released from jail. As long as she is prevented from being an activist, nothing will change," she said.

But don't expect Loujain al-Hathloul to give up the fight anytime soon. She wants justice because she was tortured, her sister Alia said. "She will never be able to forget what happened to her."

Women's rights activist Loujain al-Hathloul is appealing against her verdict. A court in Saudi Arabia had convicted her of being a terrorist – for getting behind the wheel of a car, among other things.