Contemporary history, imagination and the question of good and evil are the main elements in Salman Rushdie's new book. It's a masterful reckoning with American culture in the transition from Obama to Trump. One would think the death threats against Salman Rushdie have all but disappeared. That's how freely the British Indian novelist, who has lived in New York for the past 17 years, moves about both in the Big Apple and abroad these days.

Despite the $4-million bounty on his head, he now only uses bodyguards for major public appearances.

But there is one precaution that is still taken, and that is primarily to protect those who work with and for him, be it publishers or translators: His book in the English original and its translations into various languages are always published simultaneously. Just like his latest novel, "Golden House," which was released on Tuesday, Sept. 5.

The 500-page story revolves around the immensely wealthy developer and contractor Nero Golden, who settles down in New York City with his motherless sons on precisely the day of President Barack Obama's inauguration. The old man and his sons are fleeing from the past.

The tragedy of a country - India - and a city - Mumbai - is also their own personal tragedy. The wife, and mother of two of the boys, was killed in an Islamist terrorist attack on a luxury hotel in 2008. It's an event that haunts the man and his sons when they move into the largest of all the houses in the elegant MacDougal-Sullivan Gardens Historic District in Greenwich Village. 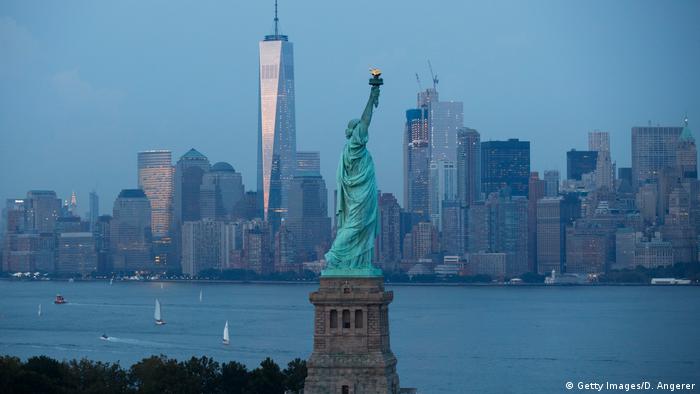 New York is the backdrop of Rushdie's new novel

The person who chronicles the story of the Goldens is a young filmmaker by the name of René. The intellectual, who has led a sheltered life growing up in a family of academics, discovers the perfect, long sought-after material for his script in the neighbors who have just moved in.

The characters encounter each other in the broad sweep of back gardens accessible to all the residents.

Rushdie employs all sorts of narrative tricks in creating his characters. The first-person narrator becomes more and more of a figure in the novel, developing from observer to actor.

Golden and his sons almost seem like figures from Greek or Roman mythology - at once tragedy and comedy.

They have also chosen new names for their new lives in New York: Nero, like the ancient Roman emperor; the brooding, handicapped Petronius; second-in-line Lucius Apuleius, artist and all-around muse; and gender-confused Dionysos. But to keep it simple for everyday American life, they go by "Petya, Apu and D." 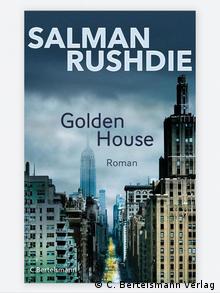 Translations, such as the German one shown here, come out at the same time as the English

Early in the novel, narrator René says he is aiming for operatic realism as a narrative style for his script, and that's indeed where things head in the novel. Rushdie weaves all sorts of layers together in his book. Fact-based material is linked into the narrative, along with literary references, excerpts from film scripts, fairy tale fiction, and mythological scenarios.

But the book also comes across as a thriller, with almost silly cliffhangers at the end of numerous chapters. Then the tone changes into something light-hearted, funny, burlesque, before moving onto being a commentary on current events - all of it demonstrating just what a master of narrative technique Rushdie is.

What is truth and who are we?

Rushdie uncovers the dilemma of determining what exactly truth is and what not, both in his new novel and in the interviews he has given accompanying the book's release.

"One things that is happening in [the United States] is that words are being robbed of their meaning. The liars are accusing the people who are telling the truth of disseminating 'fake news.' Everything has been turned on its head," Rushdie said in an interview with German public television broadcaster ARD. 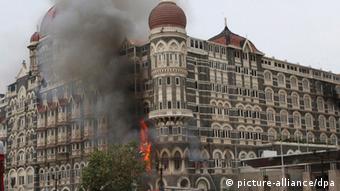 That is part of the backdrop for the private tragedy of the Golden family. The whole story is embedded in contemporary history - from President Barack Obama's inauguration to the election of Donald Trump.

Trump, who is not named as such in the novel, is embodied by a character reminiscent of the green-haired evil Joker from Batman comics.

"I wanted a social-cultural tragedy of a great nation that is in the process of losing its identity to encapsulate a personal one; in other words, to write a tragedy within a tragedy," Rushdie said.

The novel ultimately tackles question of the nature of good and evil. Does evil always corrupt the good - just as the Mafia connection does with the Goldens' new life?

The moral of imagination

Or can evil powers turn to good? The young Russian Vasilisa Arsenyeva hails from Siberia and owns a magical doll which protects her from the evil witch Baba Jaga. Or has the ugly old witch devoured Vasilisa, thereby obtaining the beauty of the young girl?

This dazzling, two-faced figure could nearly represent the principle of hope in the novel. In it, Nero Golden, a modern-day Gatsby, fails. But the power of imagination continues to resonate - and that is what constitutes the art of a masterful storyteller.

Donald Trump is a big celebrity himself, but that doesn't seem to satisfy him: He still strives for star approval like no other head of state. Here are a few examples of his love-hate relation with artists. (11.01.2017)