German-Iranian artists like writer Navid Kermani and actress Jasmin Tabatabai are impacted by the new US travel restrictions. Germany's top cultural institution, the Deutscher Kulturrat, has criticized the ban. 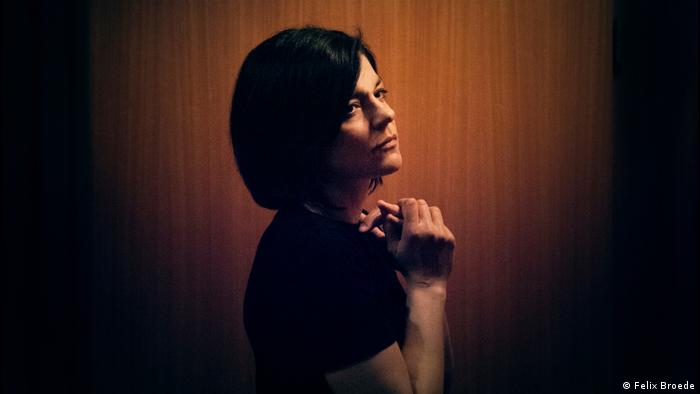 "We are shocked and deeply concerned by the developments in the United States," Olaf Zimmermann, the head of Germany's association of cultural institutions, the Deutscher Kulturrat, said Monday in a statement.

"The travel ban for people from Muslim-majority countries tramples underfoot our common values," continued Zimmermann. "The international cultural exchange will be severely curtailed due to these measures."

On Friday, US President Donald Trump signed an order banning for 90 days the entry into the US of those holding passports of seven Muslim-majority countries: Iran, Iraq, Libya, Somalia, Sudan, Syria and Yemen. The move, which also bars individuals who hold a second passport from entering the US, has stirred a global wave of controversy.

Prominent German-Iranian writer and Islam scholar Navid Kermani, who received the Peace Prize of the German Book Trade in 2015, is among the cultural figures in German who are impacted by the ban. Another is artist Kani Alavi, who famously painted portions of the Berlin Wall in 1990, which became the East Side Gallery.

German-Iranian actress and singer Jasmin Tabatabai shared on Twitter that she is impacted by the travel ban.

Tabatabai, who now lives in Berlin, was born in 1967 in Iran to a German mother and Iranian father. She wrote in a guest commentary for German tabloid "Bild" that she was married to an American for five years and is the mother of a 14-year-old American citizen.

"Discriminating against people due to their ethnicity is outrageous and profoundly un-American," wrote Tabatabai for "Bild." "It's scary to think what could still happen."

US President Donald Trump's border clampdown has stirred Starbucks and Airbnb to help those affected by the temporary immigration ban - pledging to hire more refugees and provide accommodation. (30.01.2017)

A photo exhibition titled "The New Abnormal" at the Museum Deichtorhallen in Hamburg tells of the horrors of war and the will to resist.

Egyptian artist Mohamed Abla has long found Cairo's bustling streets a source of inspiration. In 2011, he documented the Egyptian Revolution, and he also founded a caricature museum.