Salman Rushdie opened the Frankfurt Book Fair by pointing out that freedom of opinion is dwindling in the West. It's a tough message that we need to hear, says DW's Rainer Traube. 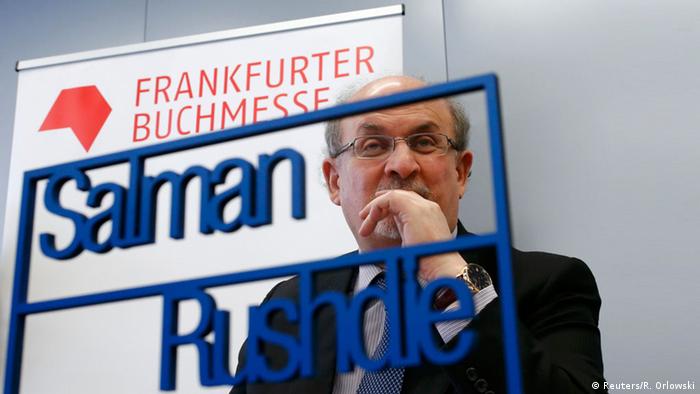 On the cover of the German edition of Salman Rushdie's new novel, there is a giant bolt of lightening stretching down from a dark cloud toward the small figure of a man. It's not difficult to interpret the image: The author himself, who has been subjected to the scorn of fanatical Muslims for the past 26 years, is the vulnerable figure.

Just how vulnerable Rushdie is became evident this week in Frankfurt: The unusually strict security measures surrounding his short appearance at the opening of the Book Fair; the Iranian delegation's offended cancelation.

In Tehran, where a fatwa was proclaimed against Rushdie in 1989, the author's name is still synonymous with provocation. Rushdie, who spent a year in hiding with a pseudonym and under police protection, knows what it means to be helpless. "It's not enough to protect our books," he said. "We also need protection ourselves." 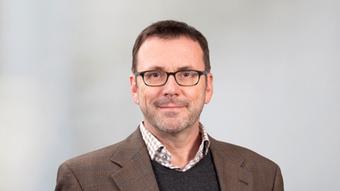 We're not talking here about just Asia or the Arab World. Even Europe's last dictator, Belarusian President Alexander Lukashenko, indulges in blaspheming democratic values. Once again, Rushdie must remind us that freedom of expression is not specific to cultures or religions, but is as universal as the art of storytelling itself.

It seems that even in Western society, consensus over freedom of opinion is eroding, and it's only appropriate that this should enrage the author of "The Satanic Verses." The discussion in the US about so-called trigger words - hyper-sensitive readers are warned of controversial content before opening a book - is one example. Then there were the students at an American university who refused to read a comic book about lesbian love. They cited religious convictions.

The fact that some left-wing intellectuals discredit all criticism of Islam as "Islamophobic" is equally disturbing. That is exactly what happened when some 200 PEN authors distanced themselves earlier this year from a human rights prize awarded to Paris' satirical magazine "Charlie Hebdo." Big names were among the critics, including Michael Ondaatje and Teju Cole.

When authors respond like that, says Rushdie, they betray all those who are fighting for their freedom, who are suffering, or - in the case of "Charlie Hebdo" - being murdered. And that makes them sympathizers of fanatics.

We need the clear mind of someone like Salman Rushdie to recognize where the boundaries of tolerance lie. "It falls to us to hold the line," he warned in Frankfurt. We must defend freedom. If we don't do it, who will?

In countries like China, Egypt or Iran, publishing a book can be a crime. As the Frankfurt Book Fair opens, here are publishers that give silenced authors a voice. One even helped its author defect. (13.10.2015)