The world-famous novelist has called freedom of speech a fundamental right in his keynote address at the annual literary festival. His words come after Iran boycotted the event because of his presence. 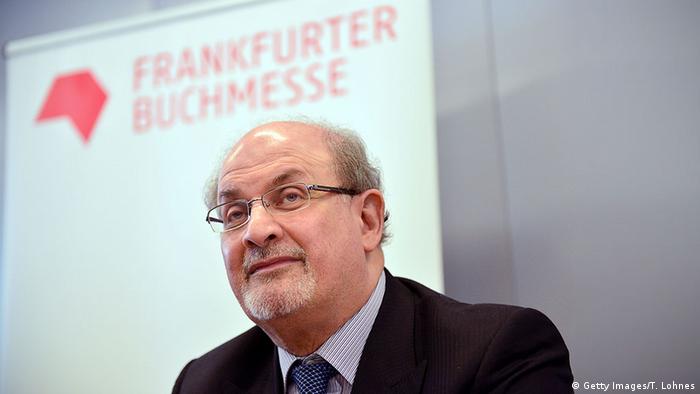 Salman Rushdie, the venerated British-Indian author, delivered an impassioned defense of free speech in his opening address at the Frankfurt Book Fair on Tuesday, decrying censorship as "an attack on human nature."

"Without that freedom of expression, all other freedoms fail," the Booker Prize-winning author told reporters.

His address comes a week after the Iranian government said it was boycotting the festival because of its decision to invite Rushdie as a guest speaker.

In a statement, Iran's culture ministry said the Frankurt Book Fair's organizers had, "under the pretext of freedom of expression, invited a person who is hated in the Islamic world...." In spite of the government's decision, however, around 10 Iranian publishers said they would still attend.

Free speech is 'not negotiable'

The 68-year-old author became the center of a literary controversy with the publication of his 1988 novel "The Satanic Verses." Offended by the book's depiction of the Prophet Muhammad, Iran's then-leader Ayatollah Khomeini ordered a fatwa - or death warrant - against Rushdie. The fatwa is still in force today.

Frankfurt Book Fair director Juergen Boos said Rushdie had been invited because his "biography and his literary works make him an influential voice in the global discussion on freedom of expression in publication."

"Freedom of the word is not negotiable," Boos said.

Controversial author Salman Rushdie is delivering the opening address at the Frankfurt Book Fair. This year, the focus will be on Indonesia's women authors tackling taboo topics like sex and religion through their work. (13.10.2015)