In countries like China, Egypt or Iran, publishing a book can be a crime. As the Frankfurt Book Fair opens, here are publishers that give silenced authors a voice. One even helped its author defect. 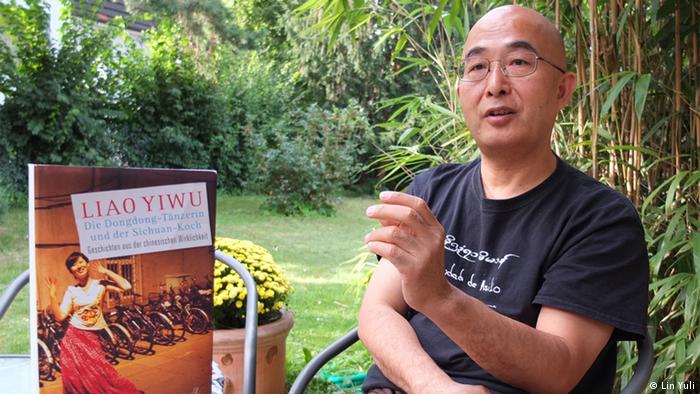 Persian literature makes up a large part of what the P. Kirchheim Verlag, a small German publishing house in Munich, does. "I am particularly interested in authors who take on political issues, and in literature from Iran that does not exclude that aspect," says the publisher.

In September, the latest novel by one of his most prominent authors, Amir Hassan Cheheltan, was published in Germany under the title "Iranische Dämmerung" (Iranian Twilight). In his homeland of Iran, the book is only available in a very reduced, mutilated form. When it was to be crowned the best book of the year in Tehran, the author vehemently opposed the prize.

Perhaps his most important novel - "Revolution Street" - was first published in 2009 in German and not until 2014 in English. The book, which vividly depicts life in post-revolutionary Tehran, is not available for purchase in Iran. "He has become very cautious," Peter Kirchheim said of Cheheltan, who used to chair Iran's writers' association. "Like many other Iranian authors, he tries to publish abroad where nobody can impede his work." 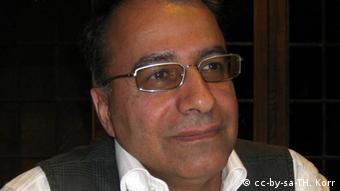 Kirchheim's aim is to paint a differentiated view of Iranian cultural for German readers. "Most of the news concentrates on political issues, especially on the attempts of the West to prevent Iran from producing a nuclear bomb. But there is also a Western lifestyle there, hidden behind a veil," he added.

Uncovering the works of suppressed writers

Since its creation in 1975, the Unionsverlag publishing house directs readers' attention to distant, foreign and often politically volatile regions. It's fitting that the publishing house chose the slogan "Around the world in 40 years" to celebrate its 40th anniversary. Publisher Lucien Leitess has vowed to focus on regions and issues that are often suppressed or ignored.

Nevertheless, literary quality is also of utmost importance for him: "We do not select books according to their risk factor, but rather according to their literary importance. In this way, one inevitably moves on to regions of the world where authors, as well as journalists and other people, are living in danger," he said.

Leitess has published works by renowned authors who have been persecuted in their home countries: Among them are Egyptian Nobel laureate Naguib Mahfouz who was stabbed by Islamist assassins; Algerian writer Assia Djebar, who was forced into exile; the repeatedly imprisoned Turkish novelist Yaşar Kemal; and Indonesian writer Pramoedya Ananta Toer, who was abducted to an island for convicts. 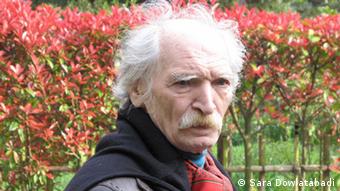 "For such authors, one is not only a book producer and publisher, but also an ally. We are a support for the author," said Leitess.

That also holds true for the Unionsverlag when it comes to Iranian author Mahmoud Dowlatabadi, considered a living legend in his home country. His novel, "Kelidar," which he wrote on toilet paper in prison under the Shah regime, was later published in Zurich. Unionsverlag also published the first edition of his novel "The Colonel," a bleak and shocking panorama of the era of the Islamic Revolution under Khomeini.

At that time, the Iranian censors had informed Dowlatabi that "The Colonel" was a masterpiece, and that it was impossible to cut anything, but that at the same time, it was not possible to publish it - and they have never permitted its publication.

The objective of Chinese author Liao Yiwu, who writes books with literary interviews, is to portray "China's society from below." The exiled author, who was awarded the Peace Prize of the German Book Trade, three years ago, wants to reveal what official propaganda covers up. "I consider myself as a recorder of present times, recording what other people tell me," says the author.

Chinese authorities arrested Liao Yiwu for "spreading counter-revolutionary propaganda," sentencing him to four years in prison. Following his release, he recorded the bitter experiences he'd had while in custody, but his manuscript was immediately confiscated. The authorities made clear that the author would have to atone for publishing his work. But Liao Yiwu was determined to not give in - and was supported by his German publisher.

"He has clearly stated that he wanted the book to be published. At the same time, we felt responsible for the author's safety and we did not want to jeopardize him. So that was an extremely difficult situation," recalled Fischer's program director Peter Sillem. 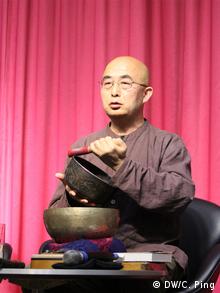 The cover of Liao Yiwu's most wellknown books in German.

When a publisher helps a writer defect

The author and his publishing house have been in close contact ever since the book, "The Corpse Walker: Real Life Stories: China From the Bottom Up") was published in German in 2009. Two years later, this professional relations led to a small conspiracy. Vietnam, Liao Yiwu fled from his home country to Germany.

The Fischer publishing house knew about the plans, which is why Peter Sillem was sitting in his Frankfurt office when problems arose in Hanoi. After Liao Yiwu successfully managed to make it out of Vietnam and enter Germany, Sillem welcomed the author in Berlin.

In 2011, Fischer published "For a Song and a Hundred Songs," Liao Yiwu had written in jail. The following year saw the publication of "The Bullet and the Opium," focusing on the Tiananmen Square massacre.

Liao Yiwu is currently working on his next novel in Berlin. For the first time in his life, he can write freely. For Sillem, his collaboration with the dissident writer has been a memorable experience. "You becomes aware of something that you just doen't think about on a daily basis: That it's not at all matter-of-fact that books may be published. And how existential literature can be - literally speaking. It is a great fortune to be able to help a writer publish a book that a powerful government wanted to destroy. This book is now available - nobody can change that now."